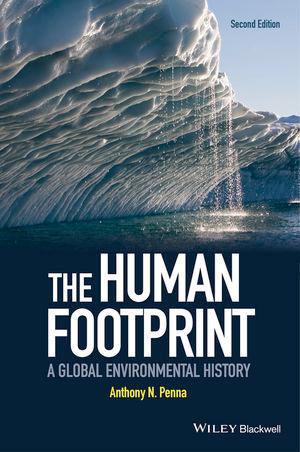 Anthony N. Penna is Professor Emeritus of History,Northeastern University. His books include Nature'sBounty: Historical and Modern Environmental Perspectives(1999), Remaking Boston: An Environmental History of the Cityand Its Surroundings (co-editor, 2009), and NaturalDisasters in a Global Environment (co-author; Wiley, 2013).

The Nature of World History

There has been a surging interest in the field of world history as scholars attempt to cross regional and national boundaries. By weaving national biographies into world history, we engage the fragments of history by fitting them together in a coherent and meaningful whole. Herein lies one of the big intellectual challenges for world historians, namely to transcend national frontiers, and study forces such as population movements, economic fluctuations, climatic changes, and the transfer of technologies.1 It remains a vibrant yet contested subject not only because it disturbs the 200-year dominance of European and American national narratives and a trend of subordinating the rest of the world to a Euro-American paradigm but also because no institutional framework in the profession of historians exists for world history. As a highly successful approach to studying change over time, the nation state will remain the primary vehicle for analyzing the experiences of individual, local, and regional communities. For world historians, exploring the connections, comparisons, and systems that help to situate historical development in larger appropriate contexts2 will increasingly become their domain.

Micro-historical studies that focus on vertical trends dominate the research agendas of most American and European universities. The continuing importance of specific studies will remain unchanged but recent developments in world history argue for what one historian has described as a horizontally integrative macro-history, one that described and explained interrelated historical phenomena.3 Looking inward to describe changes in aspiring national histories and outward in an effort to make interregional connections and exchanges places less emphasis on persons and nations. As historians go about this transformation in describing world historical events, they attempt to decenter
Europe, despite its dominance in world affairs from the beginning of industrialization through World War II.

By decentering Europe, other parts of the world come into clearer focus in the millennia before industrialization. The coal revolution released energy from the fossil remains of plants and animals, altered global material culture in the nineteenth century, and served as a point of demarcation, separating the premodern from the modern world. Additionally, world history encompasses a longer and deeper history, one that is not bounded within a Judeo-Christian framework and one in which the fossilized remains of humans allow archeologists, paleo-anthropologists, and geneticists to gain insight into the physiological development of early humans. Their diets, health, and vulnerability to disease and predation serve as windows into a deep history of humanity.4

The Nature of Big History

Big history attempts to place human history within the framework of the history of the universe from its beginnings to life on Earth today. In the words of Fred Spier, one of the field's primary scholars, big history look[s] at the large-scale patterns of the major processes that have shaped our common past.5 In The Human Footprint, those patterns and processes are identified in the chapter headings and subtitles as they relate to natural and human history. Fred Spier poignantly referred to

In this regard, Chapter 1 and Chapter 2 in this volume attempt to make these cosmic and human connections. The book's remaining chapters have a human focus and draw heavily on the concept
ual framework pioneered by the historian David Christian, who gave this new field its name, big history.

The Nature of World Environmental History

This world environmental history is not a comprehensive survey of human history focused on civilizations, nations, personal biographies, or events. Plenty of existing world histories accomplish this important task. This one focuses on great transformations in human history and the relationship between human history and natural history, with the emphasis on human worldnatural world interrelationships. In the words of J. R. McNeill, it concerns itself with changes in biological and physical environments, and how those changes affect human societies.7 It approaches this challenge by reformulating prior knowledge about local, regional, and national histories and by using knowledge that integrates and interrelates these histories.

Additionally, some of the reformulation occurs by crossing disciplinary boundaries and using the research findings and new knowledge of geologists, climatologists, evolutionary biologists, archeologists, paleo-anthropologists, demographers, economists, and the social sciences as they study Earth's history, evolution, agricultural productivity, urban planning, manufacturing, industry, consumption, and energy use. Scholars across the disciplines are committed to understanding developments as they have been and are now in the real world, not as imagined constructions without a scientific basis. Each discipline, with its own perspective, contains a unique theoretical structure and proof process. In essence, scholars may study the same subject from their traditional disciplinary perspectives but arrive at different places studying the same real world. In its own way, this book integrates great global transformations and evolutions, telescoped from planetary and human origins to modern consumption patterns and energy uses. Each effort to integrate disciplines as well as lo
cal, regional, national, and transnational histories makes the global transformations that draw on ecology and environment possible.

Because histories of humankind assume a global ecological system that made life possible and sustainable, they ignore the origins of Earth and its development over billions of years. Leaving little about Earth's history to the imagination, this book begins with an examination of the evolutionary history of our planet that made all life forms, including human life, possible and sustainable. As astronomer Carl Sagan famously said, we are all stardust. Our bodies are made of oxygen, carbon, nitrogen, and iron, all elements synthesized in the thermonuclear explosions of stars that seeded future stars with heavier elements.8 In its own way, as volatile as the universe, Earth's history is punctuated with massive tectonic movements that became a complex arrangement of continents.

According to many scientists, changes in the natural world provided the conditions for evolution. As Fred Spier has noted, plate tectonics may have played a dominant part in driving biological evolution, including human evolution. Continuous shifts in the position of Earth's land masses led to changes in the ocean currents, which influenced the global climate. I see this as an example of how dominant geological and climate regimes can influence human evolution.9

Although the science of human genetics and evolutionary biology are rapidly changing disciplines, their ability to map genetic and biological structures offers insights into our evolutionary history. In response to geological and climate changes a million and a half years ago, Homo erectus, an early hominid, whose genus, Homo, originated in eastern Africa about 2.5 million years ago (mya) developed anatomical features more closely identifiable as modern. An increased brain size, a flatter face and jaw, a tilted pel
vis for walking upright, and longer limbs distinguished H. erectus from its hominid predecessors.10 Cultural changes accompanied the physiological ones. Paleo-anthropologists now believe that H. erectus may have numbered only 18,500 breeding individuals with offspring totaling about 30,000 when they began their migration out of Africa.11 Our understanding of the co-evolutionary processes of Earth and of humanity enhances our growing commitment to a historical interpretation based on ecological interdependencies.

Mass Migrations and the Rise of Agriculture

A cooling climate changed the tropical habitat of H. erectus and initiated its migration from eastern Africa to Eurasia, a million or more years ago. With intervals of hundreds of thousands of years separating them, other migrations followed, including the migration of Homo sapiens out of Africa about 100,000 BP. Warming climates, retreating ice sheets, the loss of habitat for Ice Age megafauna such as mammoths and other large herbivores, and extreme predation by hunters and gatherers may have created a nutritional bottleneck. The mass extinction of megafauna may have caused a buildup of fuel that suggests the human use of fire to clear woodlands and increase open spaces for the spread of seeded plants. For instance, fire-stick farming by Australian Aborigines created fine-grained landscape mosaics with greater small-animal diversity and increased hunting productivity.12 Extreme predation represents another early example of the human footprint on the natural world. One of its unintended consequences allowed smaller...