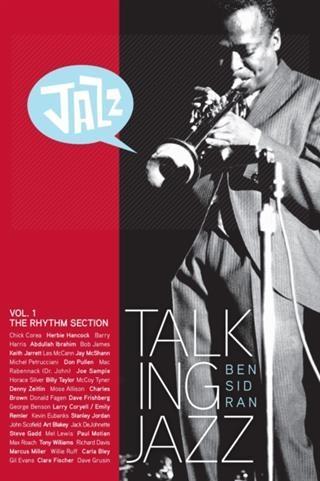 INTRODUCTION TO THE 2nd EDITION

Since the original publication of Talking Jazz, Ive had the chance to discuss its themes with many people; the two topics that come up most often are, Well, how is jazz doing these days? and, Whats jazz all about, anyway? Obviously, these are part of the same question, and therefore, the same answer applies:

In many ways, these are the best of times and the worst of times for jazz.

On the one hand, music schools are turning out thousands of thoroughly prepared young players who at an earlier age are better versed in the grammar and idioms of jazz than ever before. The recorded evidence speaks eloquently of the success of our education system. Again and again, a major record label touts another nineteen or twenty year old musician who is burning up their instrument, playing quotes from the old masters, and leapfrogging through the most difficult chord sequences with the greatest of ease. In the popular press and the trades alike, this is offered up as the promise of a bright jazz future.

On the other hand, most of the new jazz prodigies dont sound like anybody. That is, you cant identify their voice on their instrument of choice; you cant pick them out of a crowd. They are just musical faces in a landscape overpopulated with faces. Often dressed in expensive suits and beautifully backlit in photos, they offer up very little in the way of hope or salve for the human condition. In short, they are playing notes rather than feelings.

Why is this? How can one master every aspect of jazz technique and vocabulary but somehow fail to develop ones own voice? Indeed, why does the former sometimes preclude the latter?

Perhaps the greatest mystery in the life of a
jazz musician is just where this style comes from. Clearly, its not in the notes, because anybody can play a given sequence of notes. The infinite line of monkeys will eventually come up with the exact composition Round Midnight, only it will take a very long time. Its not in the technical mastery, or speed, because often the fastest players are the most boring to listen to.

Why doesnt todays education lead to the development of style?

First of all, we are too often trained to listen without hearing. Not just that we often dont take the time to peer with our ears into the heart of the music and feel the relationships between the colors and voices. Or that in attempting to do so we often focus on the literal notes that are being played instead of the larger shadows that are being cast by the movement of great forces. Rather, we are tricked into believing that the information we seek is literally there.

Education forces us to categorize what we experience, to define a thing so that we can dispense with it. Jazz students strive to understand that which has practical value to them at the moment: what notes are being played? Is it the raised ninth or the flatted ninth? Yes, the difference is important, but, no, knowing the difference does not necessarily lead to style.

Over and over again, we prove that we can pull the wings off the butterfly to understand the mechanics of its flight and in so doing we end all future possibilities of the same. The notes are the wings; the sound is the flight.

While jazz musicians are usually the last to explain how they arrive at their sound, they are united and very clear about the fact that it is their sound that is the key to their style. The physical sound that they produce, the timbrel qualities of their musical voice, rather than the rationality of their note choice, is the heart of the issue. They may talk about their approach to this particular musical puzzle o
r that specific series of chords, but when you mention their voice, they just smile and shake their head.

Think of it as a human voice, the sound of a friend calling on the phone. You can distinguish a friends voice from the first hello. So too a jazz musicians sound; from the first two notes, you know its Miles or Dizzy or whomever. Their voice, as it emerges through the act of making music, can be as recognizable as a friends. Or, in the case of many of the young suits, as faceless as the computer down at the telephone company.

The key is that playing jazz is a very physical thing. One spends thousands of hours wrestling with a bit of brass, a few strings or a handful of keys. The sound that is produced over years is a product of physical relationships and physical habits, good (i.e. the way Elvin Jones sits on his drum stool prepares him to leap off into the rhythm), bad (i.e. Dizzy Gillespies huge cheek pouches indicate wrong technique but no doubt contributed to his sound), and unique (i.e. Thelonious Monks straight fingered approach to the keyboard gave his musical lines their distinctive angularity). This physicality in large part determines the quality, the recognizability of the voice.

Indeed, more than a few of the musicians in this collection liken playing music to playing sports, usually basketball. In either occupation, you have to react faster than you can possibly think, rely on motor memory to get you through the ongoing rush of the moment, and trust in the common experience of your fellow players. Yet, ironically, it appears that at the heart of improvisation is a kind of stillness, an active state of readiness, of not-doing but allowing the music to be done to and through you. John Coltrane once put it succinctly: The music doesnt belong to anybody; it passes through us all.

So ones sound really is the sum product of how one physically spends time, both with and without the instrument, both doing and not-do
ing. Indeed, how one approaches the passage of time itself, and the concept of work, and the act of breathing, and the process of listening, all these are part of the process of hearing and finding your own sound. How you stand and wait for the music to arrive determines what music will arrive. If one is posing, then what arrives will be the voice of a poseur.

Eventually, the relationship between player and instrument takes on a perverse inversion; the instrument begins to work on the player and ultimately, a jazz musician is not learning to play the music so much as learning to be himself. Learning how to stand. (Miles Davis once said, You can tell everything about the way I play by watching how I stand.) How to breath. How to walk. How to listen. The act of making music transforms the individual and the jazz musician becomes the product itself, the music just the artifact of this process.

If the musician becomes the product; playing the music becomes the transitory act, a kind of diversion that the musician, over time, uses to transmogrify him or herself into their own embodiment of the jazz attitude. Historically, this process is forged in the furnace of a brutal commercial marketplace, and, at times, confused by the emergence of new technologies that promise ease of execution but often rob one of the ability to feel the process happening. (Using the new digital technology for example, has been described as making love via television.)

Yet, at the point of success, when a players voice emerges, then whatever comes through the gates of perception and execution, regardless of technology employed or musical idiom favored, has both the spirit of jazz and the signature of style. By extension, then, if Miles Davis ordered a cheeseburger, that was, by definition, a jazz cheeseburger.

As usual, musicians sum it up best. Charlie Parker once said, If you dont live it, it wont come out of your horn. Or again, in the wo
rds of John Coltrane, When I hear a players sound, to me, that is his contribution. Style, then, is the ultimate achievement of a musician, not only the telling of his lifes story, but his creating a living will for the future generations.

To compound the difficulty, however, the great jazz players have always demonstrated that what you dont play is often more important than what you do play. The space that is left for others to breathe, the creation of psychic air, the intangible relationships between human voices, these are the things that determine the sound of what is happening. Perhaps that is why Thelonious Monk, who has been called the master of space and time, is mentioned more often than any other musician in the following conversations.

Style, then, can be learned but it cant be taught. If its in the attitude, the spaces that are left, the air between players that can only exist when those players congregate, then obviously it is a cultural occurrence. It is a product of people gathering. Style cannot exist in a vacuum. And so one major subtext of these conversations is whether the economic universe of todays musicthe endless round of record companies and their focus on the product, the bad radio formats that pose as the gatekeepers of taste, and the hyper promotions that pass for real eventswhether this business of music...