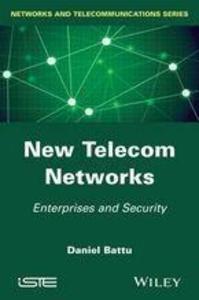 Nowadays, the Internet has become an irreplaceable tool, feeding us information about new innovations and the evolution of the markets relating to all human activities. What the Internet lacks, though, is a guiding narrative thread, which is crucial … weiterlesen
Dieser Artikel ist auch verfügbar als:
Geschenk per Mail versenden
eBook epub

Nowadays, the Internet has become an irreplaceable tool, feeding us information about new innovations and the evolution of the markets relating to all human activities. What the Internet lacks, though, is a guiding narrative thread, which is crucial to understand the evolution from old technologies into the technologies available today, and to benefit from the commentary which could elucidate that process of evolution. In spite of its inherent richness, no encyclopedia can constitute the one and only referential information source. The actors involved also have the right to be heard: all those who have devoted their working lives to the collective effort of edifying networks can, of course, present their personal views about the evolution of the world of telecommunications, and thus provide invaluable testimony to companies in this area who can make use of it. It is that approach which is adopted in this book. Whilst the primary objective of this book is to encourage SMEs to use digital technologies, and help them to organize with that goal in mind, it has proved necessary to describe the transformations currently under way in the field of networks, and to outline the efforts to obtain a competitive edge in terms of clerical applications, compare the various techniques that are available for high data rate communications, and touch upon the advent of the Internet of Things , cloud computing and various new multimedia technologies. All in all, this book should help companies particularly SMEs to garner overall information about the current movement in the area of networking, and assist them in putting in place and managing their own communications systems.

Daniel Battu is an Emeritus Chief Engineer of Telecommunications and a consultant in network standardization. He is the author of several technical publications in telecoms and multimedia and a former researcher at CNET and multimedia teacher at the Paris-Dauphine University in France.

In order to be able to communicate with an interlocutor, we need to be able to transmit our data message on an available support, which entails taking account of the transmission parameters of the supports. Then, the message is introduced into the frequency band by modulation and encoding. The messages are channeled along their path by switching systems, with which a signaling protocol is associated. This channeling over worldwide connections only becomes coherent because of a judicious set of data protocols, established from the reference a seven-layer model defined by the ISO. Thus, local area networks (LANs) can communicate remotely through wide-area networks (WANs). As the picture of communication techniques painted here is merely a brief overview of more complex topics, which have evolved rapidly over the course of the past forty years, it only includes those aspects which might be useful for the understanding of the other chapters in this book.

The longer a communication link is, the more degraded the useable signal may become. Maintenance can help reduce occasional faults which occur on the connection by restoring its original performances from when it was first commissioned. The goal is to reproduce the signals sent by the calling terminal on the called terminal. Telecommunications use the properties of electromagnetic waves which, like any vibrating movements, are characterized by their frequency, amplitude and phase.

Electromagnetic (EM) waves are characterized by their frequency F, expressed in Hertz (Hz), their period T in seconds, and their wavelength in a vacuum (notated as ?), expressed in meters. The frequency F indicates, for a given unit of time (a second), the number of times that the phenomenon recurs in identical fashion. The period is the inverse of the frequ
ency. With C being the speed of light in a vacuum (3 × 108, expressed in m/s), we can derive the relation wavelength = C × T = C / N. The wavelength is also the distance covered by the wave over the period. The range of an EM wave on a transmission support depends on its frequency, the quality of its support, any obstacles encountered during its propagation, the power transmitted and the performances of the transmitter and the receiver. The electromagnetic spectrum is divided into a number of defined bandwidths, on the basis of wavelength. Appendix A.1 specifies the domain of use of the different types of radio electric wave.

The rare resources which are radio electric frequencies are auctioned off for use for a determinate period, under the control of regulatory authorities. There is lively competition, in this regard, between network operators and radio broadcasters over ranges of frequencies available in the radio spectrum, and also over content distribution networks and access networks. The constant cheap broadcasting of television programs reduces the throughput available for Internet users and slows down the exchanges of their applications. The major principle of universal network access, defined in the context of net neutrality, is therefore lacking, and no solution has yet been put forward.

NOTE. It is important not to confuse bandwidth and bit rate. The terminology commonly employed uses rather similar expressions to speak of the width of a transmission channel. The bandwidth quantifies the frequency space, whilst the throughput looks at the binary stream of pulses which can be transported in this frequency corridor. Quite often, a certain lack of rigor in spoken expression leads to confusion between these two associated notions, which are actually as different as the width of a highway and the number of trucks that can pass along it in the course of an hour (see Appendix A.2.1).

Regardless of th
e transport medium being used, the power level of the usable signals transmitted decreases with distance. Hence, the signal must be amplified or regenerated on the support before it is completely swamped by noise. The power in the signals transmitted over a support radiates into its environment, and the support itself picks up undesirable signals which need to be eliminated at the receivers end (diaphony, more commonly known as crosstalk). In order to prevent the multiple forms of interference, it is preferable to limit the amount of power transmitted. Both the transmitters and receivers need to be adapted for the optimum range of frequencies transmitted by the medium in question: copper pair cables, quarter cables, coaxial cables, Hertzian beams, fiber-optic technology, etc.

The power of the signals transmitted over a support decreases with distance. This decrease is known as attenuation, and is evaluated in decibels (dB). A decibel is one tenth of a Bel, and for this measurement, 10-base logarithms are used. Thus, we write: log10 P2/P1, with P1 being the power of the transmitted signal and P2 the power received. The reverse of an attenuation is an amplification. The power of the signals is expressed as a relative value (i.e. that of one signal in relation to another) or in relation to a standardized reference (the electric milliwatt, for example). A 30dB amplifier is able to transform a one-milliwatt signal into a 1-Watt signal. Three dB corresponds to the doubling or halving of the power of a signal. Sound power values are also expressed in (acoustic) decibels. An ordinary conversation takes place at a volume between 25 and 40 dB, over the ambient noise (20-25 dB). An orchestra can generate up to 90 dB, and on the runway at an airport, the noise of an airplane taking off is around 110 dB. Watch your eardrums!

The reduction in transmitted power is not always constant on a given support. It can vary within the range of frequencies transmitted
as a function of the distance and temperature. Attenuation distortion is compensated for by an equalizer or an additional network which equals out the value of the attenuation throughout the transmission band.

Phase is expressed in degrees (or radians), and is defined in relation to a time base, which is the period of the signal in question or than of another signal at the same frequency. Signals which are in phase (0) or in quarter phase (90 or 270 or ?), or in phase opposition (180 or ?) are often mentioned. In transmission, phase distortion delays the significant instants of the signals. Phase jump is the variation experienced by a signals phase. Phase jitter is a cyclical variation of the phase value. These two parameters create disturbances affecting the transport of digital signals.

Latency denotes the response time of a network or a connection. In fact, it is the signal propagation time, which is contingent upon the support technology (cable, satellite, radio electric channel, fiber). Expressed as the time needed for a packet to traverse a network, the latency depends on each element in the chain of devices used for data transport (links, routers, local-area networks, servers, storage memories). If this delay is different in the different directions of transmission, in a call-and-response dialog, it can adversely affect the quality of the exchange (as is the case with online gaming).

By definition, a noise is a parasitic signal whose level is measured in decibels on the signal-to-noise ratio (SNR). Pulsed noise is a brief but high-powered disturbance. Pulsed noise causes errors in digital transmission.

A major electromagnetic pulse is liable to irreparably damage communication electronics (an example is a Coronal Mass Ejection from the sun): this is the reason why it is advisable to unplug electronic devices pa
rticularly modems and DSL boxes if an electrical storm threatens.

Networks are said to be synchronized when they all take a time reference from an extremely stable clock (accurate to within 10?11) in order to prevent time delays which could harm the integrity of the transmitted signals.

Echoes may occur on certain connections. Voice service and data transmission may be disturbed if those echoes are significant.

Brief interruptions of service (lasting a few milliseconds) can cause the loss of synchronization.

A pair of modems can be used to form a digital connection with an error rate of 5 × 10-6 for bits i.e. five erroneous bits out of every million bits transmitted (see section 2.2.6).

The term modulation applies to a procedure consisting of superimposing the usable signal on a high-frequency EM wave to ensure transport that is appropriate for the support being used. This consists of conventionally varying one of the three characteristics (amplitude, phase or frequency) by a reference frequency, called the carrier, so as to transmit the message. For example, for transmission of an alphanumerical text, each letter or digit corresponds to a series of five or eight binary elements (0 or 1). In amplitude...