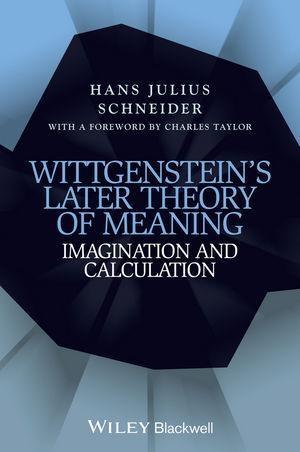 Hans Julius Schneider is Professor Emeritus of Philosophyat the University of Potsdam. His publications include Phantasieund Kalkül (1992) and Religion (2008). He alsoserved as a co-editor of the journal Deutsche Zeitschriftfür Philosophie for a number of years and has made severalcontributions to this publication as well as numerous otherphilosophical essay collections.

Analytic Philosophy may not be the most “up to date” branch of the field but it has certainly produced a number of insights and procedures nobody would seriously want to miss out on. Concerning many philosophical questions (e.g., what are numbers, what are mental states, virtues, gods) it is still good advice to look at the words and phrases we use in trying to state the respective problem in an intelligible way as a prerequisite for answering it. Although hardly anyone would claim that philosophers are concerned with “mere words,” in most cases they cannot do their work without also having an eye on language; indeed, in many cases it is not at all clear what it would mean to look at “the things themselves.”

Yet the philosophical treatment of language has slowed down in the last decades. One symptom of this is that Michael Dummett (1975, 1976, 1981), who had offered many most valuable suggestions for the shape of a theory of meaning, did not complete his project, and it seems that ideas developed in the later philosophy of Ludwig Wittgenstein played no small role in this retardation.1 In the same context, philosophers like Richard Rorty (1980) and John McDowell (1998, 1998a, 2007) have explicitly pleaded (against Dummett) for a “modest” theory of meaning, that is, one that would exclude the issues most relevant to philosophy, especially those pertaining to epistemology. Such a “modest” approach (in contradistinction to a “full-blooded” one) would simply use the logical tools provided by Gottlob Frege (1972) and his followers without asking (as Frege himself unceasingly did) the relevant philosophical questions such as why we are calling certain structures “logical” and why we think they shed light on what we do in using a natural language or in thinking. This negligence corresponds to the fact that in the newly flouri
shing philosophy of mind semantic concepts like “representation” and “reference” are mostly taken for granted instead of being explained, so that here too we have a kind of “modesty” that shies away from what used to be the “real” philosophical questions. Judged by older ideals, this approach to the mind constitutes a vicious circle, not unlike John Locke’s (1975) talk of “ideas” in his explanation of language, which so many of his contemporaries had difficulties in understanding. Locke explained language with recourse to “ideas,” and when his contemporaries pressed him to explain what he meant by ideas his answer was: the meanings of words.

This book investigates the significance of Wittgenstein’s later philosophy of language for a theory of meaning. Did he indeed give compelling reasons that force us to give up on the development of a “full-blooded,” epistemologically interesting theory of meaning? Is the “quietism” attributed to him, the idea that philosophy in all respects leaves everything as it is, a systematic result of his understanding of the functioning of language?2 Or is it a personal preference? Is it even a mistake to attribute such a view to him, a false generalization of statements that were meant to have a much more limited scope? The answer worked out in these pages takes sides against the first alternative: There is nothing in Wittgenstein that would compel us to resign ourselves to a “modest” theory of meaning. Our claim is, on the contrary, that there is a systematic ­network of insights to be found in his later philosophy that is of epistemological relevance and that no philosophical treatment of language should neglect, although this body of insights does not (and indeed cannot, as we will see) take the form of an axiomatic-deductive theory, as Dummett had once envisaged. We shall see in detail why
this is the case and why it nevertheless provides no reason for us to content ourselves with a “modest” theory. So the proposed answer to the question: “Can there be a full-blooded theory of meaning?” will take the form “Yes, but… .” The advice is: Let us not throw out the baby with the bathwater, let us not give up on the project of a systematic theory of meaning, even if we have to accept that it will not take the form of an axiomatic system and will be “systematic” in a sense different from what we know from such systems. So the quietism attributed to Wittgenstein has to be qualified to do justice to his thoughts.

The central claims in what follows are, first, that we have to acknowledge that in Wittgenstein we find a diachronic perspective. What appears to be unsystematic in his approach loses much of this appearance as soon as we see that the network he unfolds is the result of ever more complex activities proceeding in time. To put it in Nietzschean terms: What Wittgenstein unfolds is a genealogy, or, more precisely, a number of such genealogies discussed (and partly invented) to make visible kinds of systematic relationships we find in natural language.3

The second point is that, in these unfolding linguistic activities, processes of projection play a central role. Such processes are only possible in time since they presuppose that certain means of expression are already in place which (in a second, additional step) are then used in an “unorthodox” way, as, most prominently, in the case of metaphor. If such an as yet unprecedented use results in successful communication, this success rests on the capacity for imagination – on the part of the speaker as well as the hearer. The most obvious case is that of a new use of a word, where the hearer has to guess what the speaker means by an utterance that (judged
from the rules applied until that moment) would have to be classified as a “misuse” of language. We will see that such projective steps also play a role in the realm of syntax, which has led Eric Stenius (1960, p. 212ff.) to speak of “syntactical metaphors.”4 Their presence is a central ­feature of natural language; their existence is the main circumstance that blocks the possibility of an axiomatic-deductive theory of meaning.

It may be grasped from these introductory gestures that the resulting picture can indeed appear to be “unsystematic” if the calculating side of language (which is not at all denied here) is taken to be its only philosophically relevant aspect. This calculating side is certainly highly important and Dummett is surely correct when he claims that without Frege we would not have the slightest idea of how to handle this side of language, that is, the fact that we somehow “infer” the meaning of a new sentence from the meanings of its constituents and the way in which they are composed. We do not learn the sentences of our language one by one. But the contribution of Wittgenstein’s later works will here be seen not as contradicting this calculating aspect, but as adding something to it, and as an important qualification as to what “inferring” can mean here. We are not only calculating in our linguistic activities (it is, for example, not enough to get the verb forms right) but constantly using our powers of imagination in attempting to grasp the sense of an utterance (not just its point in the particular given situation, which is undisputed, but its sense). That this is the case is a systematic insight into what we do when we use language; it pervades the whole of language, it is not just a poetic quirk, irrelevant for more “serious” uses. Therefore, to acknowledge and correctly assess the imaginative side of our langua
ge competence is a central feature in the picture we should have of ourselves as agents.

The argument of this book will proceed as follows: Chapter 1 will summarize Frege’s philosophy of language, read from a perspective that stresses some of his late insights in order to bring his ideas as close as possible to those of the later philosophy of Wittgenstein. It will also formulate expectations that someone impressed by Frege might bring to Wittgenstein. Chapters 2 through 5 will engage in a close reading of Wittgenstein’s texts. The goal is to find out whether we can discover there any compelling reasons for excluding the ­possibility of a systematic theory of meaning, as Dummett has claimed to. This involves finding an answer to the question of why Wittgenstein so repeatedly showed contempt for “grammar” in the traditional sense. What does he really have to say about “kinds of words” and “parts of speech”? Why does he constantly use the word “grammar” but not set himself the task of actually writing a “philosophical grammar,” a book such as Frege’s Conceptual Notation (1972) or Carnap’s The Logical Syntax of Language (1964)?

In chapters 6 through 9 we will be able to propose answers to these questions, centered around the concepts of “imagination” and “projection.” They explain the limitations of a treatment of language that overstates its calculating side, but at the same time are basic enough to be integrated into a general picture of our linguistic abilities and (in this non-axiomatic sense) into a “theory of meaning.”

In chapters 10 through 12 we will discuss both Wittgenstein’s struggle with his older models of linguistic complexity as well as the consequences of the ideas developed so far for the...