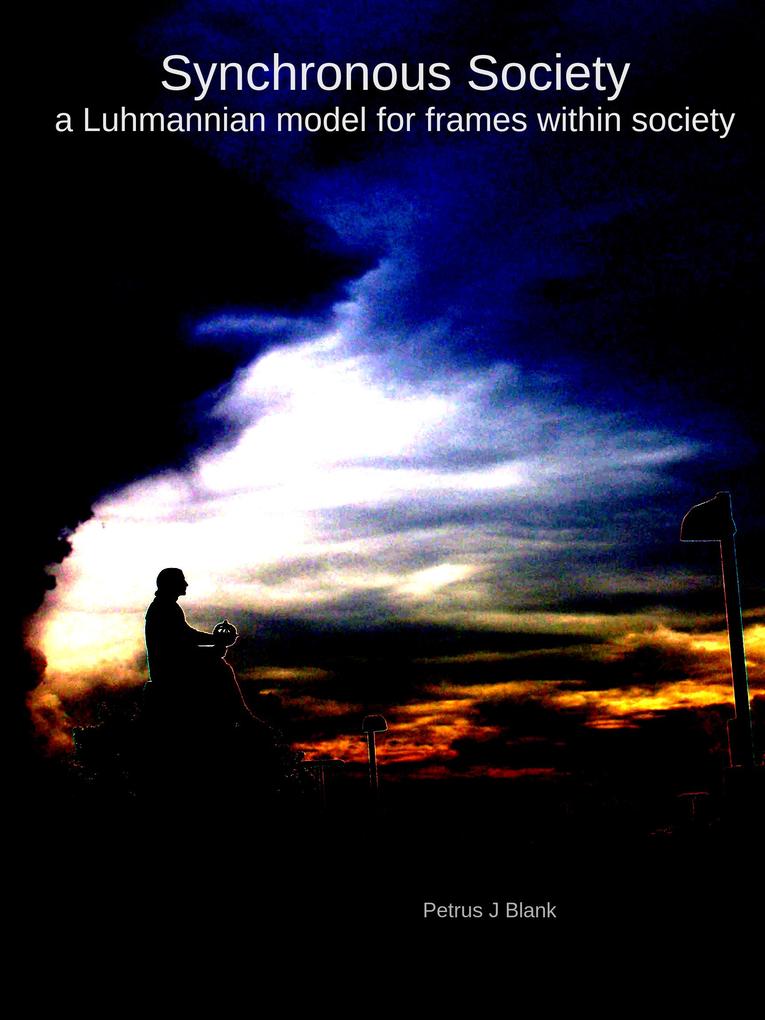 The transition from mediated communication to extra-sensory communication knows many obstacles, one of them being our overly close relationships with media devices. This book does not argue for the hopeless task of doing away with the media we love, … weiterlesen
Geschenk per Mail versenden
eBook epub

The transition from mediated communication to extra-sensory communication knows many obstacles, one of them being our overly close relationships with media devices. This book does not argue for the hopeless task of doing away with the media we love, but instead for becoming mindful of the dynamic aggregates or framing blocks of life as they play out in mediatized society. Our exploded information intake could equal imploded communicative concinnity, which, once observed, can be obtained as a personal skill.

Gulliver intended to describe his experiences in the Land without One,Two,Three in letters to Newton, to the successors of Descartes, to Leibniz, and to the Bernoullis. One of these great minds, rushing from one discovery to the next, might have paused for a minutes reflection upon the way their own epochal ideas were expressed. It is a pity that, because of Gullivers preparations for another voyage, those letters were never written. -- Karl Menger (1959)

After studying communication sciences, media studies in three countries, I had particularly cultivated my interest in phenomenological systems theory and cultural studies (most notably the work of Luhmann and Sloterdijk). After that I had taken a year off from academia, not only because I felt overwhelmed, but also to give attention to my inner aspirations to understand the structuredness of being, as I would sometimes put it. This was nothing more than an attempt to come closer to applying all this theoretical nonsense to everyday life. Others would say I was depressed but I wouldnt believe them. This chapter forms a somewhat incoherent summary of how I came to see the vital importance of a system that incorporated both the law of threes and eight dimensions.

Comparable to Luhmanns The Moral of Society (2008) I took an moral stance vis-a-vis moralistic beliefs in theory building. Luhmann had formulated (on page 66) that Poppers critical realism had been a totalizing super theory because who picked the hypotheses to be falsified? which had to transform this question of its limitationality into an assumed body of pre- knowledge, which could impossibly be tested itself (and which led to so much frustration among sharp-minded students to all faculties teaching traditional methods). Luhmann had described functionalism, or the circulatory assumption of a system distinguishing itself from its environment as
a precondition for limited problem-solving, after which it was possible to position oneself as reductionist specifically contingent towards the system of science as super theory.

Super-theories could never also claim to be exclusive. Instead they were totalizing. Totalizing theories, as Luhmann had stressed countless times, attempted to both guarantee unity and difference. Hence, there could not exist any disciplines forming a coherent unity within which each new entry because of theoretical and empirical reasons led to the accumulation of more knowledge. But it was evenly impossible that pluralism would rule a discipline like a plethora of incomparable theoretical orientations competing against each other. Totalizing theories integrate the opponents attack and describe why this attack takes place in the first place.

Luhmann had historicized dialecticism in terms of a postponement of the social and time dimensions: at some point in time, a particular knowledge had done the rounds to return to a point where it was either accepted or refuted. But to Luhmann this also meant the postponement of the moral question, which asked again about the pre-knowledge, that which had to be known before one let this process happen at all. And here Luhmann labeled dialecticism as a theory clearly belonging to a particular historical phase in time having performed a bridge function: dialecticism had figured out how to deal with the time dimension, however it had not understood the social nor the moral dimension very well. I had questioned whether Luhmann had not conflated his moral dimension with his temporal dimension, as his body of work had only distinguished three levels that went into sense-making:

The social dimension produced the difference between individual (Ego) and collective (Alter). That meant that, in a discussion, one could attribute the expressed information to the (presented) individual or institution who expressed it, but also to how a receiver o
f that interpretation interprets it reflectively. Or even, one could attribute the occurrence of such communication to a societal system in the first place (hyper).

The temporal dimension produced the difference between closed (past/non- decision) and open (future/decision). Decision and non-decision seemed to have been turned around but one had to look at it as though everyone knew what the past had brought about, and which could not again be decided upon in terms of what to do about it, while the future remained open to making decisions about and set time-frames for. It had been Luhmanns brilliant suggestion that the phenomenon of sense-making produced itself communications that would make way for the initial communication to be continued, that is, in time. Sense-making could go about such prolongations in any of the three dimensions.

Thirdly, the selective or thing dimension produced the difference between immediate (environment) and mediated (system), that is, between this or that object of observation. Through the selective dimension it became clear what a communication was about; whether it concerned this here (system) or that there (environment). An observer (that is, a system) was needed to observe what the communication was about, that is, no environment would ever provide information to a system. In other words, the system had to have its environment in itself.

One of the threads throughout my work was that perception took place in tidings of waves. In my vision, there were only three natural causes to wave patterns to be found in nature and those three would underlie all that was perception. Beings used these tidings in order to see objects outside themselves (including their own bodies), but these objects or how the perception of them came about were never within reach to any being. The three causes were reflection, refraction and interference, and all three came together at all times. That is, none of them could

ever be found
to have a value of zero. It was not possible to dissect the accumulated patterns (which I called the fourth, invisible pattern) back to the respective patterns. Wikipedias descriptions of the respective phenomena:

reflection: a change in direction of a wave length at an interface between two different media so that the wavefront returns into the medium

refraction: a change in direction of a wave due to a change in its speed, for instance when a wave passes form one medium to another at an angle

interference: the net effect of a combination of two or more wave trains moving on intersecting or coincident paths

I sought for this trichotomy in all things, not in the least in the common trichotomy Html CSS Javascript, as structure outlook behavior. In short, through reflection one could detect structure, outlook was how things got refracted, and ones behavior was a complex issue of interference. i was suggesting in those days that all theories so far had failed to pinpoint these three tiers that came in between (in the way media came in between). These in betweens made beings

visible to themselves, and thus more likely to make an attempt at optimizing and managing their projected selves like admittedly unreal narcissists, as Narcissus in fact perceived an other in the mirroring water. Secondly, how were these selves other than their selves were before certain transitions in the use of technology had taken place and with that all the worries of parents about their children becoming spoiled for life by media. And lastly, the recurring experience of complexities and the accompanying respect or even admiration for evolutionary complexity not in the least leading to the broadly adopted contingency turn to understand the complex dynamic of interactivity, i.e. to annihilate necessity.

Media to me were these accumulations of tidings that were both part of the object of media and of the being that did stuff to it, by it and with it or mo
re simply put: in it. Seeing and experiencing the exponential technological advancements between 1995 and 2015, I had concluded that beings now lived in what could only be called a continuous participatory religious effort (PRE), which I would sometimes also call reverential religion. It meant to see the spiritual in the Other, or in what more traditional, regular subject-object observations did not count as spirited. Instead, these older forms of observations had to distill the spirited of beings ever further, as well as the crowds and publics they formed, making them into objects similar to stones and trash cans.

This had been critiqued vehemently by several generations of media researchers (and by many mothers seeing their children play video games), but to no avail, because they had not understood the disappearing nature of their own standards of thinking. Beings were ever more miraculously capable by themselves of the further enhancement of their cosmic universal self. Steered by this insight I had done some preliminary auto-ethnographic work, which set to attach meaning and value to experience, to bring experiences to language and to life. As one of my side projects, I had supported and guided several students in a nearby school.

This formed a way to see if my predicaments held true when I perceived through the eyes of others. Auto-ethnography allowed the students world of experience to inspire reflection on my own and to find ways to talk about, care about, and empower suffering people. As such, my method was that of theorizing personal experience. Students, especially younger ones, still had a point of access, I had discovered, that could show an outsider deeper levels of existence compared to adults. From my close observations of one of her students I surmised that the student had the urge to do...