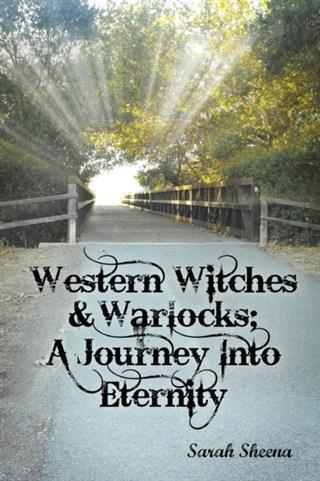 At home in a small town in the Central Valley of California, and much time spent in the Sequoia National Forrest, a group of young people are on the adventure of discovering both the seen and unseen world around them, and how they fit into it. They d

At home in a small town in the Central Valley of California, and much time spent in the Sequoia National Forrest, a group of young people are on the adventure of discovering both the seen and unseen world around them, and how they fit into it. They develop a close bond with each other and their spirit guide, Pegasus. Even when trouble strikes, everything seems to come together perfectly as they follow the directions of their spirit guide. Pegasus has promised power, fame, and fortune if they trust and follow him. However, one of the guys from the high school champion baseball team is questioning if they're on the right team. He's taken the challenge to seriously search out the truth. He discovers it's a much bigger universe than they had imagined, and he's come to know the King of the universe. The group's world is turned upside down as he returns after a year away at college with a completely different perspective. He invites them to the greatest adventure of all, a journey into eternity.

Good morning sleepy head. Its time to get up......Lisas mom, Tina, said in a sing song voice, Come on now. You have to get going....You must have been up late last night....Well youll have to go to bed early tonight.......Lets go. The sun is shining and you should be too.

The room, bright with sunlight, was shocking to Lisa as the covers suddenly pulled away from her face. She blinked her eyes and groaned. Her mothers voice seemed distant, but her voice was persistent and running out of patience. Lisa, get up. Youre going to be late.

What time is it? Lisa half moaned.

Oh no! she cried. Lisa jumped out of bed and scrambled to the bathroom. Within fifteen minutes she was running down the stairs and heading out the door. As she quickly walked to school, she was thinking about her new friends. She had so many questions. How did they meet the Pegasus? Could I learn to float like that? Were there other things they could do? What would the Pegasus give me? Should I tell anyone else? What about my parents? How can I keep them from finding out? They will kill me. When can I meet with Pegasus again?

How come it felt so wonderful to let him in? Were there others who worshiped this way? What were they like?

Where did Pegasus come from? Her mind was reeling with curiosity, guilt, fear, bliss, and amazement. She had to be cool though. She couldnt just start drilling them with questions. She would just wait for the right time and ask one here or there, space them out. Lisa was so wrapped up in her thoughts she walked right passed her best friend.

Maria reached after her, smacked her on the shoulder and demanded, Hey! Whats up?!

Lisa looked at her blankly and then replied, Sorry, I was just thinking.

About what? Maria asked.

Nothing Lisa replied, but she couldnt hide the anxiousness in her voice.

Are you nervous about the test? Maria empatheti
cally questioned her.

Yeah, I forgot to study, Lisa answered with some conviction. It was at least half true, and she didnt have to lie to her best friend. She was relieved.

You always do really well on the tests. You dont have to study, Maria said encouragingly.

Thats what you think. What about you? Lisa replied.

I studied, but I still dont get it. Maria said with desperation.

All of it. Im lost. Maria responded with hopelessness.

Thats ok. Maria replied. Then she curiously asked, Where were you this weekend?

Youre mom said you were with friends. Whod you go with? Maria pried a little more.

When did you start hanging out with them? Maria questioned a bit surprised.

How was it? Maria asked with just a hint of sadness in her voice.

It was beautiful. Lisa replied dreamily. Lisa did not catch the tone in Marias voice and began to describe Rebel Hill and how it seemed as if she could have just grabbed one of the millions of stars. Lisa was careful to avoid anything about Pegasus. It felt strange keeping something from Maria. They had shared everything since third grade. Marias expression of disappointment became painfully obvious. Lisa suddenly was aware she had promised Maria she would help her that weekend with math. Im sorry. I forgot.

Its alright. I probably wouldnt have gotten it anyway, Maria responded with the hopeless tone again, I just wish they would have invited me, but thatll never happen.

You dont know that, Lisa retorted.

People like them dont hang out with people like me, Marias head dropped as she stated what she just accepted as fact now.

They hung out with me, Lisa said in an attempt to encourage her.

Theyll never give me the time of day, Maria replied
dejectedly.

Maybe they will. I will introduce you, Lisa said cheerfully.

Youll see, Maria said as if it were already true.

You just dont want me to have any other friends. Lisa shouted. Then Lisa turned around angrily and stomped off towards class.

Maria dropped her head and walked slowly, stiffly, and with a slight limp in the same direction. Her best friend was going to leave her behind, just like everyone else. She wished she could stomp off angrily and leave Lisa behind.

Lisa couldnt believe Maria was acting like that. She doesnt know them. Theyre different. Shell see. Maybe I wont introduce her. Thatll teach her. Maybe Pegasus could help her. Jesus certainly hadnt. The thoughts screamed through Lisas mind the way she had screamed at Maria. Lisa was angry.

She was angry at Maria for accusing her friends. She was angry at her parents for lying to her. She was angry that she had to be in school right now. She was angry at Jesus or the people who made up the Jesus story. Suddenly she stopped dead in her tracks. Parents lying? Angry at Jesus? Made up? Lisa felt confused. Why? The warning bell rang and Lisa was jolted from her train of thought. Back to every day, she thought, Pegasus, they said youd help with the everyday. Please help. She was no longer angry but she was already tired and class had just barely begun. Lisa quickly slid into her seat as the tardy bell was ringing.

Sheena was sitting across from her and asked in a concerned whisper, Are you okay? Lisa nodded she was. Sheena whispered, Well talk at lunch, because the teacher had begun discussing the days assignments.

Each class seemed to drag on for hours rather than the forty five minutes they were scheduled. Although Lisa was usually interested in school, today the teachers sounded like the Peanuts teacher..."Waaa wawa waaa wa wa waaaa. Sh
e could not focus on anything being said. Her mind was spinning with the thoughts she had encountered that morning. As the lunch bell rang she thought, Thank God, and she walked to the cafeteria as if she had been beat relentlessly the night before. Her head down and exhaustion overwhelming her, it was all she could do to walk.

Sheena watched her walk in the cafeteria door and was worried. She had never seen someone so down after meeting with Pegasus. What in the world is wrong with her? Is she sick? Sheena thought. Sheena walked over to her and gently asked, Do you want me to get your lunch? Lisa said, Sure, and sat down at a table in the back of the room, away from everyone else.

While Sheena was getting Lisas lunch, Maria walked in and pretended not to see Lisa. Maria was still hurt and angry with Lisa. She got in the lunch line without even looking at Lisa. Once she had her lunch she went to the quad outside and ate lunch alone. Lisa was so wrapped up in her own thoughts she never noticed Maria coming in or leaving the cafeteria. Sheena returned with Lisas lunch and sat down next to her.

The two girls ate together, quietly talking about all that was running through Lisas mind. By the time lunch was over, Lisa felt better. She did not have all the answers to her questions, but she knew Sheena was going to help her learn to reach Pegasus at any time. Sheena promised Pegasus would help her with the questions and everything else she wanted to know or do. They agreed to meet right after school, under the big white oak tree, on the east side of the campus. There they would be free to talk and pray. No one hung out over there, and Sheena had met with Pegasus there many times. The place had become a sacred ground.

Lisa was able to focus a lot better in the last three classes. Yet, this day she was excited and interested in one thing only. Meeting with Pegasus again was the only thing she cared about. Maria could see Lisa was pre-occupied and
with the mornings argument fresh on her mind she decided to leave Lisa alone. Maria thought, this is just something shes going to have to work out on her own. I am not going to be her charity case or beg for her friendship. I will just make friends with someone else too. Maria glanced around the classroom thinking about who she might befriend. What girl in the class would be willing to hang out with me and not make fun of me or play mean tricks on me? she wondered. She spotted a girl who had just recently started attending their school. She looked smart and nice. She had not

won a spot in the popular crowd right away. That was a good sign. I will ask her if she wants to get some ice cream together before we go home. Maria looked back over at Lisa, and gave her a Whatever look when Lisa half smiled at her.

Lisa knew Maria was hurt, but she figured Maria would come around. The bell rang and Maria got up, turned away from Lisa immediately, and walked over to the new girl. Lisa smiled, grabbed her bag, and headed for the oak tree. Lisa had to wait about ten minutes for Sheena to get there. She was getting worried that Sheena might have forgotten.

She laid back on the grass, looked up at the sky, and asked, God are you there? Jesus, are you real?

Or are you just a made up story? Why would my parents and so many other adults lie to me? I know Pegasus is real now. I have seen him and felt...