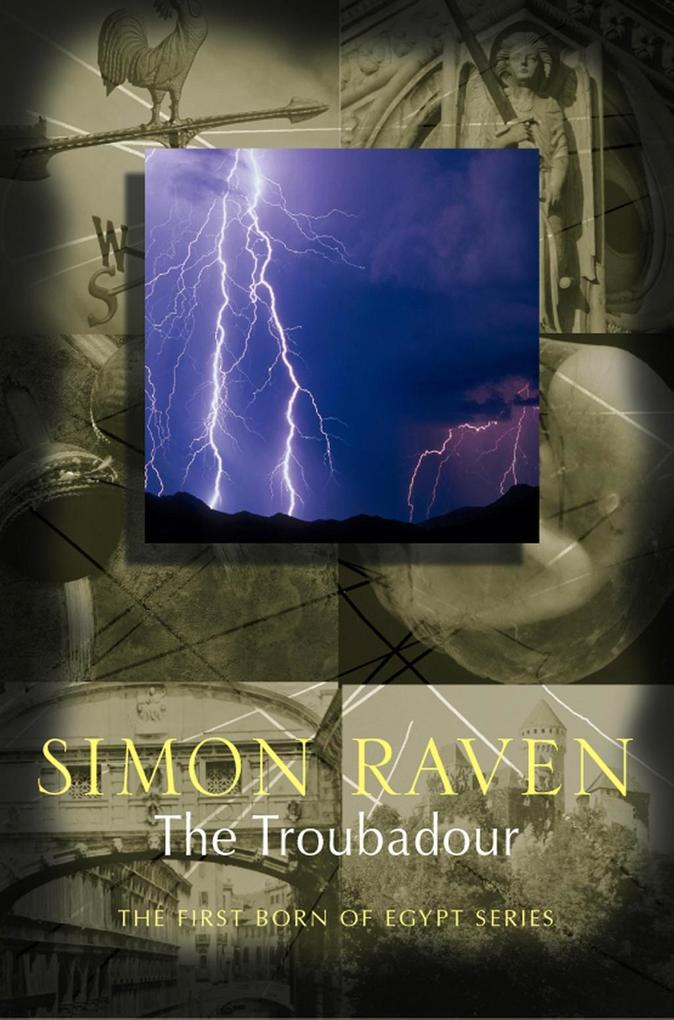 'Where the twins had been a body lay in long, soft robes, and by its head a discarded lute. The head was uncovered and split into halves from the apex of the skull to the bridge of the nose'. The question is whether this macabre scene is only theatre

'Where the twins had been a body lay in long, soft robes, and by its head a discarded lute. The head was uncovered and split into halves from the apex of the skull to the bridge of the nose'. The question is whether this macabre scene is only theatre or whether it is it a sign of ill omen. In this, the concluding book in Simon Raven's First Born of Egypt saga, the fate of Raisley Conyngham, Marius Stern and other characters is decided.

Simon Raven was am outrageous figure in society, but also an acclaimed novelist and writer, including several successful TV scripts.

He was born in London in 1927 into a predominately middle class household, although he considered it 'joyless'. At Prep School he was 'very agreeably' seduced by the games master, before going on to Charterhouse from where he was expelled for serial homosexuality. After national service in the army he secured a place at King's College Cambridge, where he read Classics. His love of Classics dated from an early age, and he usually read the original texts, often translating from Latin to Greek to English, or any combination thereof.

At Cambridge, in his own words, 'nobody minded what you did in bed, or what you said about God'. This was civilised to his mind and he was also later to write: 'we aren't here for long, and when we do go, that's that. Finish. So, for God's sake, enjoy yourself now - and sod anyone who tries to stop you.' Revelling in Cambridge life, Raven fell heavily into debt and also faced his first real responsibility. Susan Kilner, a fellow undergraduate, was expecting his child and in 1951 they married. He showed little interest in the marriage, however, and divorced some six years later.

He also failed to submit a thesis needed to support an offered fellowship, so fled to the army, where he was commissioned into the King's Shropshire Light Infantry. After service in Germany and Kenya, during which time he set up a brothel for his men to use, he was posted to regimental headquarters. However, debt once again forced a change after he lost considerable sums at the local racetrack.

Resigning his commission to avoid a court-martial, he turned to writing, having won over a publisher who agreed to pay in cash and also fund sustenance and drink. Moving to Kent, he embarked upon a prodigious array of works which included novels, essays, reviews; film scripts, radio and television plays and the scripts for television series, notably 'The Pallisers' and 'Edward and Mrs Simpson'. He lived in modest surroundings and confined his excesses to London visits where his earnings were dissipated on food, drink and gambling - and sex. He once wrote that the major advantage of the Reform Club in London was the presence opposite of a first class massage parlour.

In all, Simon Raven produced over twenty five novels and hundreds of other pieces, his finest achievements being a ten volume saga of English upper-class life, entitled 'Alms for Oblivion', and the 'First Born of Egypt Series'.

He was a conundrum; sophisticated and reckless; talented yet modest; generous towards friends, yet uncaring of creditors when in debt. Jovial, loyal and good company, but unable to sustain a family life, he would drink profusely in the evenings, but resume work promptly the following morning. He was sexually indiscriminate, but generally preferred the company of men. As a youth he possessed good looks, but abuse of his body in adulthood saw that wain.

Simon Raven died in 2001, his legacy being his writing which during his lifetime received high praise from critics and readers alike.