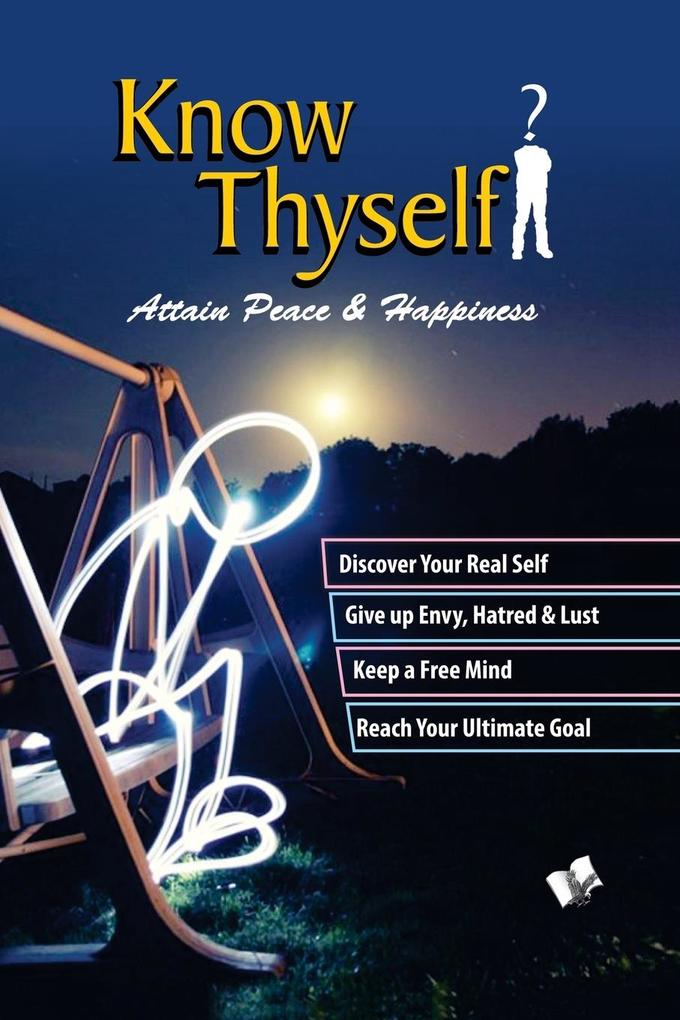 von A. P. Sharma
Paperback. Sprache: Englisch.
Taschenbuch
Presented in the most lucid style, the purpose of the book is not merely to know the characteristics of the self. It is also to find out about the truth of existence and beyond death,as well as to learn the process to knowledge. Only then the individ … weiterlesen
Geschenk per Mail versenden
Taschenbuch

Presented in the most lucid style, the purpose of the book is not merely to know the characteristics of the self. It is also to find out about the truth of existence and beyond death,as well as to learn the process to knowledge. Only then the individual would discover the reasons for his selfishness, hatred, anger, fear that he cradles everyday in his life. The issue to have the knowledge of the `self` is very obscure. Yet the ideas presented in the book are not only inspirational but also introspective and embody the qualitative rational techniques to reach higher recesses of consciousness and soul-realization. The book is captivating as examples from real-life situations have been quoted to explain what is the nature of the Self and how it can transcend to tranquillity, peace and permanent bliss. Some Glimpses: *Do not do unto others what you do not want others to do unto you *The Western point of view about Self--Greek Ideas, European Contention and Five Theories of Mind *The Eastern Approach--Vedantic conception, Gita`s mantras, Jiva as a conscious substance *Western dilemma and the Eastern approach--concept of unity and the quest for unity

Ambika Prasad Sharma was born on 25th December, 1932 at Dholpur, Rajasthan, India. After graduating for Agra College, Agra, in 1954, he shifted to Maharaja's College, Jaipur and obtained Master's degree in English Literature in 1957. Then he served the State Department of Education as a Senior Master of English for almost fifteen years. During this period he obtained Master's degrees in Education (1966) and Philosophy (1969) from the University of Rajasthan, Jaipur and Ph.D Degree in Education from the University of Udaipur. In November 1972, he was offered a senior teaching position at the University of Sokoto, Nigeria where he served upto 1984. After that he joined the Catholic University at Washington DC for post-doctoral work. He came back to India in 1985 and after a brief association with R.M.V. Women's Teachers College, Udaipur, as its Principal, he ultimately became Professor of Education at Vidya Bhawan Teachers College (IASE) at Udaipur. In the year 1990 he visited Willamette University at Salem, Oragon, USA as a Visiting Scholar. Soon after his retirement from Vidya Bhawan, he was offered the position of the Principal at the College of Education, Kanod, Udaipur. In 1992 he was awarded another Ph.D. in Philosophy from the University of Rajasthan. He worked at Kanod for four years and retired finally in 1995. So far his twelve books and more than fifty articles in the field of Education and Philosophy are published, both in India and abroad.