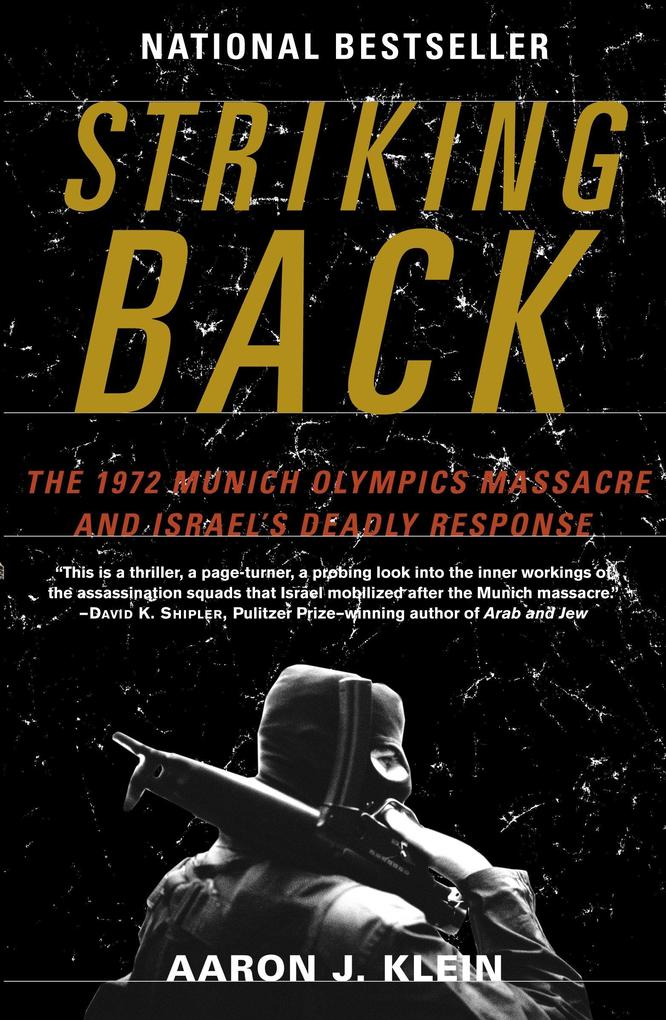 von Aaron J Klein
The 1972 Munich Olympics Massacre and Israel's Deadly Response. Illustrations, unspecified. Sprache: Englisch.…
Taschenbuch
"This is a thriller, a page-turner, a probing look into the inner workings of the assassination squads that Israel mobilized after the Munich massacre.”
-David K. Shipler, Pulitzer Prize-winning author of Arab and Jew

"This is a thriller, a page-turner, a probing look into the inner workings of the assassination squads that Israel mobilized after the Munich massacre.”
-David K. Shipler, Pulitzer Prize-winning author of Arab and Jew

"Gratitude is due to Mr. Klein for his painstaking . . . book, the best one could possibly hope for.”
-Walter Lacquer, The Wall Street Journal

Award-winning journalist Aaron J. Klein tells, for the first time, the complete story of the 1972 Munich Olympics massacre and the Israeli counterterrorism operation it spawned. With unprecedented access to Mossad agents and an unparalleled knowledge of Israeli intelligence, Klein peels back the layers of myth and misinformation that have permeated previous books, films, and magazine articles about the "shadow war” against Black September and other related terrorist groups. In this riveting account, long-held secrets are finally revealed, including who was killed and who was not, how it was done, which targets were hit and which were missed. In the end, Klein shows that the Israeli response to Munich was not simply about revenge, as is popularly believed. By illuminating the tactical and strategic purposes of the Israeli operation, Striking Back allows us to draw profoundly relevant lessons from one of the most important counterterrorism campaigns in history.

"[Klein] makes it clear why [the Munich attacks were] a pivotal event in the evolution of global terrorism.”
-Janet Maslin, The New York Times

"A real thriller that will unnerve as much as it captivates.”
-Laurence Washington, Rocky Mountain News

Aaron J. Klein is Time magazine's Military and Intelligence Affairs correspondent in the Jerusalem Bureau. He was the recipient of 2002 Henry Luce Award and has been a consultant for CNN. Klein was the military/security correspondent and analyst for Hadashot and Al-Hamishmar, two of Israel's leading national newspapers. He is a contributor to Malam, the journal for former IDF Intelligence, Mossad and Inernal Security Agency officers. He teaches at Hebrew University and is a Captain in the IDF's Intelligence.