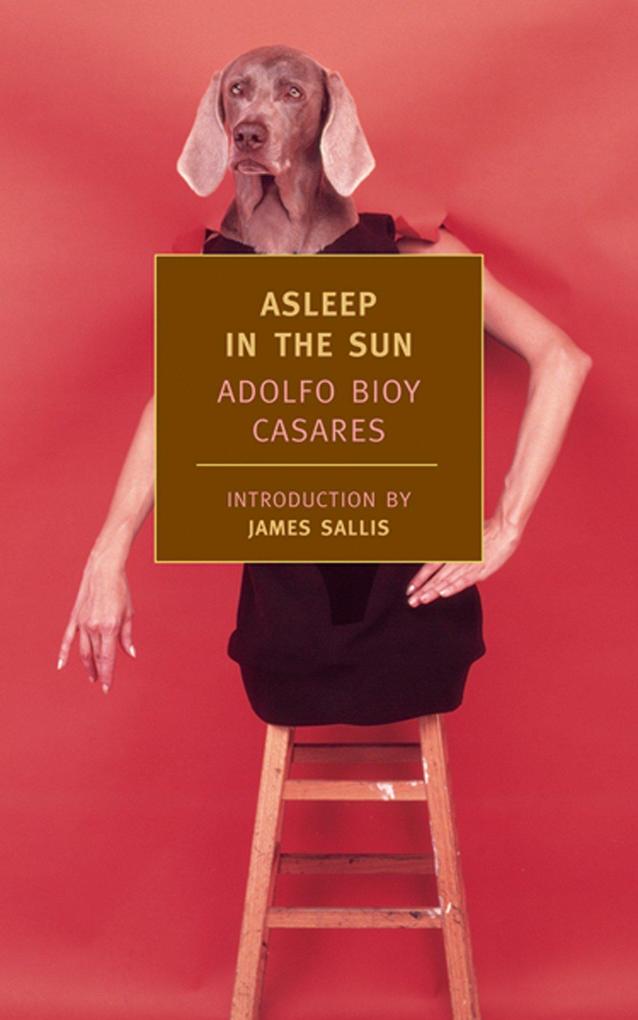 Asleep in the Sun

von Adolfo Bioy Casares
Sprache: Englisch.
Taschenbuch
Lucio, a normal man in a normal (nosy) city neighborhood with normal problems with his in-laws (ever-present) and job (he lost it) finds he has a new problem on his hands: his beloved wife, Diana. She's been staying out till all hours of the night an … weiterlesen
Geschenk per Mail versenden
Taschenbuch

Lucio, a normal man in a normal (nosy) city neighborhood with normal problems with his in-laws (ever-present) and job (he lost it) finds he has a new problem on his hands: his beloved wife, Diana. She's been staying out till all hours of the night and grows more disagreeable by the day. Should Lucio have Diana committed to the Psychiatric Institute, as her friend the dog trainer suggests? Before Lucio can even make up his mind, Diana is carted away by the mysterious head of the institute. Never mind, Diana's sister, who looks just like Diana-and yet is nothing like her-has moved in. And on the recommendation of the dog trainer, Lucio acquires an adoring German shepherd, also named Diana. Then one glorious day, Diana returns, affectionate and pleasant. She's been cured!-but have the doctors at the institute gone too far?
Asleep in the Sun is the great work of the Argentine master Adolfo Bioy Casares's later years. Like his legendary Invention of Morel, it is an intoxicating mixture of fantasy, sly humor, and menace. Whether read as a fable of modern politics, a meditation on the elusive parameters of the self, or a most unusual love story, Bioy's book is an almost scarily perfect comic turn, as well as a pure delight.

Adolfo Bioy Casares (1914-1999) was born in Buenos Aires, the child of wealthy parents. He began to write in the early Thirties, and his stories appeared in the influential magazine Sur, through which he met his wife, the painter and writer Silvina Ocampo, as well Jorge Luis Borges, who was to become his mentor, friend, and collaborator. In 1940, after writing several novice works, Bioy published the novella The Invention of Morel, the first of his books to satisfy him, and the first in which he hit his characteristic note of uncanny and unexpectedly harrowing humor. Later publications include stories and novels, among them A Plan for Escape, A Dream of Heroes, and Asleep in the Sun. Bioy also collaborated with Borges on an Anthology of Fantastic Literature and a series of satirical sketches written under the pseudonym of H. Bustos Domecq.

James Sallis's books include ten novels, multiple collections of short stories, poems and essays, three volumes of musicology, a biography of Chester Himes, and a translation of Raymond Queneau's Saint Glinglin. He reviews widely for The Washington Post, the Los Angeles Times, The Review of Contemporary Fiction, and other publications, and writes a monthly column for The Boston Globe.

Suzanne Jill Levine is the author of numerous studies in Latin American literature and the translator of works by Adolfo Bioy Casares, Jorge Luis Borges, Guillermo Cabrera Infante, and Manuel Puig, among other distinguished writers. Levine's most recent book is Manuel Puig and the Spider Woman: His Life and Fictions. She is a professor in the Spanish Department at the University of California, Santa Barbara.