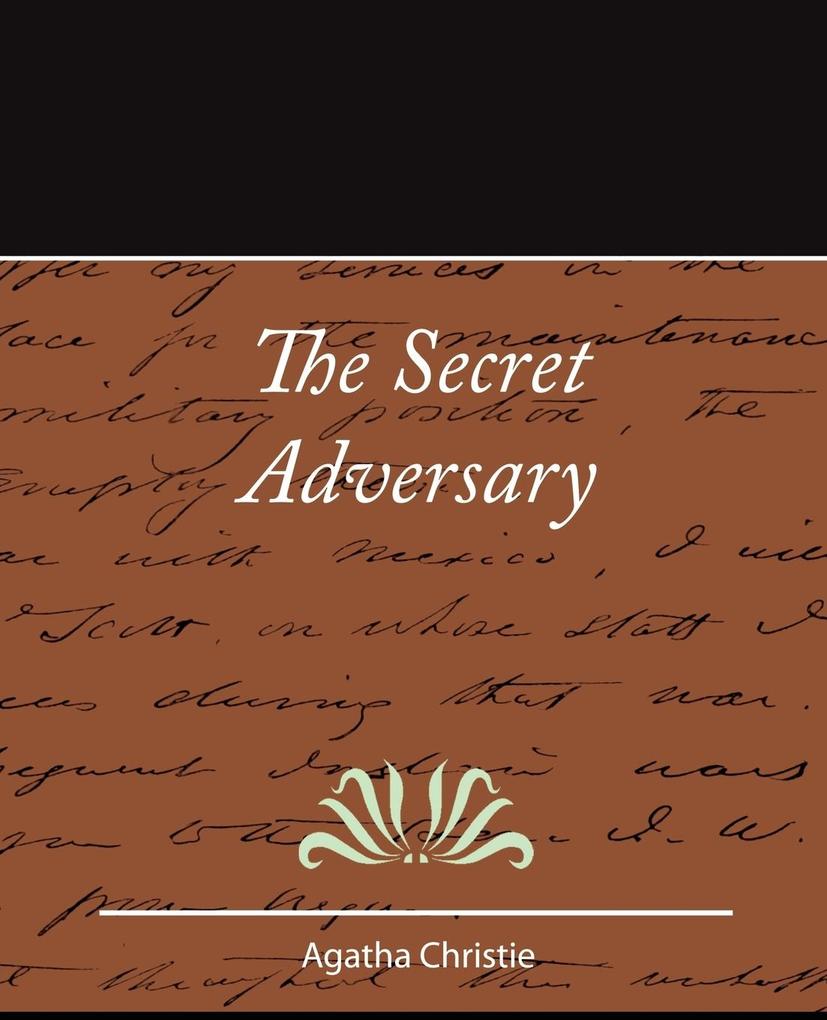 Agatha Christie was a 20th century crime fiction novelist. Many of her stories feature the characters Miss Jane Marple or Hercule Poirot. Miss Christie is considered the best selling writer of books of all time. Her works are outsold only by Shakespeare and the Bible. Secret Adversary introduces the characters of Tommy and Tuppence who are included in several later books. In London in 1919 our two heroes are out of work and have decided to band together and try and find work. Tuppence procures work with a Mr. Whittington. When he closes his office and disappears without a trace the couple figures there must be more to the story.

Dame Agatha Mary Clarissa Christie, Lady Mallowan, DBE (15 September 1890 - 12 January 1976) was an English writer known for her sixty-six detective novels and fourteen short story collections, particularly those revolving around fictional detectives Hercule Poirot and Miss Marple. She also wrote the world's longest-running play The Mousetrap, performed in the West End from 1952 to 2020, as well as six novels under the pseudonym Mary Westmacott. In 1971, she was appointed a Dame Commander of the Order of the British Empire (DBE) for her contribution to literature. Christie was born into a wealthy upper-middle-class family in Torquay, Devon, and was largely home-schooled. She was initially an unsuccessful writer with six consecutive rejections, but this changed in 1920 when The Mysterious Affair at Styles, featuring detective Hercule Poirot, was published. Her first husband was Archibald Christie; they married in 1914 and had one child together before divorcing in 1928. During both the First and Second World Wars, she served in hospital dispensaries, acquiring a thorough knowledge of the poisons which featured in many of her novels, short stories, and plays. Following her marriage to archaeologist Max Mallowan in 1930, she spent several months each year on digs in the Middle East, and used her first-hand knowledge of his profession in her fiction. Guinness World Records lists Christie as the best-selling fiction writer of all time, her novels having sold over two billion copies. According to Index Translationum, she remains the most-translated individual author. And Then There Were None is one of the highest selling books of all time, with approximately 100 million sales. Christie's stage play The Mousetrap holds the world record for longest initial run. It opened at the Ambassadors Theatre in the West End on 25 November 1952, and by September 2018 there had been more than 27,500 performances. The play was closed in March 2020 due to the coronavirus pandemic. In 1955, Christie was the first recipient of the Mystery Writers of America's Grand Master Award. Later that year, Witness for the Prosecution received an Edgar Award for best play. In 2013, she was voted the best crime writer and The Murder of Roger Ackroyd the best crime novel ever by 600 professional novelists of the Crime Writers' Association. In September 2015, coinciding with her 125th birthday, And Then There Were None was named the "World's Favourite Christie" in a vote sponsored by the author's estate. Most of Christie's books and short stories have been adapted for television, radio, video games, and graphic novels, and more than thirty feature films have been based on her work.