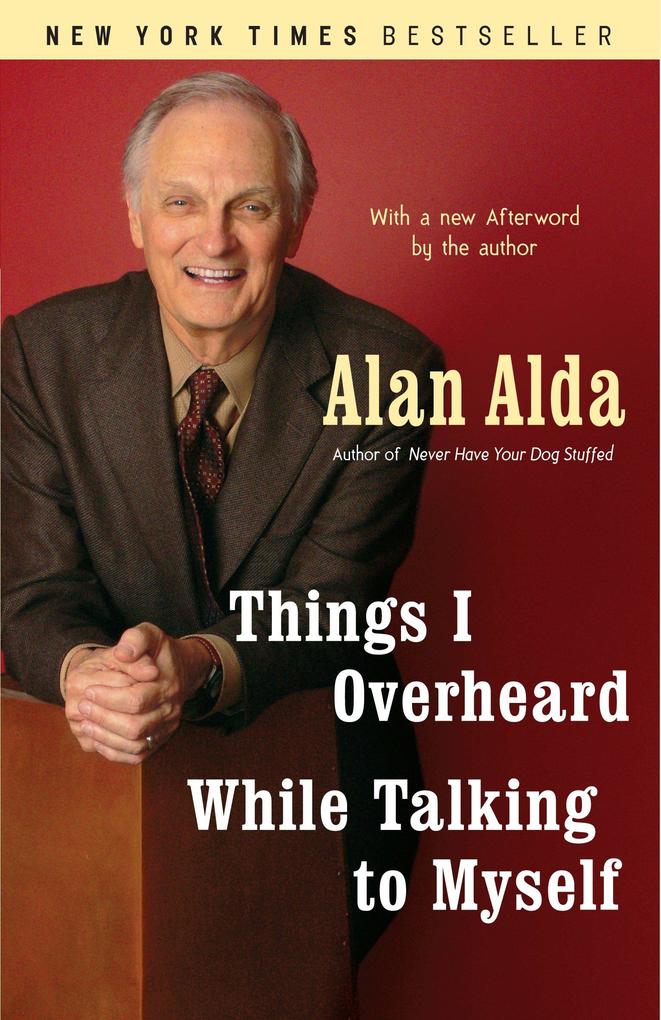 Things I Overheard While Talking to Myself

von Alan Alda
Sprache: Englisch.
Taschenbuch
An insightful and funny look at some of the impossible questions Alan Alda has asked himself over the years: What do I value? What, exactly, is the good life? (And what does that even mean?)

Picking up where his bestselling memoir left off-having b … weiterlesen

Titel: Things I Overheard While Talking to Myself
Autor/en: Alan Alda

An insightful and funny look at some of the impossible questions Alan Alda has asked himself over the years: What do I value? What, exactly, is the good life? (And what does that even mean?)

Picking up where his bestselling memoir left off-having been saved by emergency surgery after nearly dying on a mountaintop in Chile-Alda finds himself not only glad to be alive but searching for a way to squeeze the most juice out of his new life. Looking for a sense of meaning that would make this extra time count, he listens in on things he's heard himself saying in private and in public at critical points in his life-from the turbulence of the sixties, to his first Broadway show, to the birth of his children, to the ache of September 11, and beyond. Reflecting on the transitions in his life and in all our lives, he notices that "doorways are where the truth is told," and wonders if there's one thing-art, activism, family, money, fame-that could lead to a "life of meaning."

In a book that is candid, wise, and as questioning as it is incisive, Alda amuses and moves us with his unique and hilarious meditations on questions great and small. Things I Overheard While Talking to Myself is another superb Alan Alda performance, as inspiring and entertaining as the man himself.

Praise for Things I Overheard While Talking to Myself

"Engagingly thoughtful and thought-provoking . . . [Alan Alda] candidly shares many stories of his life, so easily and wittily you can hear him speak as you read."
-Sydney Sun Herald

"Alda is chatty, easygoing and humble, rather like a Mr. Rogers for grownups. His words of inspiration would be a perfect gift for a college grad or for anyone facing major life changes."
-Publishers Weekly (starred review)

Alan Alda is the author of Never Have Your Dog Stuffed. He is the winner of numerous awards, including six Emmys and six Golden Globes, and has been nominated for an Academy Award. He played Hawkeye Pierce for eleven years on the television series M*A*S*H, has acted in, written, and directed many feature films, and has appeared often on Broadway. His avid interest in science has led to his hosting PBS's Scientific American Frontiers for eleven years. He is married to the children's book author and photographer Arlene Alda. They have three grown children and seven grandchildren.

Schreiben Sie eine Bewertung für: Things I Overheard While Talking to Myself