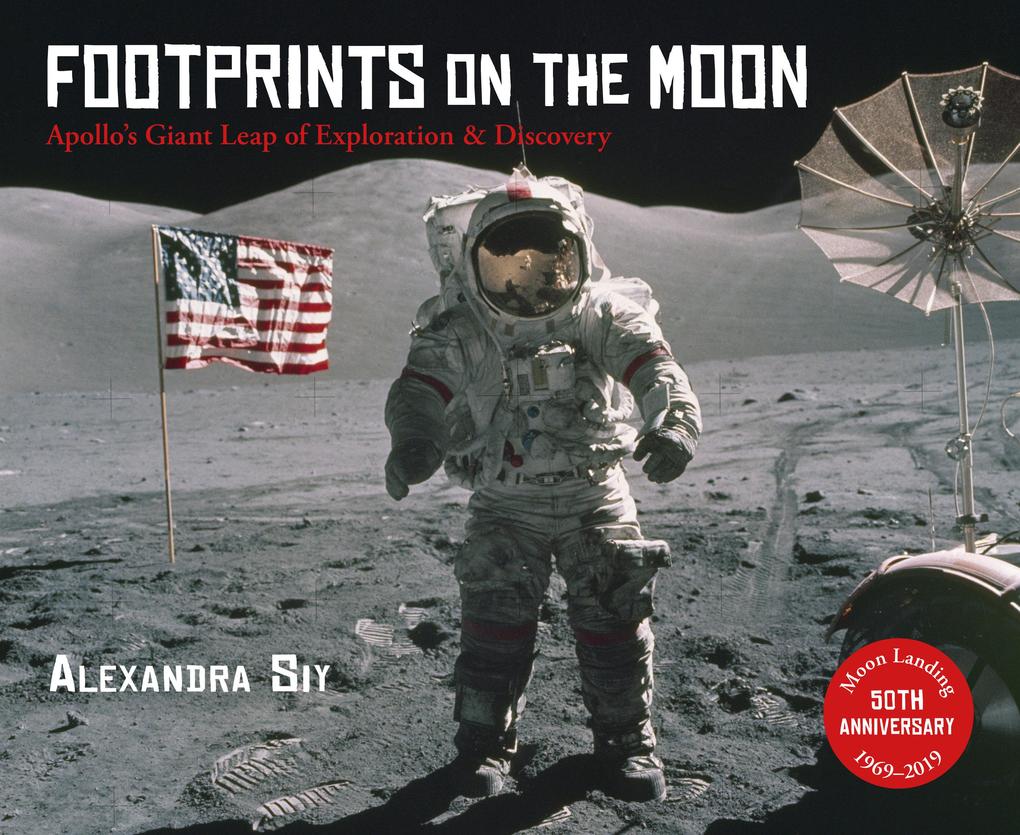 Footprints on the Moon

On July 20, 1969, at 3:16 p.m., Commander Neil Armstrong brought the lunar module, Eagle , to a safe landing on the Moon. Millions of television viewers on Earth watched breathlessly as he then became the first man to set foot on the Moon. This amazing achievement was years, even centuries, in the making. The Moon and the heavens have intrigued mankind since ancient times. FOOTPRINTS ON THE MOON chronicles the spirit and determination of visionaries from Galileo to John F. Kennedy, whose dream of reaching the Moon was finally and superbly realized through the efforts of the Apollo missions.

With a compelling and thoroughly researched text, the great vision of the scientists, engineers, and astronauts who struggled to make the dream a reality is brought into sharp focus. The book brings to light great triumphs and tragedies. Readers will learn about the years of determination, experimentation, and risk that gave rise to many space explorations, including 17 Apollo missions. Today the Moon is less of a mystery than in ancient times, but it is still a wonder.

Breathtaking photographs--many from NASA--portray the indescribable beauty of outer space, the Moon, and the wonder of mankind's inspiring vision.

Alexandra Siy is the author of several award-winning nonfiction children's books, including SNEEZE!, MOSQUITO BITE, and FOOTPRINTS ON THE MOON. She lives in Fuera Bush, New York.