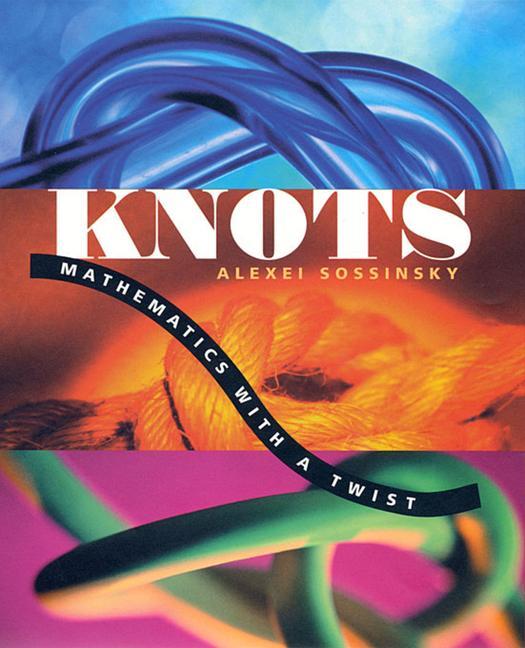 Knots: Mathematics with a Twist

von Alexei Sossinsky
Sprache: Französisch.
Taschenbuch
to real-world problems in the sciences. It will instruct and delight the expert, the amateur, and the curious alike.

to real-world problems in the sciences. It will instruct and delight the expert, the amateur, and the curious alike.

Alexei Sossinsky is Professor of Mathematics, University of Moscow.

Indeed, knots are trendy and also accessible to recreational mathematicians. A sophisticated high school student might enjoy working out the math in this book, while a full-fledged math student would find it a charming tour of knot theory's greatest hits...An enjoyable math book and highly recommended. -- Amy Crunvard Library Journal 20030201 The author describes knot theory by chronicling its history. Beginning with Lord Kelvin's ill-conceived idea of using knots as a model for the atom, Sossinsky moves to the connection of knots to braids and then on to the arithmetic of knots. Other topics are the Jones polynomial, which links knot theory to physics, and a clear exposition on Vassilev invariants. Throughout, this book untangles many a snag in the field of mathematics. Science News 20030111 In a charming and spirited discussion of classical and contemporary knot theory, Sossinsky, beginning with Lord Kelvin's (c. 1860) theory of knots as models for atoms...moves through discussions of braids, links, Reidemeister moves, surgery, various knot polynomials (Alexander-Conway, Homfly, Jones), Vassiliev invariants, and concludes with connections between and speculations about knots and physics. -- S. J. Colley Choice 20030901 This eminently likeable introduction to knot theory is heavily illustrated with diagrams to help us get our heads around the mind-bending ideas, and Sossinsky delights in breaking off at tangents to relate surprising knot-related facts of the natural world, such as the fish that ties its body in a knot to escape predators, or the topological operations that are performed by an enzyme on DNA. The Guardian 20040731