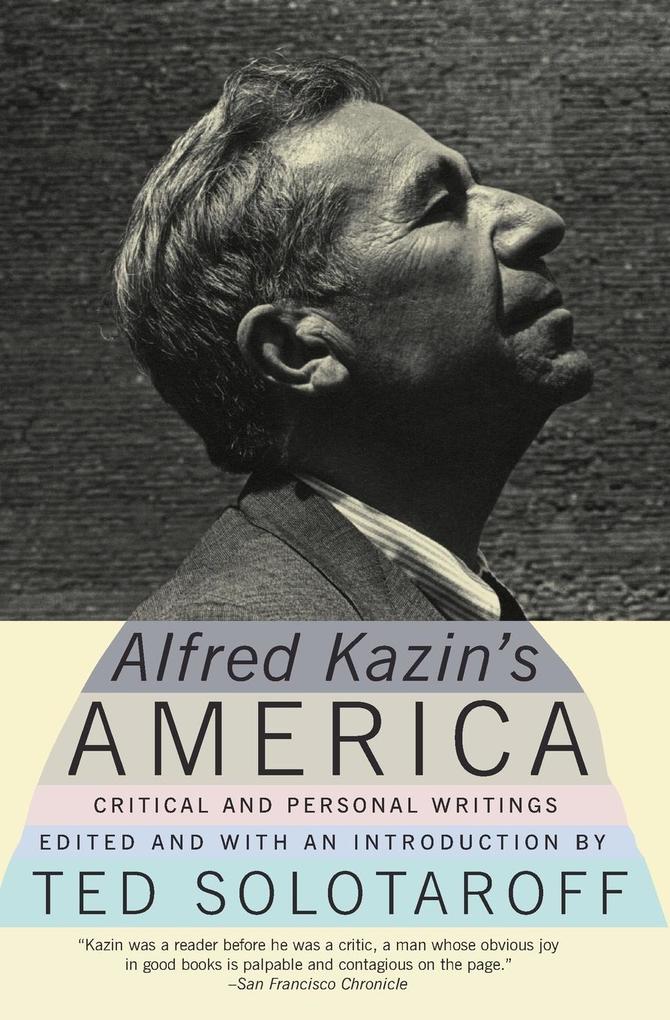 Over the course of sixty years, Alfred Kazin's writings confronted virtually all of our major imaginative writers, from Emerson to Emily Dickinson to James Wright and Joyce Carol Oates -- including such unexpected figures as Lincoln, William James, and Thorstein Veblen. This son of Russian Jews wrote out of the tensions of the outsider and the astute, outspoken leftist -- or, as he put it, "the bitter patriotism of loving what one knows." Editor Ted Solotaroff hasselected material from Kazin's three classic memoirs to accompany his critical writings. Alfred Kazin's America provides an ongoing example of the spiritual freedom, individualism, and democratic contentiousness that he regarded as his heritage and endeavored to pass on.

Alfred Kazin was born in Brooklyn in 1915. His first book, On Native Grounds, published in 1942, revolutionized critical perceptions of American literature. It was followed by many more books of essays and criticism, including A Walker in the City and, most recently, Writing Was Everything. Kazin has taught at Harvard, Smith, Amherst, Hunter College, and the Graduate Center of the City University of New York. In 1996, he received the Truman Capote Literary Trust's first Lifetime Award in Literary Criticism. Kazin lives in New York City.