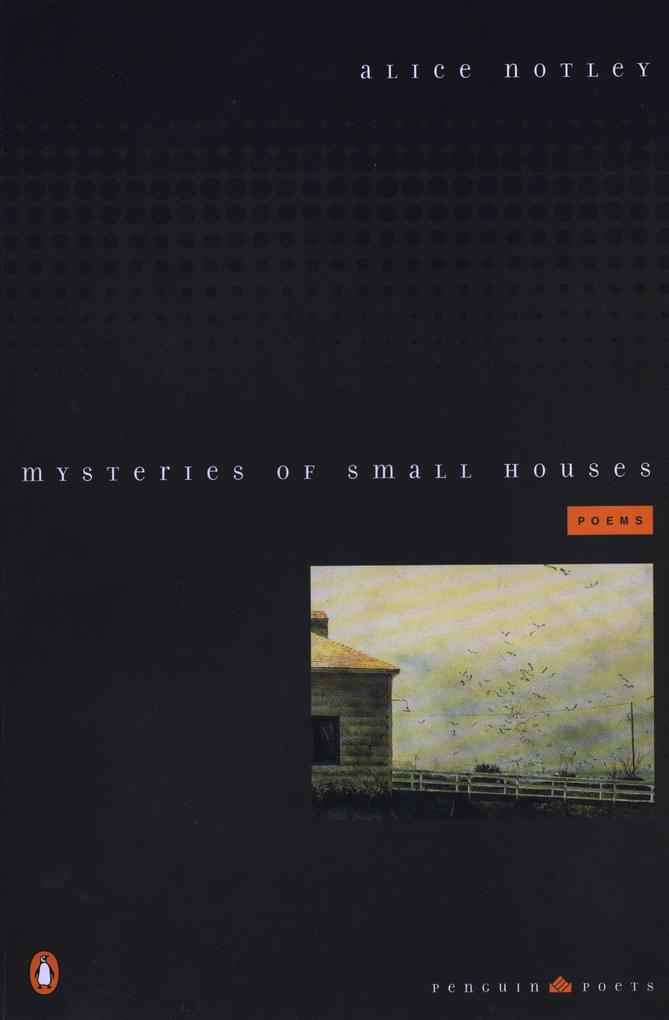 von Alice Notley
Empfohlen ab 18 Jahre. New. Sprache: Englisch.
Taschenbuch
Alice Notley vividly reconstructs the mysteries, longings, and emotions of her past in this brilliant new collection of poems that charts her growth from young girl to young woman to accomplished artist. In this volume, memories of her childhood in t … weiterlesen
Dieser Artikel ist auch verfügbar als:
Geschenk per Mail versenden
Taschenbuch

Alice Notley vividly reconstructs the mysteries, longings, and emotions of her past in this brilliant new collection of poems that charts her growth from young girl to young woman to accomplished artist. In this volume, memories of her childhood in the California desert spring to life through evocative renderings of the American landscape, circa 1950. Likewise, her coming of age as a poet in the turbulent sixties is evoked through the era's angry, creative energy. As she looks backward with the perspective that time and age allows, Notley ably captures the immediacy of youth's passion while offering her own dry-eyed interpretations of the events of a life lived close to the bone. Like the colorful collages she assembles from paper and other found materials, Notley erects structures of image and feeling to house the memories that swirl around her in the present.In their feverish, intelligent renderings of moments both precise and ephemeral, Notley's poems manage to mirror and transcend the times they evoke. Her profound tributes to the stages of her life and to the identities she has assumed-child, youth, lover, poet, wife, mother, friend, and widow&#151are remarkable for their insight and wisdom, and for the courage of their unblinking gaze.

mysteries of small housesWould Want to Be In My Wildlife
House of Self
I'm Just Rigid Enough
Kiss of Fire
One of the Longest Times
The Future May Contain Me More
Synchronous Chronology
The Obnoxious Truth
Requiem for the First Half of Split
Experience
1965
Prophet's Job
As Good as Anything
"Go In and Out the Window"
April Not an Inventory but a Blizzard
1970
Choosing Styles-1972
Not Child
A Baby Is Born Out of a White Owl's Forehead-1972
They Cut Out Her Eye and So She Dosen't Know If It's Real
Diversey Street
I Must Have Called and So He Comes
Colors-1973
Waveland (Back in Chicago)
Collage
"Bring Me a Pea Jacket and Sandwiches"
The Howling Saint T-Shirt
Place Myself in New York (Need One More There)
The Trouble with You Girls
Self ' 78 Speak
1979 A Dream
The Year of the Premonitory Dream That Ted and Steve Left Me
Hematite Heirloom Lives On (Maybe December 1980)
C. '81
Gladly Though I Lost It and Knew I Would
How We Spent the Last Year of His Life
The Common Ground Ask Anyone You Know
Point of Fidelity
I-Towards a Definition
II-The Person That You Were Will Be Replaced
Flowers
A Metaphysics of Emotion
Becoming Egyptian
Mid-80's
You Can Give It Away
But In This World Together and Not Passing Away
The New York Human
I Am a Hardened Heart
The Brain Is a Toy but Loyalty's Metaphysical
Sept 17 / Aug 29, '88
Owls
Vertical Axis
The Tyrant
Alette
101
If I Didn't Shiver I Wouldn't Be Cold
In Needless and to Poet What Are Real Things
1992
New Dreams
47th Birthday
Bobby (First Visit Back to the States)
In the Basement of Claypool's Department Store
Going Back Mornings
Place Blanche
More Below a Dream Of
Remember What I Came Here to Do to This World Very Little Actually
Office
Mysteries of Small Houses
Lady Poverty

Taschenbuch
It Shouldn't Have Been Beautiful
von Lia Purpura