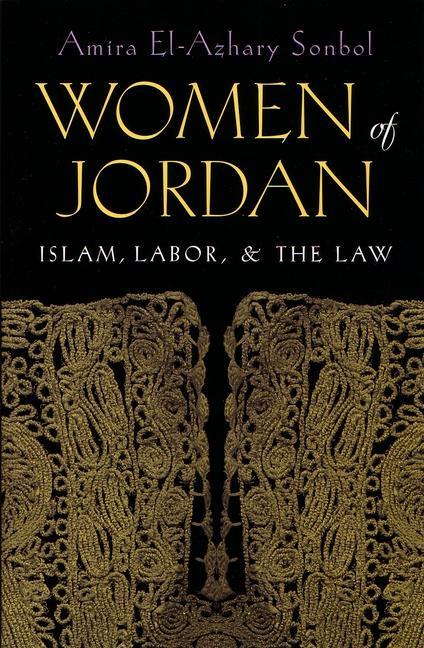 Women of Jordan: Islam, Labor, and the Law

An incisive study of the past, present, and future of Jordanian and Palestinian women women and issues of employment education, human rights, Islamic law, and legal practice.Focusing specifically on Jordanian and Palestinian women, Amira El-Azhary Sonbol shows the legal constraints extant in a number of legal codes, namely penal codes that permit violence against Muslim women and personal status laws that require a husband's permission for a woman to work. Leniency in honor crimes and early marriage and motherhood for girls are other factors which extend the patriarchal power throughout an Arab and Muslim woman's life, and ultimately deny her full legal competency.Constitutions may declare all citizens equal before the eyes of the law, but labor, personal status, and criminal laws contradict this Significantly, Sonbol notes that social acceptance of these laws as "Islamic" constitutes a major problem in any effort to change them even though historically the Islamic Shari'a actually encourages women's work and throughout Islamic history Muslim women have contributed materially to their society's economy. In a book that will make an important contribution to the literature in the field Sonbol effectively illustrates how Jordanian laws controlling gender, family, and work combine with laws and legal philosophies derived from tribal, traditional, Islamic, and modern laws to form a strict patriarchal structure.

Amira El-Azhary Sonbol is associate professor of Islamic history, law, and society at Georgetown University. She is the author of The New Mamluks: Egyptian Society and Modern Feudalism; The Creation of a Medical Profession in Egypt, 1800-1922; and editor of Women, the Family, and Divorce Laws in Islamic History, all published by Syracuse University Press.