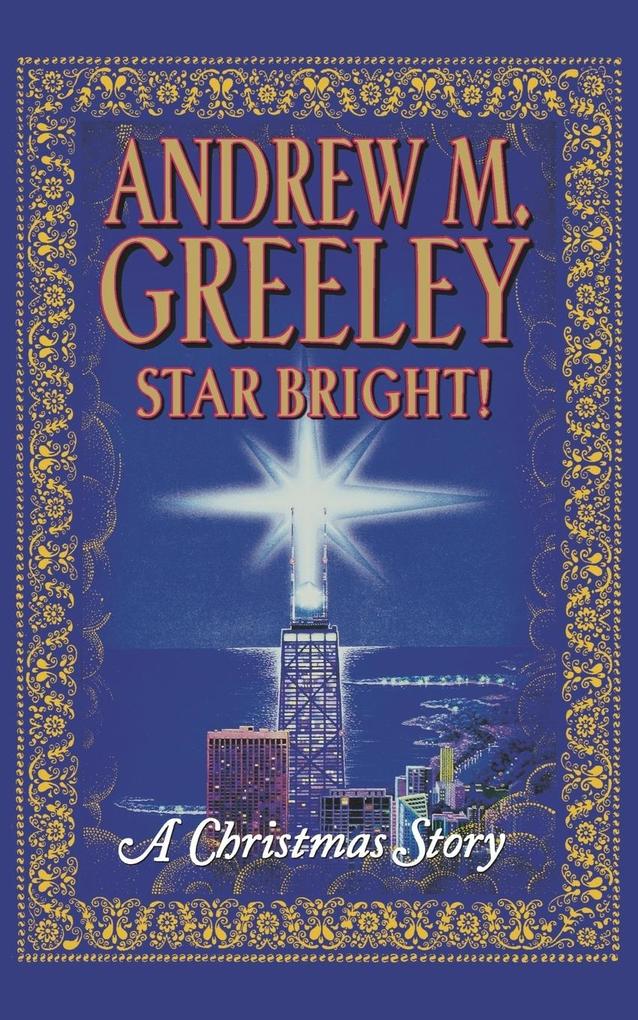 It's beginning to look a lot like an American Christmas: unpleasant relatives, miserable travel, a slobbering dog-and one "harmless American of Irish origins," Jack Flanigan, who is reluctantly falling in love with a young Russian woman studying at Harvard.
She's spending Christmas alone in a foreign country, so he invites the dark-eyed beauty home to Chicago for the holiday. Even though it isn't Christmas in the Russian Orthodox calendar, she accepts!
What happens when she gets to Chicago and caught in the maelstrom of commercialized Yuletide? Enough to say, there's a tree, and a feast, and midnight Mass, and a gaggle of contentious Flanigans of all ages-who have the merriest Christmas ever-and nothing will ever be quite the same for any of them.
Especially for Jack.

A native of Chicago, Reverend Andrew M. Greeley, is a priest, distinguished sociologist and bestselling author. He is professor of social sciences at the University of Chicago and the University of Arizona, as well as Research Associate at the National Opinion Research Center at the University of Chicago. His current sociological research focuses on current issues facing the Catholic Church-including celibacy of priests, ordination of women, religious imagination, and sexual behavior of Catholics.
Father Greeley received the S.T.L. in 1954 from St. Mary of Lake Seminary. His graduate work was done at the University of Chicago, where he received the M.A. Degree in 1961 and the Ph.D. in 1962.
Father Greeley has written scores of books and hundreds of popular and scholarly articles on a variety of issues in sociology, education and religion. His column on political, church and social issues is carried by the carried by the "Chicago Sun Times" and may other newspapers. He stimulates discussion of neglected issues and often anticipates sociological trends. He is the author of more than thirty bestselling novels and an autobiography, "Furthermore!: Confessions of a Parish Priest."

"Father Greeley has given great attention to the role of imagination in the life of faith. What he is doing is re-evangelizing the imagination, using fiction to address the faith and the mysteries of the faith. That's an extraordinarily significant project."-Cardinal Francis George, archbishop of Chicago
"Nobody has ever left the church because of an Andrew Greeley novel, but many have been attracted back to it by him."-Rev. Ron Rolheiser, O.M.I.
"This modern-day parable relates a charming story with a message to which we can all relate. . . . Pure Greeley, "Star Bright!" is yet another example of this distinguished author's skill at imparting truths in the guise of enjoyable entertainment."-"The Chattanooge Free Press"
"All charm and wit."-"Kirkus Reviews" on "Star Bright!"
"The perfect holiday read . . . Greeley capitalizes on his experience writing suspense to keep us guessing until the final pages. His descriptions of both scene and character are vivid and full of evocative detail."-"The Calgary Herald" on "Star Bright!"
"Not your average Christmas tale . . . As usual, Greeley is a kindly matchmaker and a forgiving Catholic: fans may gobble down his latest confection like so much Christ rom-baba.""-Publishers Weekly" on "Star Bright!"