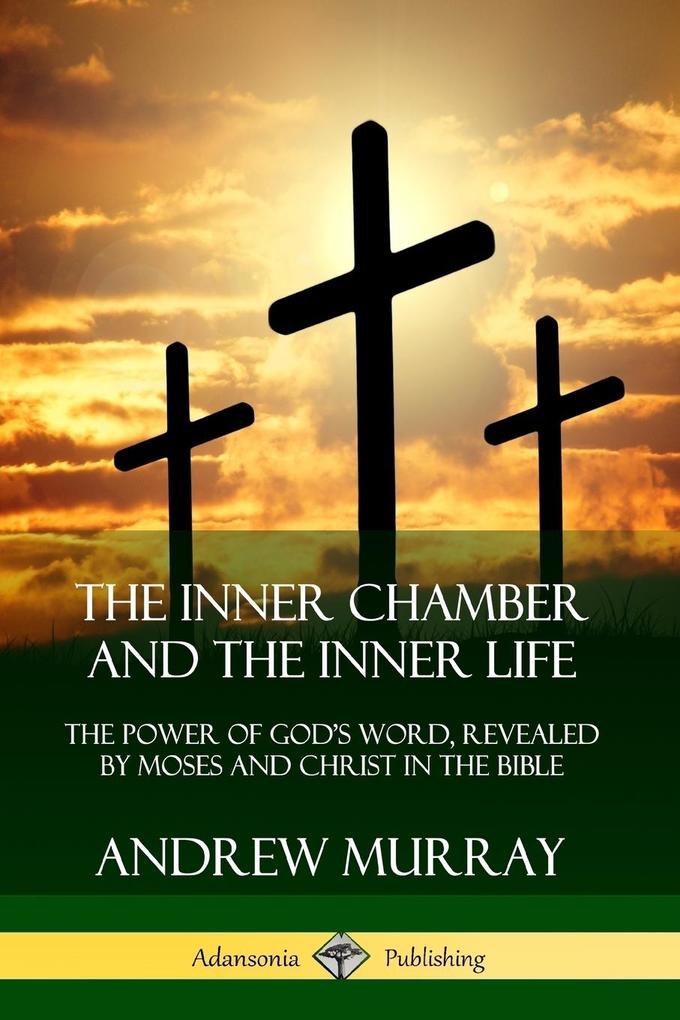 The Inner Chamber and the Inner Life

von Andrew Murray
The Power of Gods Word, Revealed by Moses and Christ in the Bible. Paperback. Sprache: Englisch.
Taschenbuch
Andrew Murray's classic guide to nurturing the inner spirit relates many inspiring spiritual stories, such as the life of the Prophet Moses and God's thoughts as dispensed by the Lord Jesus Christ.


An all-embracing tour of Biblical profundity, The Inn … weiterlesen

The Power of Gods Word, Revealed by Moses and Christ in the Bible.
Paperback.
Sprache: Englisch.

Andrew Murray's classic guide to nurturing the inner spirit relates many inspiring spiritual stories, such as the life of the Prophet Moses and God's thoughts as dispensed by the Lord Jesus Christ.


An all-embracing tour of Biblical profundity, The Inner Chamber and the Inner Life looks at a variety of Bible stories and incidents to show the reader how to be mindful of the essential teachings of God. The titular 'inner chambers' refer to the atmosphere in which the truest prayer takes place; it is by admitting ourselves to these regularly that we attain authentic 'inner life'. In writing this book, Murray aims to prepare and motivate the reader for this closer connection to the divine.


Yet this book is not simply a devotional with an emphasis on prayer; it is a manual which discusses improving one's relationship with God. Keeping oneself mindful of the sacrifice and efforts of Jesus, and carrying out the virtues preached by the Son of God is paramount to gaining a closer bond with the force of the Lord.

Andrew Murray (9 May 1828 - 18 January 1917) was a South African writer, teacher and Christian pastor. Murray considered missions to be "the chief end of the church"
Andrew Murray was the second child of Andrew Murray Sr. (1794-1866), a Dutch Reformed Church missionary sent from Scotland to South Africa. He was born in Graaff Reinet, South Africa. His mother, Maria Susanna Stegmann, was of French Huguenot and German Lutheran descent.[1]
Murray was sent to the University of Aberdeen in Scotland for his initial education, together with his elder brother, John. Both remained there until they obtained their master's degrees in 1845. From there, they both went to the University of Utrecht where they studied theology. The two brothers became members of Het Réveil, a religious revival movement opposed to the rationalism which was in vogue in the Netherlands at that time. Both brothers were ordained by the Hague Committee of the Dutch Reformed Church on 9 May 1848 and returned to the Cape.
Murray married Emma Rutherford in Cape Town, South Africa, on 2 July 1856. They had eight children together (four boys and four girls).
Murray pastored churches in Bloemfontein, Worcester, Cape Town and Wellington, all in South Africa. He was a champion of the South African Revival of 1860.
In 1889, he was one of the founders of the South African General Mission (SAGM), along with Martha Osborn and Spencer Walton. After Martha Osborn married George Howe, they formed the South East Africa General Mission (SEAGM) in 1891. SAGM and SEAGM merged in 1894. Because its ministry had spread into other African countries, the mission's name was changed to Africa Evangelical Fellowship (AEF) in 1965. AEF joined with Serving In Mission (SIM) in 1998 and continues to this day.
Through his writings, Murray was also a key "Inner Life" or "Higher Life" or Keswick leader, and his theology of faith healing and belief in the continuation of the apostolic gifts made him a significant forerunner of the Pentecostal movement.[2]
In 1894, Murray was visited by John McNeill and Rev. J Gelson Gregson, the ex-British Army Chaplain and Keswick convention speaker.