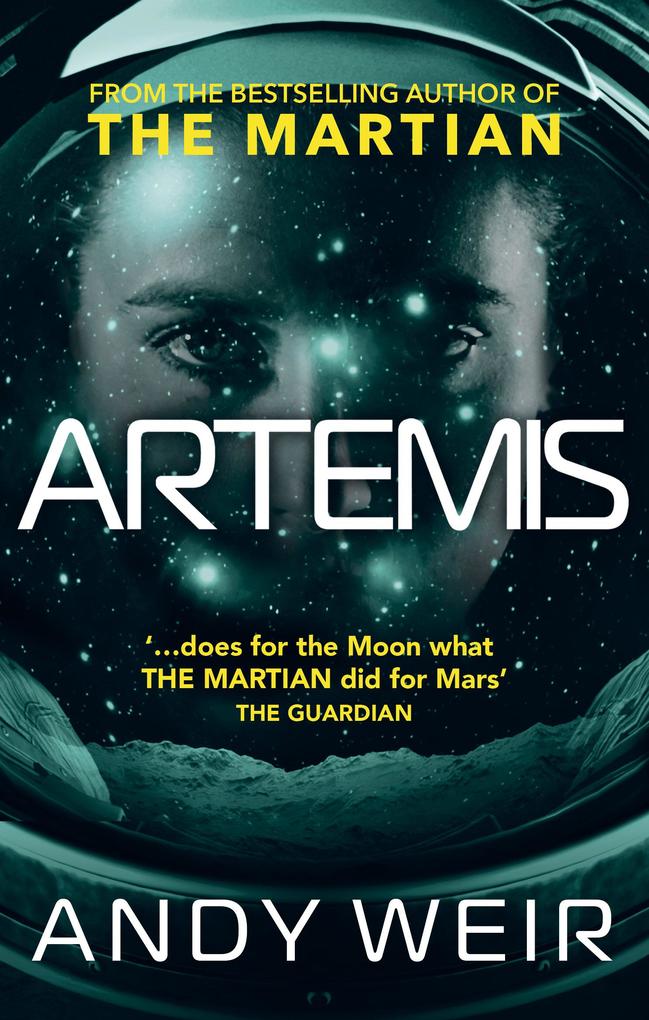 Ever had a bad day? Try having one on the moon...

WELCOME TO ARTEMIS. The first city on the moon.
Population 2,000. Mostly tourists.
Some criminals.

Jazz Bashara is one of the criminals. She lives in a poor area of Artemis and subsidises her work as a porter with smuggling contraband onto the moon. But it's not enough.

So when she's offered the chance to make a lot of money she jumps at it. But though planning a crime in 1/6th gravity may be more fun, it's a lot more dangerous...

What everyone's saying about this smart, high concept thriller:

'A smart, fun, fast-paced adventure that you won't be able to put down' Ernest Cline, bestselling author of Ready Player One

Andy Weir built a two-decade career as a software engineer until the success of his first published novel, The Martian, allowed him to live out his dream of writing full-time. He is a lifelong space nerd and a devoted hobbyist of such subjects as relativistic physics, orbital mechanics, and the history of manned spaceflight. He also mixes a mean cocktail. He lives in California.

Artemis does for the moon what The Martian did for Mars. His second novel concerns a likeable protagonist in peril, saved by her own resourcefulness, in a tale that leaves readers better informed about science than they were before they read it...Plus the narrator has real charm. There's no question that this novel is going to be a hit The Guardian
Kunden, die diesen Artikel gekauft haben, kauften auch
Schreiben Sie eine Rezension