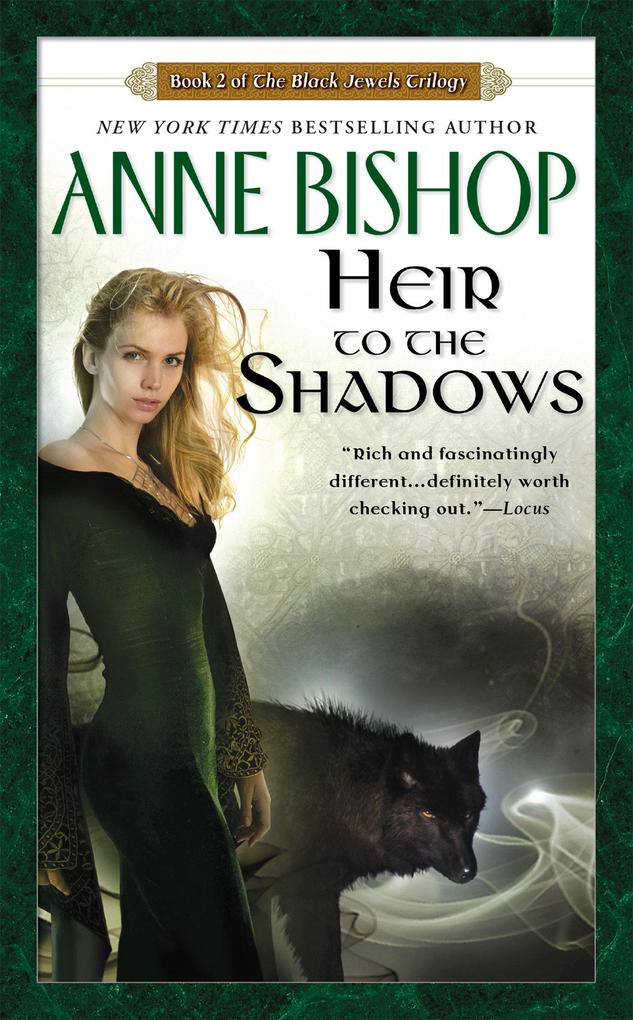 Heir to the Shadows

von Anne Bishop
Empfohlen ab 18 Jahre. Sprache: Englisch.
Taschenbuch
Jaenelle reigns as Queen of Ebon Askavi only as long as she can stave off her enemies, but she cannot do this without help from her consort, Daemon, whose love will help to secure her power, but his love might not be enough
Dieser Artikel ist auch verfügbar als:
Geschenk per Mail versenden
Taschenbuch

In the second novel set in the "darkly fascinating world" (SF Site) of Anne Bishop's Black Jewels Trilogy, ambitions unfurl as the realm's dreams of a liberator have finally been made flesh...

The Blood have waited centuries for the coming of Witch, the living embodiment of magic. But Jaenelle, the young girl singled out by prophecy, is haunted by the cruel battles fought over her-for not all the Blood await her as their Savior. Some dismiss her as a myth. Some refuse to believe. And still others look forward to using her, making her a pawn to their shadowy devices.

Only time and the devotion of her loyal guardians have healed Jaenelle's physical wounds. But her mind is fragile, barely able to protect her from the horrifying memories of her childhood. Nothing, however, can deflect her from her destiny-and the day of reckoning looms near. When her memories return. When her magic matures. When she is forced to accept her fate.

On that day, the dark Realms will know what it means to be ruled by Witch.

New York Times bestselling author Anne Bishop is a winner of the William L. Crawford Memorial Fantasy Award, presented by the International Association for the Fantastic in the Arts, for The Black Jewels Trilogy. She is also the author of the Ephemera series, the Tir Alainn trilogy, and the Novels of the Others-including Etched in Bone, Marked in Flesh, Vision in Silver, Murder of Crows, and Written in Red. She lives in upstate New York.

Praise for Heir to the Shadows

"The fabulous talent of Anne Bishop is showcased in Heir to the Shadows....Ms. Bishop's striking magical concepts and powerful images are wonderfully leavened with unexpected dash and humor, creating an irresistible treat for fantasy fans."-RT Book Reviews

"Heir to the Shadows isn't as dark as its predecessor...All the other elements that made the first book such a gripping read are present: vivid and sympathetic characters, a fascinating and fully-realized magical system...lavish and sensuous descriptions, and interesting world building that turns traditional gender roles and concepts of dominance and submission on their heads....It's a terrific read, and I highly recommend both it and Daughter of the Blood."-SF Site