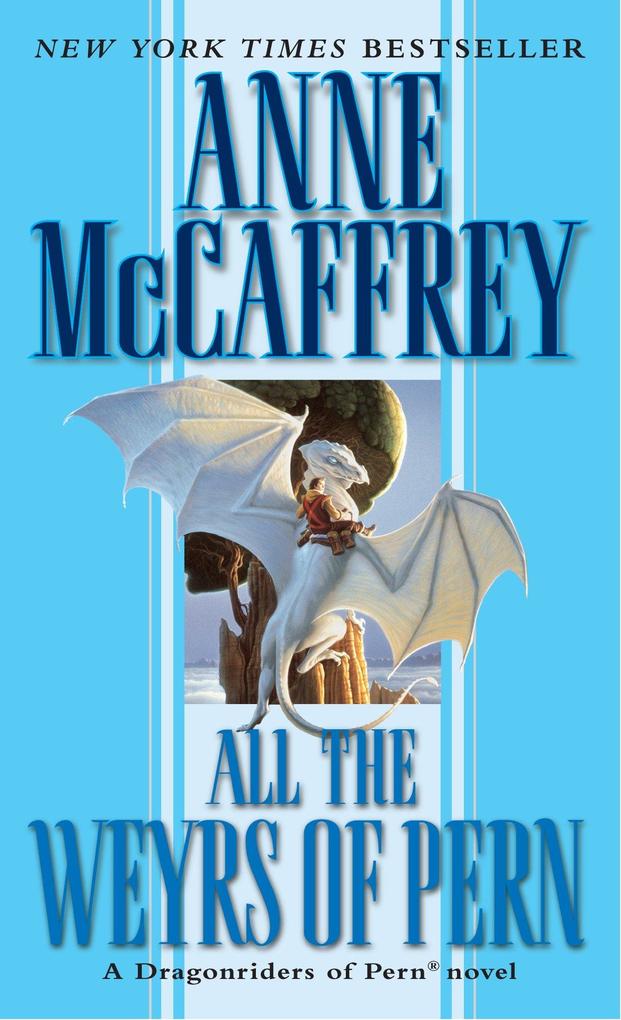 All the Weyrs of Pern

For generations, the dragonriders had dedicated their lives to fighting Thread, the dreaded spore … weiterlesen

Titel: All the Weyrs of Pern
Autor/en: Anne McCaffrey

"When McCaffrey's beloved dragons roar and their riders soar on the beasts' mighty backs . . . fans of Pern will likely be enthralled."-Publishers Weekly

For generations, the dragonriders had dedicated their lives to fighting Thread, the dreaded spores that periodically rained from the sky to ravage the land. On the backs of their magnificent telepathic dragons they flew to flame the deadly stuff out of the air before it could reach the planet's surface. But the greatest dream of the dragonriders was to find a way to eradicate Thread completely, so that never again would their beloved Pern be threatened with destruction.

Now, for the first time, it looks as if that dream can come true. For when the people of Pern, led by Masterharper Robinton and F'lar and Lessa, Weyrleader and Weyrwoman of Bendon Weyr, excavate the ancient remains of the planet's original settlement, they uncover the colonists' voice-activated artificial intelligence system-which still functions. And the computer has incredible news for them: There is a chance-a good chance-that they can, at long last, annihilate Thread once and for all.

Anne McCaffrey, one of the world's most popular authors, is best known for her Dragonriders of Pern® series. She was the first woman to win the two top prizes for science fiction writing, the Hugo and Nebula awards. She was also given the American Library Association's Margaret A. Edwards Award for Lifetime Literary Achievement in Young Adult Fiction, was inducted into the Science Fiction Hall of Fame, and was named a Science Fiction Writers of America Nebula Grand Master. Born in Cambridge, Massachusetts, in 1926, McCaffrey relocated to Ireland in the 1970s, where she lived in a house of her own design, named Dragonhold-Underhill. She died in 2011.

Schreiben Sie eine Bewertung für: All the Weyrs of Pern