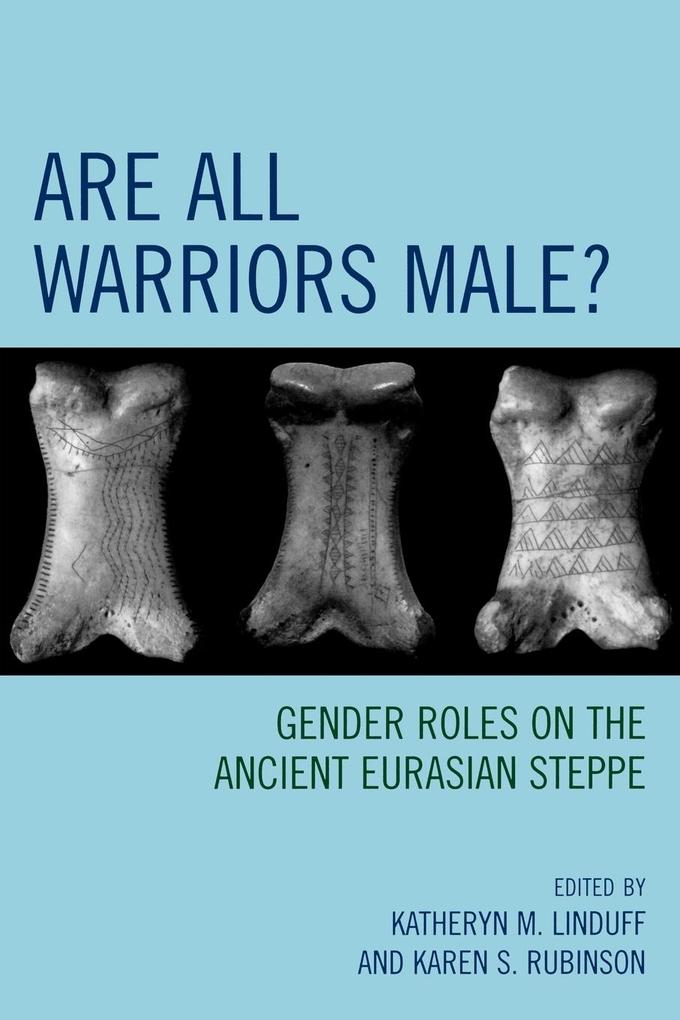 Are All Warriors Male?

Gender Roles on the Ancient Eurasian Steppe. Paperback. Sprache: Englisch.
Taschenbuch
This collection of original essays presents an in-depth look at the archaeology of the Eurasian steppe--from China to Europe--and the evidence of gender roles in ancient nomadic societies.

Titel: Are All Warriors Male?

This collection of original essays presents an in-depth look at the archaeology of the Eurasian steppe--from China to Europe--and the evidence of gender roles in ancient nomadic societies.

Chapter 1 Foreword Chapter 2 Introduction: The Nature of Nomads, Cultural Variation, and Gender Roles Past and Present Part 3 Part I: The Warrior Culture: Myth and Identity Chapter 4 1. Reconsidering Warfare, Status, and Gender in the Eurasian Steppe Iron Age Chapter 5 2. Arma Feminamque Cano: Warrior Women in the Indo-European World Chapter 6 3. Tillya Tepe: Aspects of Gender and Cultural Identity Part 7 Part II: Horses and the Gendering of Identity on the Steppe and Beyond Chapter 8 4. Women's Attire and Possible Sacred Role in 4th Millennium Northern Kazakhstan Chapter 9 5. He Who Eats the Horse, She Who Rides It? Symbols of Gender Identity on the Eastern Edges of the Eurasian Steppe Chapter 10 6. Horses and Gender in Korea: The Legacy of the Steppe on the Edge of Asia Part 11 Part III: Marriage, Families, and Death on the Steppe Chapter 12 7. Women and Children in the Sargat Culture Chapter 13 8. Sorting Out Men and Women in the Karasuk Culture Chapter 14 9. The Gender of Luxury and Power among the Xiongnu in Eastern Eurasia

Katheryn M. Linduff is University Center for International Studies Professor of art history and archaeology at the University of Pittsburgh, specializing in the study of early China and Inner Asia. Karen S. Rubinson is a research scholar in the Department of Anthropology at Barnard College.

The 'warrior woman' concept has captured the scholarly and popular imagination at least since Herodotus' excursus on the Amazons. Most treatments of this subject, however, have tended to focus on historically documented contexts. This edited volume of essays by leading scholars presents the archaeological evidence for the prehistoric social configurations of Eurasian steppe peoples. It is a timely and rigorously researched treatment of ancient societies in which the domain of war was not always exclusively male. -- Bettina Arnold, University of Wisconsin-Milwaukee This important book dramatically expands the archaeological analysis of gender. Geographically, it harnesses the rich conceptual apparatus concerning gender and social roles to the study of the vast Eurasian continent, which has slowly emerged as one of the most intellectually vibrant domains of ongoing archaeological work. Analytically, the volume's tight focus on the gendering of martial violence is equally groundbreaking. By revealing 'man the warrior' to be as trite as the long-abandoned 'man the hunter,' the book's contributors elevate the archaeological study of gender, warfare, and violence into new and sophisticated realms of inquiry. -- Adam Smith, University of Chicago