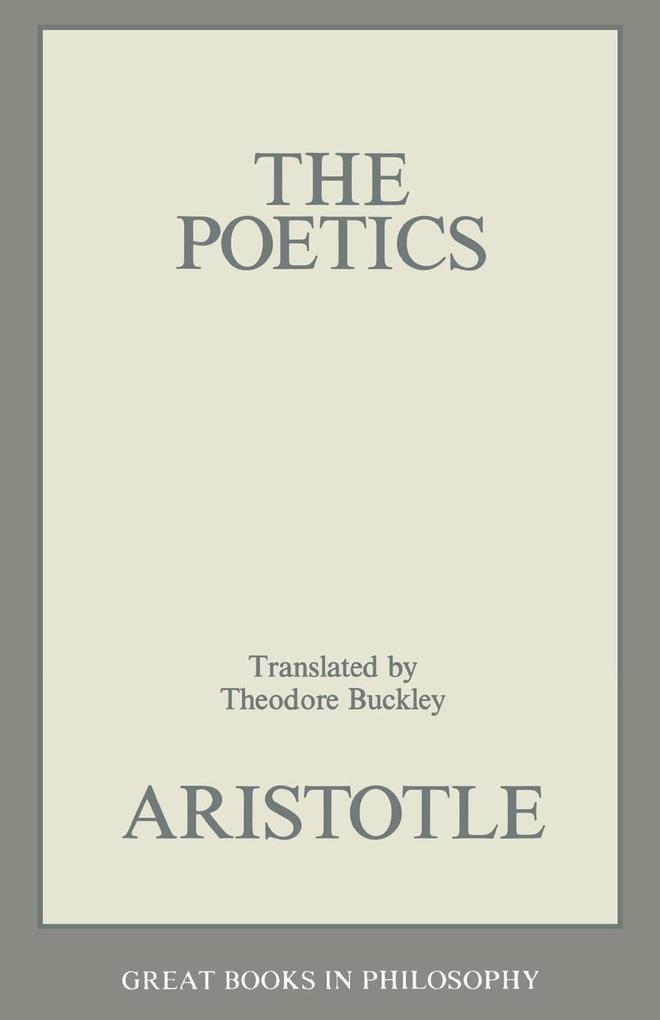 Analyzing the poetic genres of his own day, particularly epic and tragedy, Aristotle sets forth a comprehensive theory of the poetic art. In this seminal and highly influential work of ancient literary criticism, Aristotle discusses poetry's esthetic function as well as its emotional value, revealing at the same time the basic principles of literary art and giving practical hints to the poet.

ARISTOTLE was born in the northern Greek town of Stagira in 384 B.C.E., where his father was the personal physician to the great-grandfather of Alexander the Great. At the age of eighteen Aristotle entered Plato's Academy and soon became recognized as its most important student. He remained under Plato's tutelage for nearly twenty years.

After his teacher's death in 347 B.C.E., Aristotle cultivated associations with other Academy students throughout Greece and Asia Minor. Then in 342 B.C.E., Aristotle was asked by King Philip II of Macedonia to become the tutor for his young son Alexander, who was later to become the conqueror of much of the known world at that time. The young prince remained under Aristotle's supervision until 336 B.C.E., when he acceded to the throne after his father's death. Two years later Aristotle returned to Athens and founded his own school, which he called the Lyceum. This intellectual center flourished during the years when Alexander the Great ruled Greece as part of his large empire. But upon Alexander's death in 323 B.C.E., Aristotle was charged with impiety by Athenians who resented his associations with the Macedonian conqueror. Rather than risk the same fate as Plato's mentor, Socrates, Aristotle fled to the city of Chalcis, where he died in 322 B.C.E.

Aristotle's interests, like those of Plato, were diverse and his writing cast its shadow on many fields, including logic, metaphysics, epistemology, ethics, politics, and the sciences. Among his most well-known works are: The Categories, The Prior and Posterior Analytics, The Physics, The Meta­physics, De Anima, The Nicomachean Ethics, and The Politics.