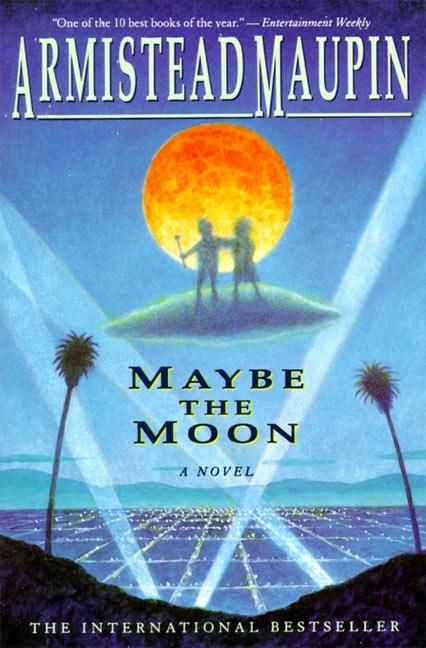 Maybe the Moon, Armistead Maupin's first novel since ending his bestselling Tales of the City series, is the audaciously original chronicle of Cadence Roth -- Hollywood actress, singer, iconoclast and former Guiness Book record holder as the world's shortest woman. All of 31 inches tall, Cady is a true survivor in a town where -- as she says -- "you can die of encouragement." Her early starring role as a lovable elf in an immensely popular American film proved a major disappointment, since moviegoers never saw the face behind the stifling rubber suit she was required to wear. Now, after a decade of hollow promises from the Industry, she is reduced to performing at birthday parties and bat mitzvahs as she waits for the miracle that will finally make her a star. In a series of mordantly funny journal entries, Maupin tracks his spunky heroine across the saffron-hazed wasteland of Los Angeles -- from her all-too-infrequent meetings with agents and studio moguls to her regular harrowing encounters with small children, large dogs and human ignorance. Then one day a lanky piano player saunters into Cady's life, unleashing heady new emotions, and she finds herself going for broke, shooting the moon with a scheme so harebrained and daring that it just might succeed. Her accomplice in the venture is her best friend, Jeff, a gay waiter who sees Cady's struggle for visibility as a natural extension of his own war against the Hollywood Closet. As clear-eyed as it is charming, Maybe the Moon is a modern parable about the mythology of the movies and the toll it exacts from it participants on both sides of the screen. It is a work that speaks to the resilience of the human spirit from a perspective rarely found in literature.

Armistead Maupin is the author of the nine-volume Tales of the City series, which includes Tales of the City, More Tales of the City, Further Tales of the City, Babycakes, Significant Others, Sure of You, Michael Tolliver Lives, Mary Ann in Autumn, and now The Days of Anna Madrigal. Maupin's other novels include Maybe the Moon and The Night Listener. Maupin was the 2012 recipient of the Lambda Literary Foundation's Pioneer Award. He lives in San Francisco with his husband, the photographer Christopher Turner.