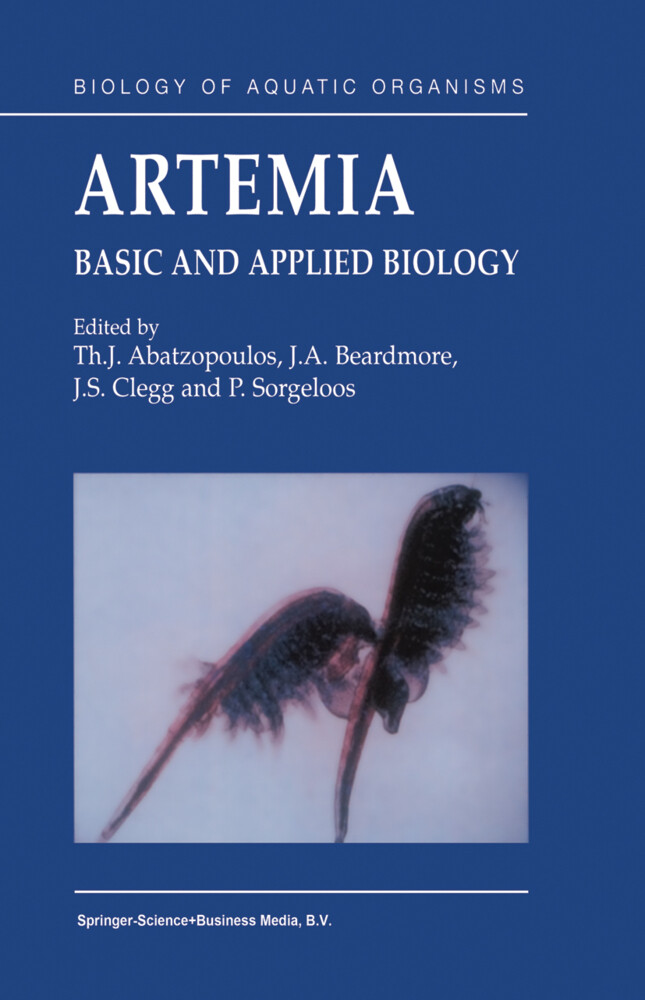 Softcover reprint of hardcover 1st ed. 2002. Paperback. Sprache: Englisch.
Taschenbuch
The objectives of this volume are to present an up-to-date (literature survey up to 2001) account of the biology of Artemia focusing particularly upon the major advances in knowledge and understanding achieved in the last fifteen or so years and emph … weiterlesen
Geschenk per Mail versenden
Taschenbuch

The objectives of this volume are to present an up-to-date (literature survey up to 2001) account of the biology of Artemia focusing particularly upon the major advances in knowledge and understanding achieved in the last fifteen or so years and emphasising the operational and functional linkage between the biological phenomena described and the ability of this unusual animal to thrive in extreme environments. Artemia is a genus of anostracan crustaceans, popularly known as brine shrimps. These animals are inhabitants of saline environments which are too extreme for the many species which readily predate them if opportunity offers. They are, thus, effectively inhabitants of extreme (hypersaline) habitats, but at the same time are able to tolerate physiologically large changes in salinity, ionic composition, temperature and oxygen tension. Brine shrimp are gener­ ally thought of as tropical and subtropical, but are also found in regions where temperatures are very low for substantial periods such as Tibet, Siberia and the Atacama desert. They have, thus, great powers of adaptation and are of interest for this capacity alone. The earliest scientific reference to brine shrimp is in 1756, when Schlosser reported their existence in the saltpans of Lymington, England. These saltpans no longer exist and brine shrimp are not found in Britain today. Later, Linnaeus named the brine shrimp Cancer salinus and later still, Leach used the name Artemia salina. The strong effect which the salinity of the medium exerts on the morphological development of Artemia is now widely recognised.

"The book represents a synthesis of work on Artemia over the past decade and a half and is a worthy addition to research on this remarkable animal. Covering a delightful variety of current research, I am confident that it will be referenced by scientists working in the field for years to come."
(Brian D. Eads, University of Wisconsin, Madison, USA in The Journal of Experimental Biology, 207:11)
Kunden, die diesen Artikel gekauft haben, kauften auch
Schreiben Sie eine Rezension