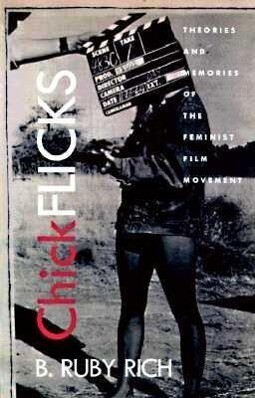 Chick Flicks: Theories and Memories of the Feminist Film Movement

B. Ruby Rich is Professor of Film and Digital Media at the University of California, Santa Cruz. She has written for scores of publications, from "Signs," "GLQ," "Film Quarterly," and "Cinema Journal" to "The New York Times," "The Village Voice," "The Nation," and "The Guardian" (UK). She has served as juror and curator for the Sundance and Toronto International Film Festivals and for major festivals in Germany, Mexico, Australia, and Cuba. The recipient of awards from Yale University, the Society for Cinema and Media Studies, and Frameline, Rich is the author of "New Queer Cinema: The Director's Cut," also published by Duke University Press.

"Rich has written pieces for many journals and some of the articles reprinted here have been critically influential. [She offers] a wealth of analysis, from close textual detail to a general review of women filmmakers' triumphs in erstwhile male arenas of filmmaking. Although Rich documents how the spaces where women speak sometimes become embattled and embittered, we still have a vision of hope and change. That hand could be a helping one." --DIVA, April 1999 "A remarkable book. Rich has written a memoir that encourages the reader not only to see the original essays in a new context but also and especially to understand the development of an intellectual and political movement with all of its complications and personal inventions." --Judith Mayne, author of Cinema and Spectatorship "This ... is sure to become a classic. [Rich] has proven herself to be a courageous guide into unchartered aesthetic and political territory and, in describing so eloquently what she finds there, she does what critics aspire to but rarely achieve; she both educates and entertains." -- Sally Potter, director of the films Orlando and The Tango