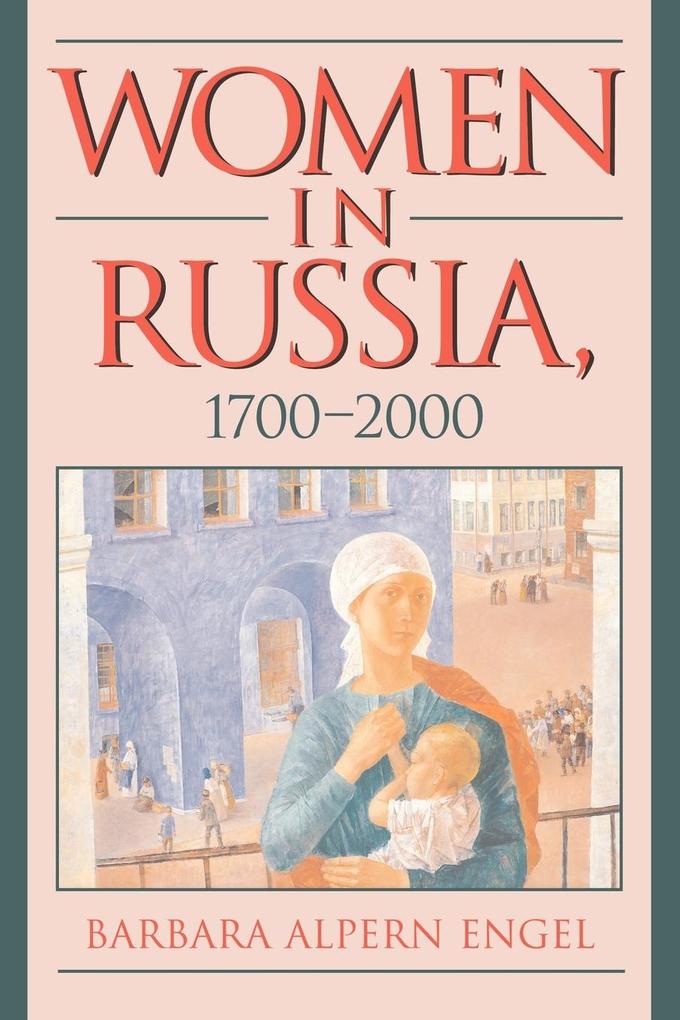 Compelling chronological narrative of women's experiences in Russia, from the seventeenth century to the present.

"This lively, rich, and intelligent history of women in Russia will be of great interest to both students and teachers of Russian and Soviet society." Slavic Review "In richly textured and graceful prose, the premier historian of Russian women, Barbara Engel, has given us the story of the burdens and conflicts, triumphs and defeats of women in tsarist Russia and the Soviet Union. Bringing in both elite and ordinary women, Russians and the non-Russian peoples, their everyday lives as well as political achievements, she tells a tale, not of steady progress, but of constant struggle against traditional patriarchy, unfulfilled promises of reformers and revolutionaries, and great and small victories always vulnerable to reversal. Here Russia's history is rounded out by the voices of those too often left silent." Professor Ronald Grigor Suny, University of Chicago "Many thanks to Barbara Engel for the book we have been waiting for--the first comprehensive history of Russian women... Engel moves expertly from Imperial to Soviet to post-Soviet Russia. A splendid read from start to finish, Women in Russia, 17002000, is learned, vivid, and utterly absorbing. Engel, the top scholar in the field of Russian women's history, is also a skilled storyteller who gives us exactly the right balance of Russian historical context, general narrative, brilliant analysis, and spirited accounts of individual women's lives. Women in Russia is for everyone-- students, scholars, and any reader who appreciates fascinating and vital history at its very best." Nina Tumarkin, Professor of History, Wellesley College, author of Lenin Lives! The Lenin Cult in Soviet Russia (1983) and The Living and the Dead: The Rise and Fall of the Cult of World War II in Russia (1994) "Ranging from Peter the Great to the present, from tsarina to peasant, and from village to city, Barbara Engel's sweeping synthesis presents, for the very first time, the full panorama of Russian women's history. Her stories of women and their struggles through the centuries will prove essential to every student and teacher of Russian history." Wendy Z. Goldman, Department of History, Carnegie Mellon University "This extraordinary survey combines astute synthesis and telling, sometimes searing detail. The clear and thoughtful narrative carries the reader through three centuries of riveting history, including the critical events of the past fifteen years. Engel is at the top of her form and has written another top-notch book." Bonnie G. Smith, Rutgers University, author of Changing Lives: Women in European History since 1700 (1989). "...Engel's book is a success." Christine Ruane, University of Texas, Russian Review "This lively, rich, and intelligent history of women in Russia will be of great interest to both students and teachers of Russian and Soviet society." Slavic Review "Engel's text is essential for Russian historians and for Slavists with an interest in women's studies." Slavic and East European Journal,/i> Erin Collopy, Texas Tech University "After thirty-five years of scholarly research on women in Russian history, enough work has appeared to justify a preliminary survey of the topic. Even so, it takes courage to accept the assignment. Despite the many excellent studies now available, large gaps in knowledge remain. Barbara Alpern Engel is to be congratulated for taking on the difficult task of surveying the field and giving an assessment of what we currently know about women in the Russian past. And, indeed, no one is better able to do this, as Englel is herself a pioneer who has contributed much to our knowledge." - Julie Hessler, University of Oregon