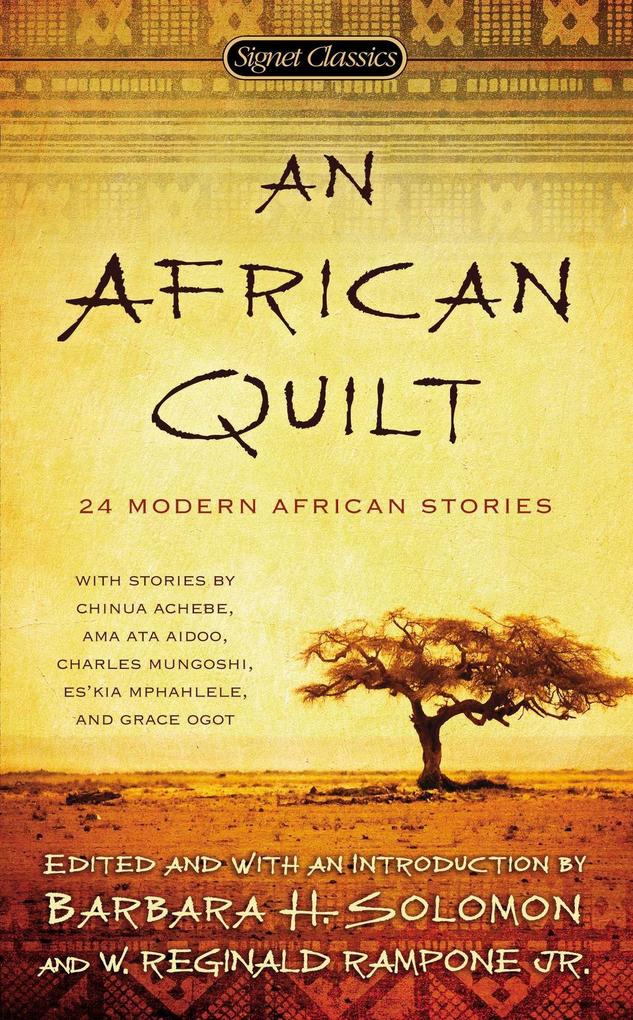 Encompassing many different visions of Africa, the stories in this comprehensive collection feature characters struggling to survive grinding poverty, tyrannical governments, cultural upheavals, and disintegrating relationships.
Reflecting a continent with a tragic history, An African Quilt depicts a place where even everyday life is extraordinary, and the continent's history changes what it means to be a woman, an employee, a couple, a passerby, and, of course, a citizen. Revealed through the backdrop of postcolonial Africa, the struggles within these stories resonate beyond their context and appeal to every reader's sense of what it means to be human.

Barbara H. Solomon is a professor of English and Women's Studies at Iona College. Her major academic interests are twentieth century American and world literature. Among the anthologies she has edited are The Awakening and Selected Stories of Kate Chopin, Other Voices, Other Vistas, Herland and Selected Stories of Charlotte Perkins Gilman, and The Haves and Have-Nots. With Eileen Panetta, she has co-edited Once Upon a Childhood, Passages: 24 Modern Indian Stories, and Vampires, Zombies, Werewolves, and Ghosts: 25 Classic Stories of the Supernatural.
Prof. W. Reginald Rampone, Jr., is an associate professor of English who has taught at numerous colleges and universities. His research focuses on early modern English literature, especially Shakespeare's plays, and he has published Sexuality in the Age of Shakespeare. He is currently working on a book concerning Shakespeare's Much Ado About Nothing and a critical edition of Nicholas Goodman's Hollands Leaguer.

Taschenbuch
The Sonnets and Narrative Poems - The…
von William Shakespe…