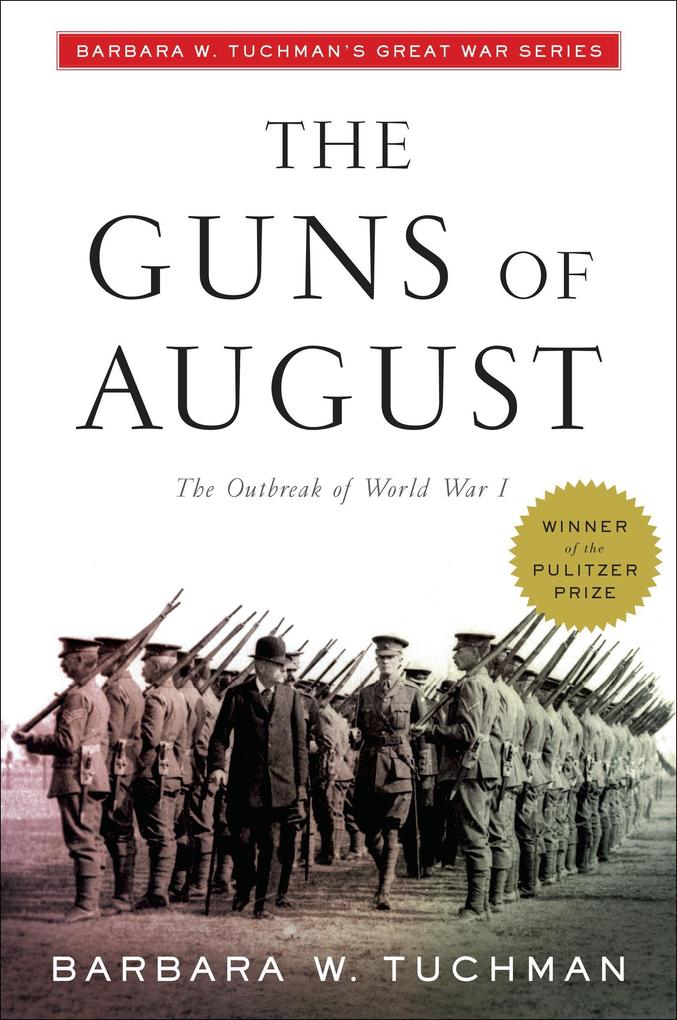 The Guns of August: The Outbreak of World War I; Barbara W. Tuchman's Great War Series

von Barbara W. Tuchman
Ballantine Book. Sprache: Englisch.
Taschenbuch
Selected by the Modern Library as one of the 100 best nonfiction books of all time

The Proud Tower, the Pulitzer Prize-winning The Guns of August, and The Zimmerman Telegram comprise Barbara W. Tuchman's classic histories of the First World War era

The Proud Tower, the Pulitzer Prize-winning The Guns of August, and The Zimmerman Telegram comprise Barbara W. Tuchman's classic histories of the First World War era

In this landmark, Pulitzer Prize-winning account, renowned historian Barbara W. Tuchman re-creates the first month of World War I: thirty days in the summer of 1914 that determined the course of the conflict, the century, and ultimately our present world. Beginning with the funeral of Edward VII, Tuchman traces each step that led to the inevitable clash. And inevitable it was, with all sides plotting their war for a generation. Dizzyingly comprehensive and spectacularly portrayed with her famous talent for evoking the characters of the war's key players, Tuchman's magnum opus is a classic for the ages.

Praise for The Guns of August

"A brilliant piece of military history which proves up to the hilt the force of Winston Churchill's statement that the first month of World War I was 'a drama never surpassed.'"-Newsweek

"A fine demonstration that with sufficient art rather specialized history can be raised to the level of literature."-The New York Times

"[The Guns of August] has a vitality that transcends its narrative virtues, which are considerable, and its feel for characterizations, which is excellent."-The Wall Street Journal

Barbara W. Tuchman (1912-1989) achieved prominence as a historian with The Zimmermann Telegram and international fame with The Guns of August-a huge bestseller and winner of the Pulitzer Prize. Her other works include Bible and Sword, The Proud Tower, Stilwell and the American Experience in China (for which Tuchman was awarded a second Pulitzer Prize), Notes from China, A Distant Mirror, Practicing History, The March of Folly, and The First Salute.

Taschenbuch
Up from Slavery: An Autobiography
von Booker T. Washin…