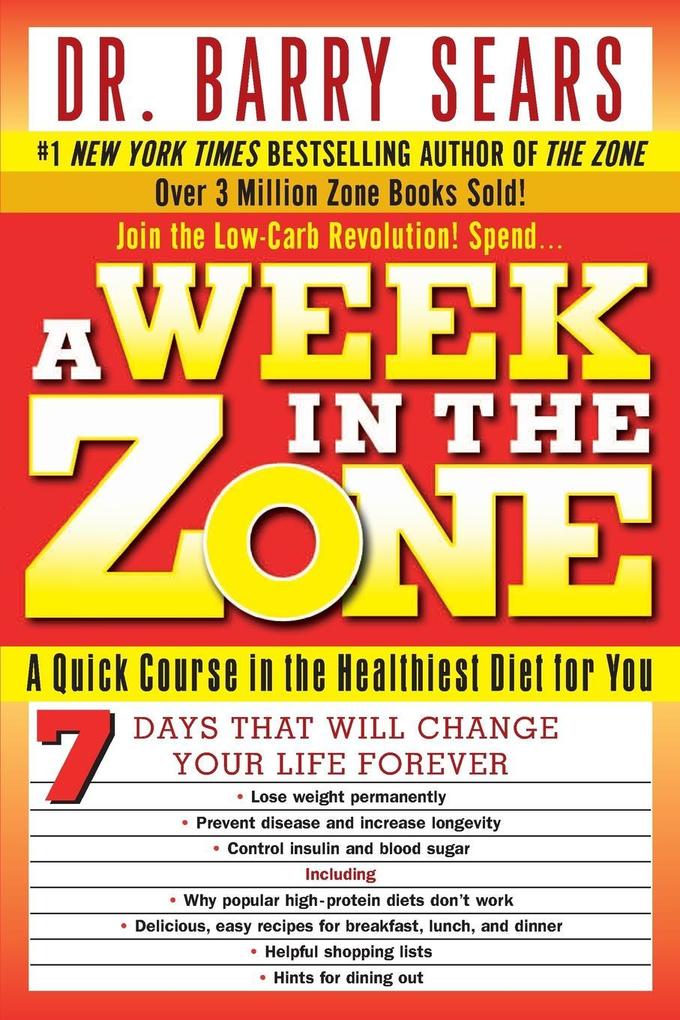 Week in the Zone, A

Titel: Week in the Zone, A
Autor/en: Barry Sears

A national bestseller for more than three years in hardcover, The Zone has introduced millions of people worldwide to a breakthrough approach to dieting based on Novel Prize-winning scientific research. Treating food as the most powerful drug available, The Zone plan shows how food, when used unwisely, can be toxic. Used wisely however, it will take anyone into the Zone, a state of exceptional health familiar to champion athletes.
Now the benefits of Barry Sears߲evolutionary program can be experienced in just one week! With A Week in the Zone, everyone can start on the path to permanent weight loss and learn how to burn body fat, and keep it off - without deprivation or hunger.
They'll also discover how the Zone helps to both increase energy and fight heart disease, diabetes, PMS, chronic fatigue, depression, and cancer.

Dr. Barry Sears is recognized as one of the world's leading medical researchers on the hormonal effects of food. He is the author of the number one New York Times bestseller The Zone as well as Mastering the Zone, Zone-Perfect Meals in Minutes, Zone Food Blocks, A Week in the Zone, The Age-Free Zone, The Top 100 Zone Foods, The Soy Zone, The Omega Rx Zone, Zone Meals in Seconds, and What to Eat in the Zone. His books have sold more than five million copies and have been translated into twenty-two languages in forty countries. He continues his research on the inflammatory process as the president of the nonprofit Inflammation Research Foundation in Marblehead, Massachusetts. The father of two grown daughters, he lives in Swampscott, Massachusetts, with his wife, Lynn.

Schreiben Sie eine Bewertung für: Week in the Zone, A