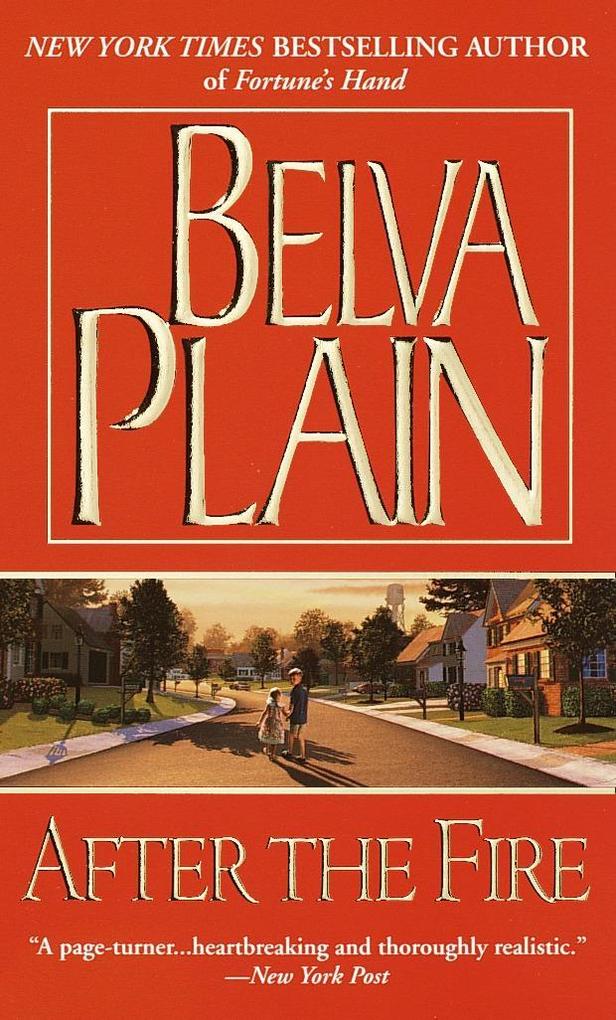 In her stunning new novel, New York Times-bestselling author Belva Plain penetrates a shattered marriage to explore one of the most provocative issues of our time. Once again Plain proves herse … weiterlesen

What happens when the picture-perfect marriage dissolves?

In her stunning new novel, New York Times-bestselling author Belva Plain penetrates a shattered marriage to explore one of the most provocative issues of our time. Once again Plain proves herself the writer who sets the standard for family stories in a novel that is at once harrowing and deeply moving.

Gerald and Hyacinth had the kind of marriage others envied. She was a beautiful artist. He was a brilliant plastic surgeon. Theirs was a comfortable, happy home with two wonderful children. Then whispers of betrayal tainted Hy's perfect marriage. And in one terrible night she commits an act she will regret for the rest of her life. An act that gives Gerald the ultimate weapon: blackmail.

The price of his silence is uncontested custody of their two children. When her own beautiful, angry mother wants to know why she won't fight for custody, Hy can give no answers. But deep in her heart, Hy knows there is one question she must answer if she wants to free herself from a life of lies: What really happened that terrible night? Only then can she reclaim her children, her pride, her life—at last.


Belva Plain captured readers' hearts with her first novel, Evergreen, which Delacorte published more than 30 years ago. It topped the New York Times best-seller list for 41 weeks and aired as an NBC-TV miniseries. In total, more than 20 of her books have been New York Times best sellers.

Before becoming a novelist, Belva Plain wrote short stories for many major magazines, but taking care of a husband and three children did not give her the time to concentrate on the novel she had always wanted to write. When she looked back and said she didn't have the time, she felt as though she had been making excuses. In retrospect, she said, "I didn't make the time." But, she reminded us, during the era that she was raising her family, women were supposed to concentrate only on their children. Today 30 million copies of her books are in print.

A Barnard College graduate who majored in history, Belva Plain enjoyed a wonderful marriage of more than 40 years to Irving Plain, an ophthalmologist. Widowed for more than 25 years, Ms. Plain continued to reside in New Jersey, where she and her husband had raised their family and which was still home to her nearby children and grandchildren until her death in October 2010.