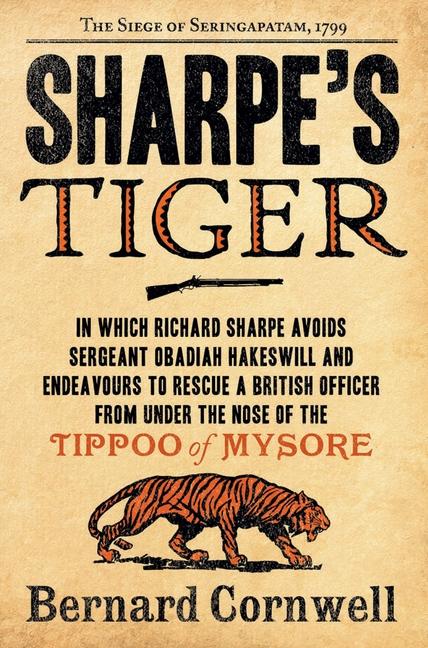 From New York Times bestselling author Bernard Cornwell, the first exciting adventure in the world-renowned Sharpe series, chronicling the rise of Richard Sharpe, a Private in His Majesty's Army at the siege of Seringapatam.

Richard Sharpe. Soldier, hero, rogue-the man you always want on your side. Born in poverty, he joined the army to escape jail and climbed the ranks by sheer brutal courage. He knows no other family than the regiment of the 95th Rifles, whose green jacket he proudly wears.

BERNARD CORNWELL is the author of the acclaimed New York Times bestselling Saxon Tales series, which includes The Last Kingdom, The Pale Horseman, Lords of the North, Sword Song, The Burning Land, Death of Kings, The Pagan Lord, and, most recently, The Empty Throne and Warriors of the Storm, and which serves as the basis for the hit television series The Last Kingdom. He lives with his wife on Cape Cod and in Charleston, South Carolina.