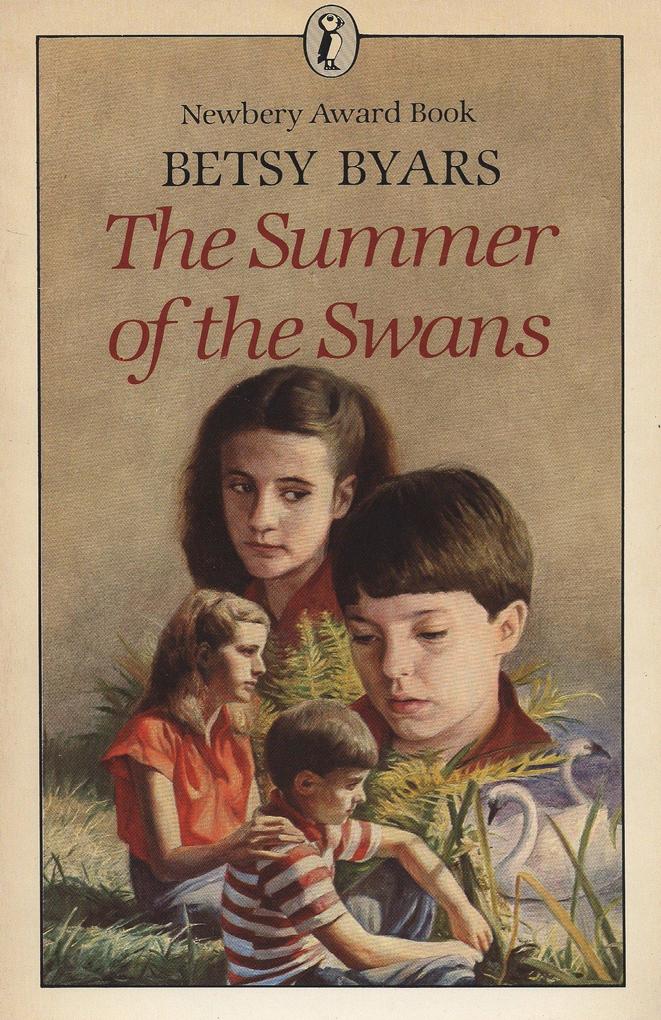 The Summer of the Swans

All summer Sara Godfrey has fretted over herself, her impossible body, her terrible new haircut. One moment she's elated, the next, she's in tears. And she can't figure out why. Maybe her wildly changing moods are tied to the su … weiterlesen
Geschenk per Mail versenden
Taschenbuch

Titel: The Summer of the Swans
Autor/en: Betsy Cromer Byars

All summer Sara Godfrey has fretted over herself, her impossible body, her terrible new haircut. One moment she's elated, the next, she's in tears. And she can't figure out why. Maybe her wildly changing moods are tied to the sudden and unaccountable appearance of the swans, which hold the rapt attention of Charlie, Sara's mentally handicapped brother, who she loves far more than herself these days. In fact, it will be the sudden disappearance of Charlie that will compel Sara to abandon her own small, annoying miseries, and lose herself in searching for him. In her anguish, Sara turns to Joe Melby, whom she has long despised, and together they search through the dense woods and rough fields to find him. Sara knows that she will never be the same again.

Betsy Byars began her writing career rather late in life. "In all of my school years, . . . not one single teacher ever said to me, 'Perhaps you should consider becoming a writer,'" Byars recalls. "Anyway, I didn't want to be a writer. Writing seemed boring. You sat in a room all day by yourself and typed. If I was going to be a writer at all, I was going to be a foreign correspondent like Claudette Colbert in Arise My Love. I would wear smashing hats, wisecrack with the guys, and have a byline known round the world. My father wanted me to be a mathematician." So Byars set out to become mathematician, but when she couldn't grasp calculus in college, she turned to English. Even then, writing was not on her immediate horizon.First, she married and started a family. The writing career didn't emerge until she was 28, a mother of two children, and living in a small place she called the barracks apartment, in Urbana, Illinois. She and her husband, Ed, had moved there in 1956 so he could attend graduate school at the University of Illinois. She was bored, had no friends, and so turned to writing to fill her time. Byars started writing articles for The Saturday Evening Post, Look,and other magazines. As her family grew and her children started to read, she began to write books for young people and, fortunately for her readers, discovered that there was more to being a writer than sitting in front of a typewriter.
"Making up stories and characters is so interesting that I'm never bored. Each book has been a different writing experience. It takes me about a year to write a book, but I spend another year thinking about it, polishing it, and making improvements. I always put something of myself intomy books -- something that happened to me. Once a wanderer came by my house and showed me how to brush my teeth with a cherry twig; that went in The House of Wingscopyright © 2000 by Penguin Putnam Books for Young Readers. All rights reserved.

Schreiben Sie eine Bewertung für: The Summer of the Swans