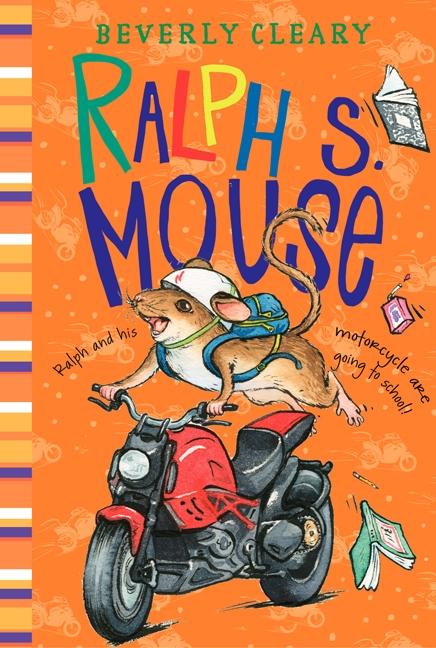 von Beverly Cleary
Empfohlen von 7 bis 10 Jahren. Harper Trophy. Sprache: Englisch.
Taschenbuch
In this third and final Ralph S. Mouse novel from Newbery Medal-winning author Beverly Cleary, Ralph heads to school to see what humans do all day . . . and to discover what the "S" in Ralph S. Mouse stands for!

In this third and final Ralph S. Mouse novel from Newbery Medal-winning author Beverly Cleary, Ralph heads to school to see what humans do all day . . . and to discover what the "S" in Ralph S. Mouse stands for!

With his rowdy cousins constantly wearing out his motorcycle and the Mountain View Inn manager threatening to take care of the mouse infestation once and for all, Ralph decides it's time to get away for a while. He convinces his human friend Ryan to take him along to school, where Ralph instantly becomes the center of attention.
But when Ryan's class decides to see how smart Ralph is by making him run a maze, the usually confident mouse starts to fret. What if he's not as clever as he thought?
Ralph S. Mouse is perfect for independent reading or for shared reading at home or in a classroom. This fun story is the third of a trilogy, along with The Mouse and the Motorcycle and Runaway Ralph, all inspired by the author's hope to create appealing books for boys and girls—and by the sight of her son playing with toy cars.

Beverly Cleary is one of America's most beloved authors. As a child, she struggled with reading and writing. But by third grade, after spending much time in her public library in Portland, Oregon, she found her skills had greatly improved. Before long, her school librarian was saying that she should write children's books when she grew up.
Instead she became a librarian. When a young boy asked her, "Where are the books about kids like us?" she remembered her teacher's encouragement and was inspired to write the books she'd longed to read but couldn't find when she was younger. She based her funny stories on her own neighborhood experiences and the sort of children she knew. And so, the Klickitat Street gang was born!
Mrs. Cleary's books have earned her many prestigious awards, including the American Library Association's Laura Ingalls Wilder Award, presented to her in recognition of her lasting contribution to children's literature. Dear Mr. Henshaw won the Newbery Medal, and Ramona Quimby, Age 8 and Ramona and Her Father have been named Newbery Honor Books. Her characters, including Beezus and Ramona Quimby, Henry Huggins, and Ralph, the motorcycle-riding mouse, have delighted children for generations.

Taschenbuch
The Mouse and the Motorcycle
von Beverly Cleary