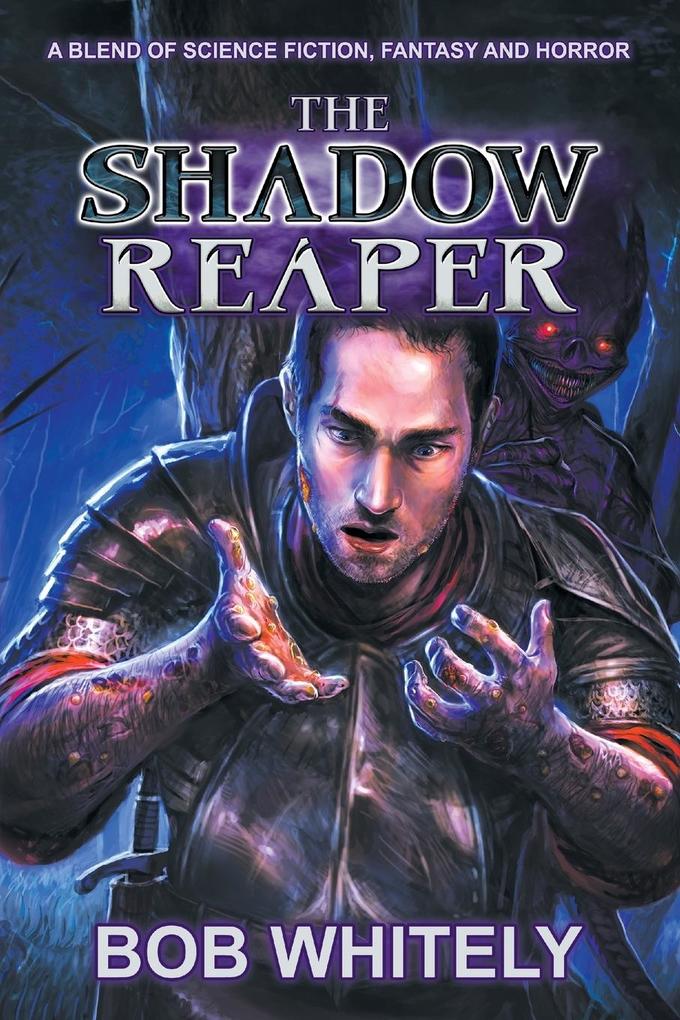 von Bob Whitely
A Blend of Science Fiction, Fantasy and Horror. Paperback. Sprache: Englisch.
Taschenbuch
The Shadow Reaper is a star-spanning tale of survival, doubt, and self-discovery in the 31st Century.

A starship caught inside the mysterious GodStorm slips through a dimensional rift. Shortly after regaining control of the ship in orbit around an anc … weiterlesen

The Shadow Reaper is a star-spanning tale of survival, doubt, and self-discovery in the 31st Century.

A starship caught inside the mysterious GodStorm slips through a dimensional rift. Shortly after regaining control of the ship in orbit around an ancient ringworld, the crew faces a creature they struggle to even prove exists. Soon, that terrifying battle for survival engulfs the primitive inhabitants of the ringworld below, where a small town stands in the shadow of a dragon, and a reluctant knight must make the biggest decision of his life.

The Shadow Reaper is a smooth blend of science fiction, fantasy and horror set in the Cosmoverse, a universe where one seemingly insignificant person can change everything-not merely in one city or on one world, but perhaps even across the dimensions.

Illustrations and maps are included, as well as an overview of the Cosmoverse (the dying universe that most of our fiction is based in), and an excerpt from Voices, a novella by Bob Whitely.

Published by Cosmoverse Publishing, an imprint of QT Games LLC

Bob Whitely is an author, editor, game designer and commercial artist.
Passionate about blending genres, he created both the Cosmoverse and Toonaria Campaign Settings, two homologous, blended-genre universes. He also created the Cosmothea Roleplaying Game for his gritty Cosmoverse, and is developing Epic Destinies, a rules-lite roleplaying game for his seemingly light-hearted Toonaria.

After winning first place in a Dungeons & Dragons Monster Design contest, designing over two dozen board and card games and writing piles of stories, Bob decided it was past time to start sharing his creations and founded QT Games LLC.

He ran a successful Kickstarter for Arcane Synthesis: a Blended-Genre Anthology in 2014, and has also written and directed numerous plays and skits over the past eighteen years, acting in many of them both locally and abroad.

Currently, Bob is working on completing a bucket list of creative projects, after which he hopes to get out another bucket (he bought a truck load before realizing he'd never have time to fill them all.) He lives in Las Vegas, Nevada, where he pursues his greatest passion, his adventures with his wife, sons and an adorable chieweenie.