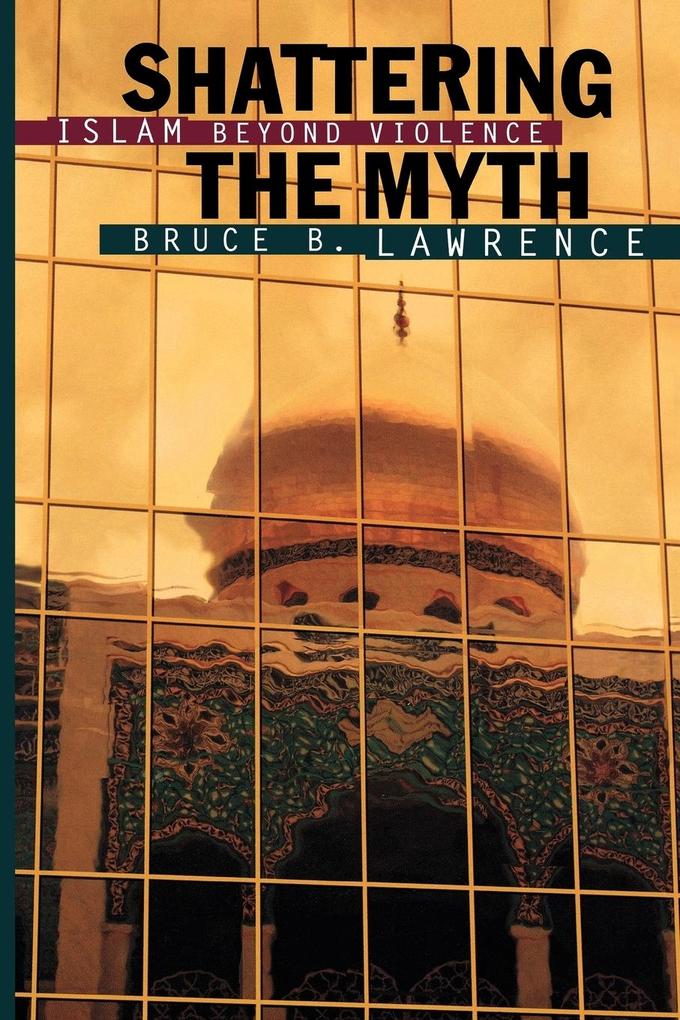 Islam is often portrayed, especially in Western media, as an alien, violent, hostile, and monolithic religion, whose adherents are intent upon battling nonbelievers throughout the world. Shattering the Myth demonstrates that these conceptions more accurately reflect the bias of Western reporters than they do the realities of contemporary Islam. Westerners are barraged by images of violence that usually originate from armed confrontations in one small corner of the world. Islam, Bruce Lawrence argues, is a complex, international religious system that cannot be reduced to stereotypes. As Lawrence demonstrates, Islam is a religion shaped as much by its own postulates and ethical demands as by the specific circumstances of Muslim people in the modern world.

The last two hundred years have brought many challenges for Muslims, from colonial subjugation through sporadic revivalism to elitist reform movements and, most recently, pervasive struggles with fundamentalism. During each period, Muslims have had to address internal tensions, as well as external threats. Today Muslims in the post-colonial era, only some of whom are Arab and living in the Middle East, are playing ever greater roles in economic changes, both regional and international. As the impact of these changes has become evident in societies around the globe, new leaders have come into public view. The most remarkable emerging presence is that of Muslim women. Lawrence argues that it is the experience of Muslim women in particular that calls for a more nuanced understanding of Islam today.

It is time, Lawrence believes, to replace inaccurate images of Islam with a recognition of the multifaceted character of this global religion and of its widely diverse adherents. Here he describes changes that are taking place throughout the world, particularly in Southeast Asia, enacted by governments and nongovernmental organizations alike. In a time of rapid international change, Lawrence suggests that it is time for our images of Islam to reflect more clearly the realities of Islam as it is lived. Shattering the Myth provides significant insights into the history of Islam and a greater understanding of the varied experiences of Muslims today.

"An informed interpretation of the contemporary Muslim experience . . . Lawrence's explanations for the particular states of affairs in Egypt, Iran, Pakistan, and Malaysia, among other cases, are compelling . . . [A] distinguished contribution."--From the foreword by James Piscatori and Dale F. Eickelman

"Bruce Lawrence's excellent analysis of Islam today brings together socioeconomic, historical, political, and religious elements, and sets these against the backdrop of global capitalism and high technology ... Shattering the Myth is an extremely well argued, well developed and well documented book that serves as a basis for further studies of Islam and the images held about it."--Middle East Journal "In this thought provoking and informative work, the author ... seeks to dispel the misconceptions and fears about Islam which are too often held by those with an incomplete understanding of what Islam is and what its followers believe and seek... Anyone wishing to develop an accurate understanding of the subject should read this book."--Virginia Quarterly Review "In Shattering the Myth, Bruce Lawrence takes us beyond the headlines and CNN broadcasts and shows us an Islam that is not quite as neat and tidy as popularly presented."--Ethnic Conflict "The book makes the commonsense yet often overlooked argument that Islam must be understood, in its variety, as a complex and developing religious system not separated from the everyday and global concerns of Muslims... Insightful analysis."--Religious Studies Review "Shattering the Myth is an important book... It is a brilliant example of applied religious studies."--History of Religions "A timely contribution to an ongoing debate on the relationship between Islam and violence, a debate that has shed more heat than light. It cannot afford to be ignored by anyone interested in the relations between Muslims and people of other faiths."--Islamic Studies