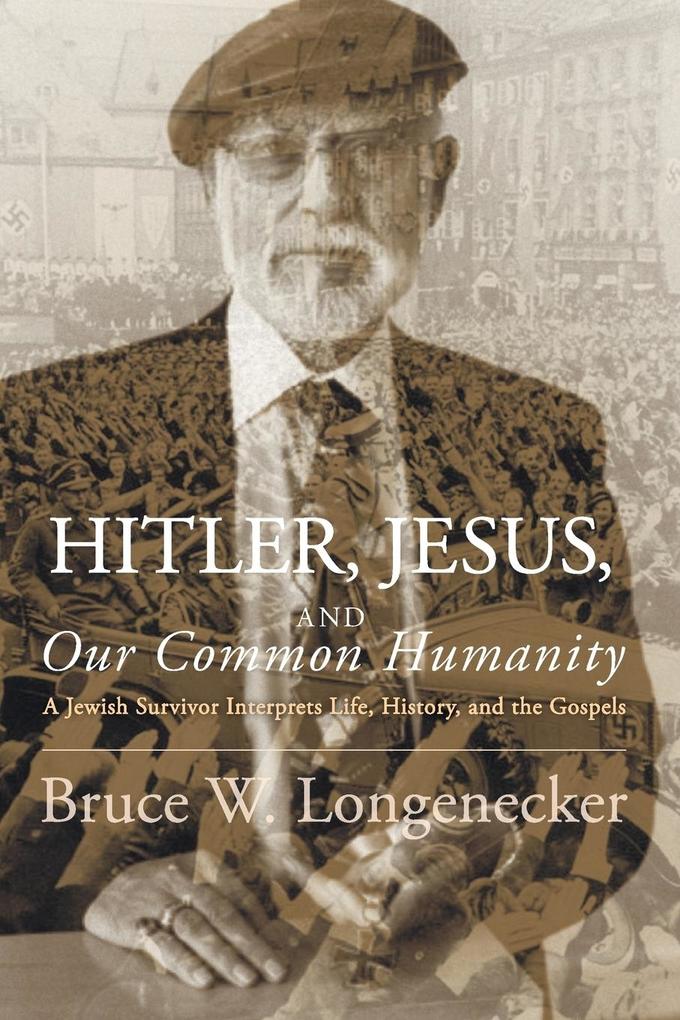 Hitler, Jesus, and Our Common Humanity

von Bruce W. Longenecker
A Jewish Survivor Interprets Life, History, and the Gospels. Paperback. Sprache: Englisch.
Taschenbuch
This book follows the journey of a Jew who fled Nazi Germany but could not exorcise its evils from his theological and literary imagination. Having spent his early years trying to escape from his encounters with Nazism, Rolf Gompertz spent his later … weiterlesen
Dieser Artikel ist auch verfügbar als:
Geschenk per Mail versenden
Taschenbuch

This book follows the journey of a Jew who fled Nazi Germany but could not exorcise its evils from his theological and literary imagination. Having spent his early years trying to escape from his encounters with Nazism, Rolf Gompertz spent his later years trying to interpret the contours of evil that he had experienced in Hitler's Germany.
The spiritual journey of Rolf Gompertz offers intrigue, instruction, and challenge. It is the story of how a small Jewish boy, cowering under the talons of prejudice and protected only by the love of his parents, emerged to craft a life that directly refuted the ideology that propped up the power structures of Nazi Germany.
Along the way, Gompertz came to recognize in the folds of the Christian Gospels the story of another Jew who had stood in opposition to a similar configuration of ideology and power. In retelling that story as a committed Jew, Gompertz offered a robust "response to Hitler"--a refutation of the malevolent forces that seek to dismantle "our common humanity."

"Rolf Gompertz, German-American Jewish author of A Jewish Novel about Jesus, may be an unusual subject for a non-Jewish New Testament scholar. Longenecker's fascinating book, however, demonstrates both the possibility and value of studying the 'other' by bringing us into the experience of a frightened child in the aftermath of Kristallnacht and making us care about the compassionate, outward-looking adult who seeks harmony between Jews and Christians. A compelling and important book."
--Adele Reinhartz, Department of Classics and Religious Studies, University of Ottawa, Ontario, Canada

"Bruce Longenecker offers a moving and insightful account of the life and literary work of Rolf Gompertz. Gompertz's resistance to hatred and tyranny emerges as he sets the death-bringing love of power against the life-giving power of love, and constantly affirms against evil ideology and intolerance of difference 'our common humanity.' This is an important book."
--Warren Carter, Professor of New Testament, Brite Divinity School, Fort Worth, TX

"In this fascinating book, Bruce Longenecker seamlessly mixes the genres of historical reconstruction, biography, literary assessment, and New Testament exegesis in order to tell the important story of Rolf Gompertz's survival of Nazi Germany and the Jesus novel he later wrote as a response to that experience. Reminding readers of the importance of 'our common humanity,' Longenecker's tribute to Gompertz makes its own welcome contribution to Jewish-Christian relations."
--Chris Keith, Professor of New Testament and Early Christianity, St. Mary's University, Twickenham, UK

"Longenecker provides an unusual entry point for considering the intersection of Christianity and the Holocaust by investigating a man's life and his work of fiction. While Rolf Gompertz and his work are central to most of the narrative, Longenecker's own insights into the historical tensions in the history of Christianity's attitude toward Jews and Judaism shapes the reader's experience. Especially noteworthy is the nuanced reading of a key passage in Matthew 27; while included as an appendix, it represents a significant contribution to the question of Jewish-Christian dialogue over the history and use of canonical texts."
--David H. Aaron, Professor of Hebrew Bible and the History of Interpretation, Hebrew Union College-Jewish Institute of Religion, Cincinnati, OH

Bruce W. Longenecker is Professor of New Testament and holds the W. W. Melton Chair of Religion at Baylor University. His most recent books include Remember the Poor: Paul, Poverty, and the Greco-Roman World (2010) and Hearing the Silence: Jesus on the Edge and God in the Gap--Luke 4 in Narrative Perspective (2012).