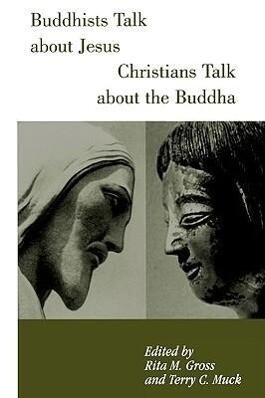 What does Jesus mean to a Buddhist, or the Buddha to a Christian? What is it about the Buddha that is appealing to a Christian, or unappealing? In this volume 12 scholars, six of them Christian and six of them Buddhists, speak simply and from the heart about their personal relationship to the great religious leader from the other tradition. The diversity of views within each tradition could be a shock to the average Buddhist or Christian on the street. Buddhists argue about Buddha's nature, Buddha veneration, and the role the Buddha plays in human liberation. Christians argue about Jesus' human and divine status, his uniqueness, and the role he plays in human salvation. The contributors celebrate the family likeness between Jesus and the Buddha, but they also acknowledge the differences as well, for it is at the points of difference that potentially there is the most opportunity for growth.

Originally a dedicated issue of a small, professorial journal, this set of essays has little of the musty academic's study about it. The scholarly contributors, six Buddhists and six Christians, speak personally to clearly convey the exceptions they take with either Jesus or the Buddha. The Buddhists' discomfort with Jesus arises from exclusive claims about him that he is the unique Messiah, the unique personification of divinity, the unique facilitator of salvation. The deepest difference the Christian contributors have with the Buddha is over his stress on salvation by solitary effort, which they contrast with Jesus' invitation to salvation and promise of aid in achieving it. (John Dominic Crossan provocatively points out the class distinction between the well-born Buddha and the peasant-born Jesus. He also calls Christian exclusivity "implicitly genocidal.")--Sanford Lakoff "Booklist "