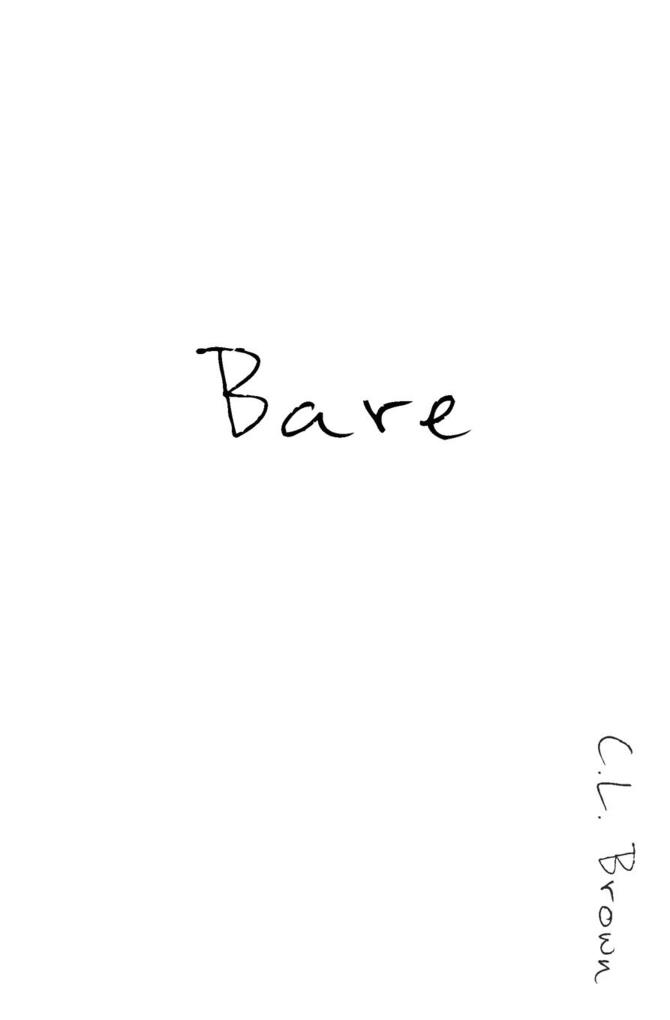 12% Rabatt³ sichern mit Gutscheincode: MAI12
​
Sometimes you have to become nothing before you can blossom into something. This quotation, from C. L. Brown himself, speaks to the very essence of this poetry collection. Quite simply, he lays it Bare. Inspiring, soulful, raw, passionate, powerful, … weiterlesen
Dieser Artikel ist auch verfügbar als:
Geschenk per Mail versenden
Taschenbuch

Sometimes you have to become nothing before you can blossom into something. This quotation, from C. L. Brown himself, speaks to the very essence of this poetry collection. Quite simply, he lays it Bare. Inspiring, soulful, raw, passionate, powerful, and gripping. You will be taken on an enchanting journey as Brown peels back layers of himself with a courage that is purely magnetic. Prepare yourself for a front row seat into the heart, and soul of the author as he takes you to a place where you will feel as though these words were written for you, and not another soul in this world. Scattered throughout the book, the reader will find what Brown refers to as the skipped beats of his heart; a collection of quotes that will inspire, motivate, and empower him or her. So, get yourself ready for an encounter you will not soon forget.

C. L. Brown is a Writer & Poet who draws inspiration from nature, spirituality, and the purest of sentiments, love. Born in Mandeville, Jamaica in 1978, he was raised with strong spiritual values under the guardianship of his grandmother, and later his parents as he migrated to the United States to live with them at 12 years of age. This he clearly conveys in his art through copious spiritual references, whether writing about romance, or diving within his own soul, seemingly in search of God.

C. L Brown's passion for writing commenced in mid 2007 when he, unintentionally, started writing poems on Social Media websites. His followers were immediately drawn to his work, and over the next 6 years, pleaded with him to publish his art.

In 2015, he published his debut book, a collection of poems, entitled "Loud Whispers of Silent Souls." With this publication, he embarked upon a journey that would garner attention around the world, inspiring as many as would listen to, and/or read his poetry. In December 2016, he published his second collection of poems in the book entitled "Bare." As the title suggests, he laid his soul bare in this beautiful work of art. C. L. Brown's poetry is an amalgam of sensuality, spirituality, and romanticism that has earned him the title, "The Romance Poet" among his readers.

In his own words, his life's mission is to "leave this world better than I found it," and he's doing so, one word, one poem, at a time.