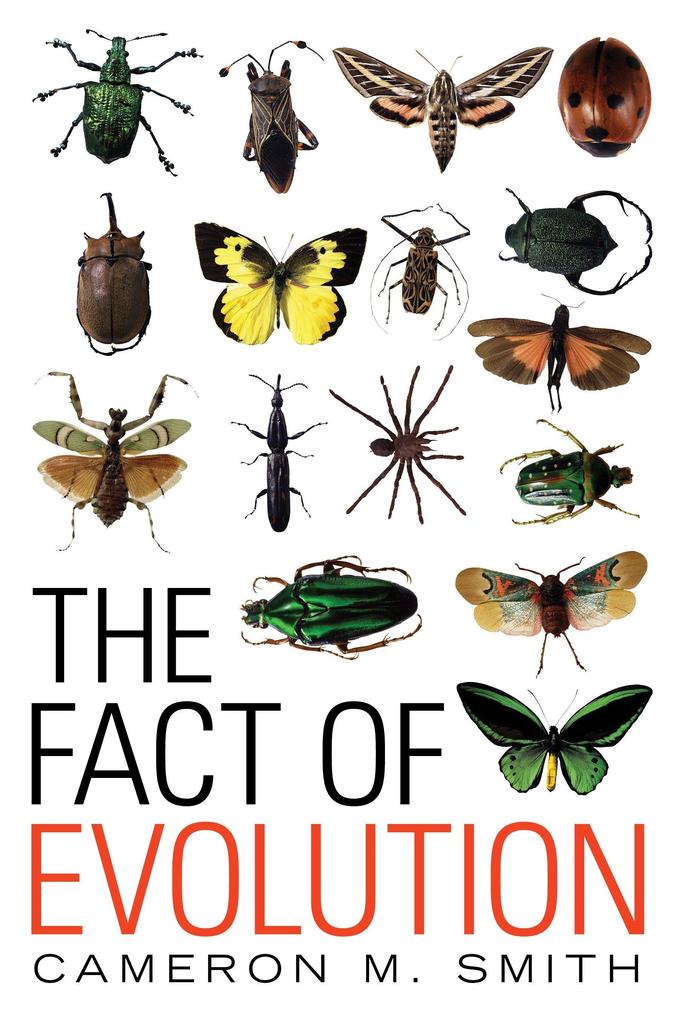 The Fact of Evolution

von Cameron M. Smith
photographs throughout. Sprache: Englisch.
Taschenbuch
Evolution is often described as a "theory." While this is certainly technically true, it is misleading to dismiss evolution as "just a theory" (an unfounded idea), as opponents of evolution like to do. This illuminating work of popular science amply … weiterlesen
Geschenk per Mail versenden
Taschenbuch

Evolution is often described as a "theory." While this is certainly technically true, it is misleading to dismiss evolution as "just a theory" (an unfounded idea), as opponents of evolution like to do. This illuminating work of popular science amply demonstrates that there are few more well-established facts in the scientific canon than that life evolved on earth.

Walking the reader through the steps in the evolutionary process, the author uses plenty of real-world examples to show that not only does evolution happen, it must happen. The author analyzes evolution as the unintended consequence of three independent facts of the natural world that we can observe every day: (1) the fact of the replication of life forms (producing offspring); (2) the fact that offspring are not identical (variation); and (3) the fact that not all offspring survive (selection). Viewed in terms of this analysis, evolution is no longer debatable; in fact it has to occur. It is simply the inevitable consequence of three obvious, observable, factual natural phenomena.

The book also covers new discoveries in evolution, many of which have occurred in the last twenty years of the "genomic revolution" and have strengthened Darwin's basic idea. In addition, the author discusses complex theoretical issues such as speciation, phyletic gradualism vs. punctuated equilibrium, the "Evo-Devo" paradigm, and the concept of bauplane, as well as the facts of primate and hominid evolution.

Well-organized, clearly written, and accessible, this book is ideal for students or any interested lay readers.

Cameron M. Smith, Ph.D. (Portland, OR), is a prehistorian at Portland State University's Department of Anthropology and a popular science writer. He is the author of The Top Ten Myths about Evolution (with Charles Sullivan) and, in addition to his scientific works, has published articles in Scientific American MIND, Archaeology, Playboy, Spaceflight, Skeptical Inquirer, and The Writer.

"Dozens of observed instances of speciation illustrate Smith's technical points about how environmental pressures force evolution forward...Also attentive to the historical development of evolutionary theory, Smith instills in his readers the provisional and exploratory character of science, encouraging them to make their own discoveries in the list of books and websites with which he closes."
-Booklist