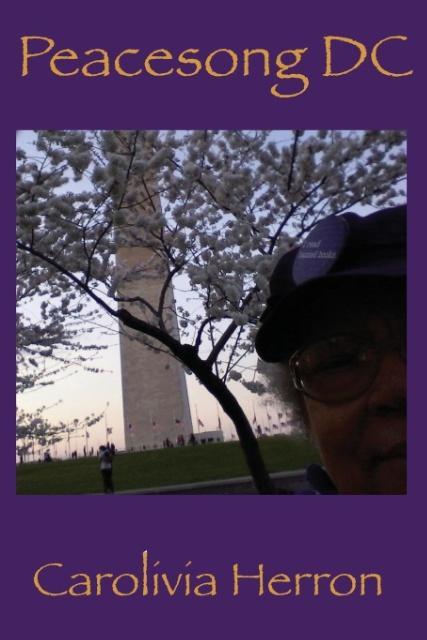 Shirah Shulamit Ojero has four loves, her African American culture, her Jewish heritage, academic study - especially the study of literary epics - and her city, Washington, DC. Peacesong DC displays the interconnection of these four loves as Shirah grows up in the Washington DC neighborhoods of Mayfair Mansions, Kenilworth, Anacostia, Takoma DC. and downtown. Throughout her life, Shirah connects with the buildings and images of the National Mall which she considers the epic center of the United States. After graduating from DC Public Schools (Neval Thomas, Woodson, and Coolidge), Shirah pursues academic degrees at Howard University, Eastern Baptist College, Villanova University, the Folger Library Institute, and the University of Pennsylvania. Although all of the stories told in Peacesong DC are based on actual events in the author's life, the book is classified as fiction rather than non-fiction because the stories bend toward the arc of storytelling rather than that of rigid facts. If something in the story appears particularly improbable, it is likely to be the truth. For the full hilarious story of how Shirah (aka Asenath) becomes an educator at Harvard University (West Cambridge U) and a librarian in ancient Egypt, see the author's longer work, Asenath and the Origin of Nappy Hair.

Carolivia Herron is an African American Jewish author, educator and publisher living in Washington, DC. She received her Ph.D. in Comparative Literature and Literary Theory at the University of Pennsylvania and has held professorial appointments at Harvard University, Mount Holyoke College, California State University, Chico, and the College of William and Mary. Most recently she has been the Distinguished Visiting Scholar of Project Humanities at Arizona State University. Carolivia Herron has won writing awards and commendations from Be'chol Lashon, Kulanu, Parenting Magazine Reading Magic, Marian Vanett Ridgway Awards, the Patterson Poetry Center, the Elizabeth Stone Memorial Award, and the Exceptional women in the Arts Award from Washington, DC Mayor Muriel Bowser. Dr. Herron publishes and promotes the writings of Jews of Color internationally including books by the Igbo of Nigeria, the Lemba of Zimbabwe, and the Beta Israel of Ethiopia and Israel. She directs the EpicCentering the National Mall project which connects the work of young local writers with our national epic as expressed in exhibits on the National Mall. Carolivia is a writer with the Pen-Faulkner Writers In Schools program, and is an active member of Tifereth Israel Congregation of Washington, DC.