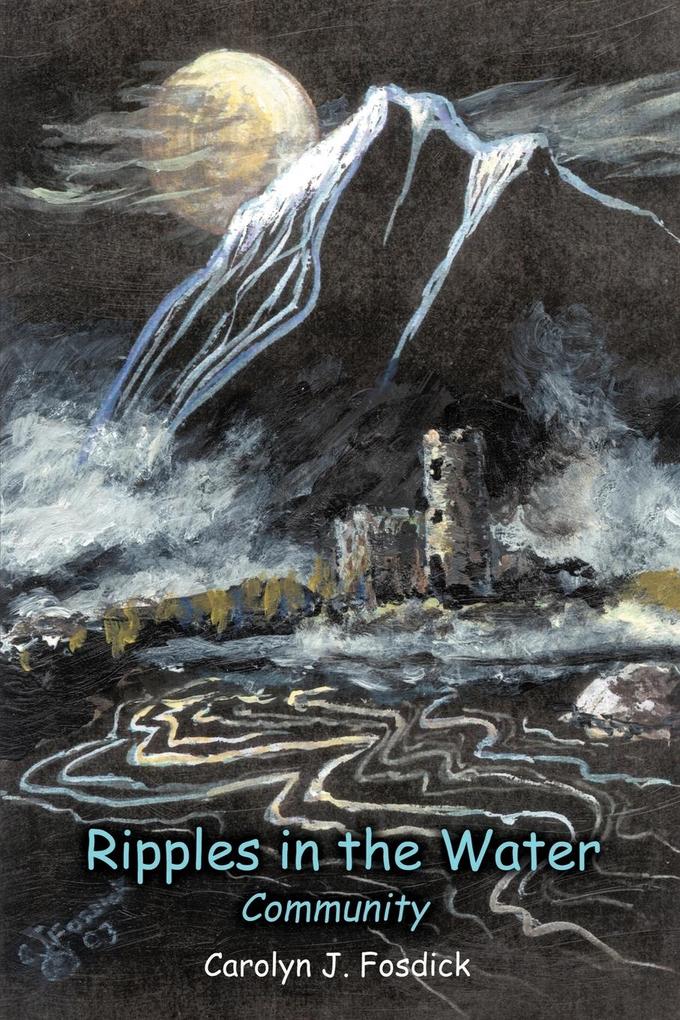 Ripples in the Water

von Carolyn J. Fosdick
Community. Paperback. Sprache: Englisch.
Taschenbuch
A mere youth faced the most powerful men in school, a David facing not one Goliath but two. Alone, he challenged them, holding firm, not wavering, obstinately standing up for what he knew was right. He stood before them and fought to stop what was … weiterlesen
Geschenk per Mail versenden
Taschenbuch

A mere youth faced the most powerful men in school, a David facing not one Goliath but two. Alone, he challenged them, holding firm, not wavering, obstinately standing up for what he knew was right. He stood before them and fought to stop what was being done to his new friend, a friend who was going through terrible persecution because he was different. The youth had lain awake the night before and planned to go to war. He had pledged on his sacred honor to fight to help this friend. No one knew of this pledge. Except God, so Andy knew he couldn't back out. He had everything to lose, but still he stayed and faced the bullies because he knew what was going on was wrong. Besides, his father had made him a man that morning, and a real man didn't turn and run like a craven coward, his tail between his legs. Andy stayed firm and soon others stood with him, challenging the bullies, too. By afternoon, the whole community was involved in what was now being called, "Andy's War."

This sequel to The Other Son continues the story of the Bjorn family and Jock, the strange boy who blew into their barn in a raging blizzard, nearly dead. If Gus and Annie are to save Jock's life, they need to rush him to a specialist in Denver, leaving their children home, not realizing they are leaving them alone facing life-threatening circumstances.

The book is the continuing story of Jock, who for the first time in his life finds a family who loves him, a family willing to sacrifice anything they can to get him well. Jock has been so lost, so bitter, so alone before he came, can he believe the family actually want him, that they won't throw him away as his mother did, that he really can turn his life around and become a different person, one the family will be proud of?

Ripples in the Water also shows a cross-section of a small, rural community in the Great Depression. From the crusty old janitor, Pete, who recites poetry to the new banker, T. Cameron Ross from Boston, who thinks he has arrived at the end of the world, we become involved in the lives of the people in Bloody Scalp, Montana. We cry for the couple who lose their beloved child because they have no money to get her the milk she needs to live. We laugh at the antics of Ralphie ("My name is Ralph") the smallest boy in the eighth grade, and we hurt for Bart and his mother, Rosa, who loses her daughter at birth and is devastated. Mostly, we cheer for Andy, for his rag-tail little army who stand beside him, and for the various minorities he champions. We glow with pride as his sister, Mary Kate, attempts to stop Andy's war with words and ideas, not violence. We stand horrified with our backs against the wall as the school principal tries to kill Jerome, the new kid in school.

Mostly, Ripples in the Water is an enduring love story of Annie and Gus, both immigrants, who meet in 1914 on Ellis Island. They cleave out a new life in a new land, face whatever tribulations come their way together, their love growing stronger each year, until--

Annie discovers that that Jock is Gus's other son --- a son he didn't know existed. Can Annie find it in her heart to forgive her gentle giant who has been her lover and friend through the years, who has comforted her, has given her strength when she lost hers --- can Annie forgive Gus the sin of passion?