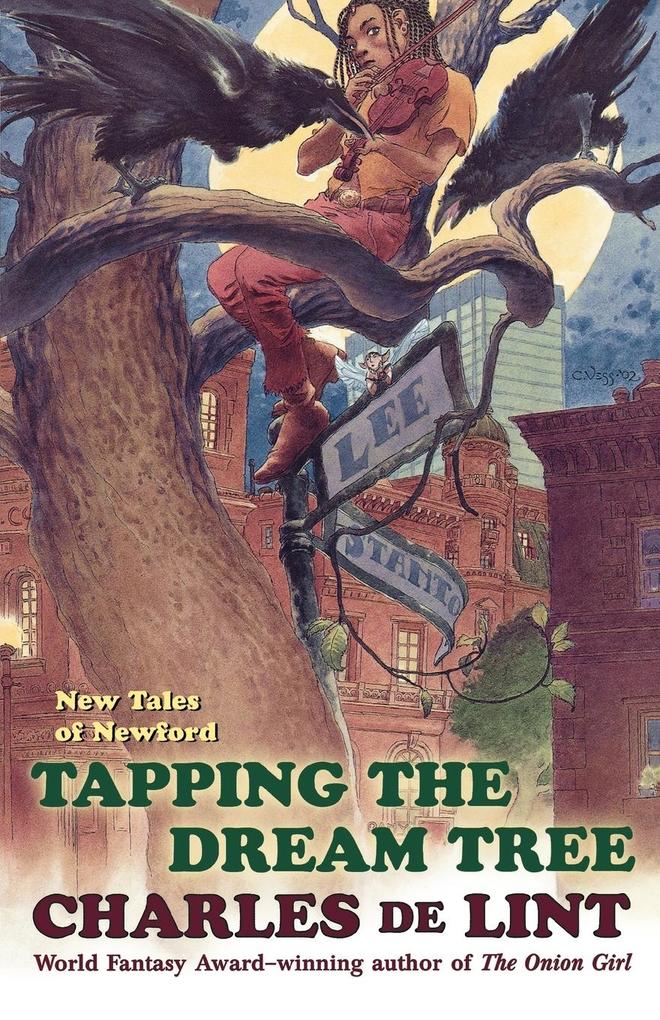 The city of Newford could be any contemporary North American city...except that magic lurks in its music, in its art, in the shadows of its grittiest streets, where mythic beings walk disguised. And … weiterlesen

The city of Newford could be any contemporary North American city...except that magic lurks in its music, in its art, in the shadows of its grittiest streets, where mythic beings walk disguised. And its people are like you and me, each looking for a bit of magic to shape their lives and transform their fate.

Here are a bluesman hiding from the devil; a Buffalo Man at the edge of death; a murderous ghost looking for revenge; a wolf man on his first blind date; and many more. We're reunited with Jilly, Geordie, Sophie, the Crow Girls, and other characters whose lives have become part of the great Newford myth. And beyond Newford's streets, de Lint takes us to the pastoral hills north of the city, where magic and music have a flavor different but powerful still.

Born in Holland in 1951, Charles de Lint grew up in Canada, with a few years off in Turkey, Lebanon, and Switzerland. Although his first novel was 1984's "The Riddle of the Wren," it was with" Moonheart," published later that same year, that de Lint made his mark, and established him at the forefront of "urban fantasy," modern fantasy storytelling set on contemporary city streets. " Moonheart "was set in and around "Newford," an imaginary modern North American city, and many of de Lint's subsequent novels have been set in Newford as well, with a growing cast of characters who weave their way in and out of the stories. The Newford novels include" Spirit Walk, Memory and Dream, Trader, Someplace To Be Flying, Forests of the Heart, The Onion Girl, "and" Spirits in the Wires." In addition, de Lint has published several collections of Newford short stories, including "Moonlight and Vines," for which he won the World Fantasy Award. Among de Lint's many other novels are "Mulengro, Jack the Giant-Killer, "and" The Little Country." Married since 1980 to his fellow musician MaryAnn Harris, Charles de Lint lives in Ottawa, Ontario, Canada.

"De Lint is a romantic; he believes in the great things, faith, hope, and charity (especially if love is included in that last), but he also believes in the power of magic-or at least the magic of fiction-to open our eyes to a larger world."-"Edmonton Journal"
"What makes de Lint's particular brand of fantasy so catchy is his attention to the ordinary. Like great writers of magic realism, he writes about people in the world we know, encountering magic as part of that world."-"Booklist"