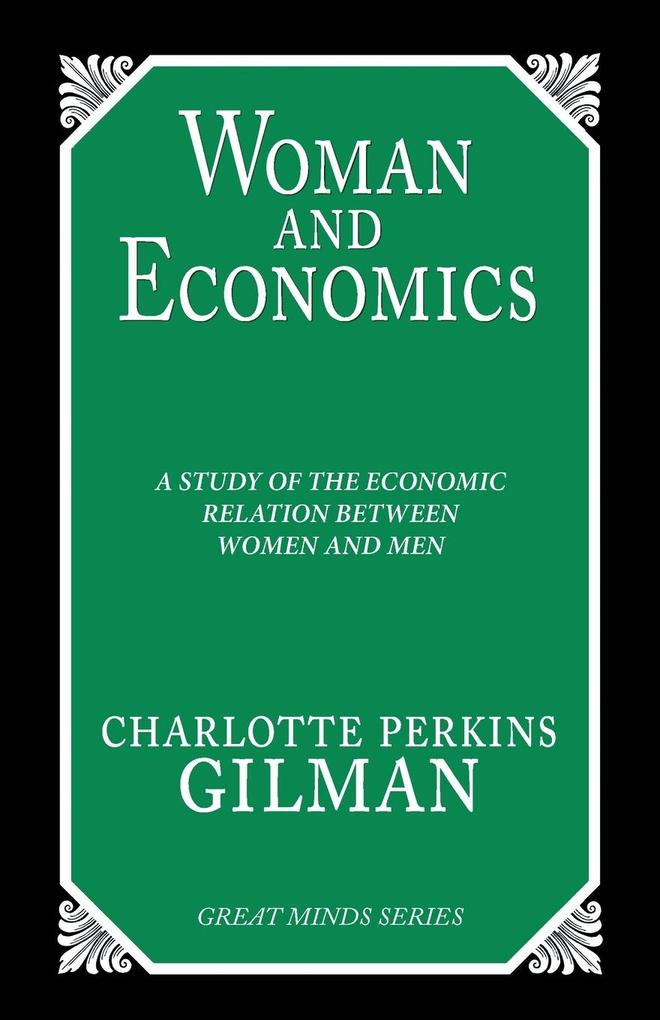 Charlotte Perkins Gilman (1860-1935) was an ardent feminist and outspoken champion of women's rights. In this profoundly insightful and cogently argued work, Gilman describes how the social and sexual disparities between men and women, long thought to be preordained and unchanging, are actually the result of economics. The position of women as the property of men, their inability to earn in proportion to the amount of work they do, and the very devaluation of their work, all tend to the exaggerated social differences between men as "providers" and "competitors" and women as "helpless" and "unproductive." These differences lead to social dysfunction and ultimately to the destruction of the bond that ought to exist between and unite the sexes. Gilman's classic plea for greater parity for men and women still speaks directly to the problems women continue to face in the workplace as well as to the ways men view women.

Charlotte Perkins Gilman (1860 - 1935) was born in in Hartford, Connecticut. Her father, Frederic Beecher Perkins, was the grandson of the theologian Lyman Beecher and nephew of Henry Ward Beecher and Harriet Beecher Stowe. Shortly after Charlotte's birth, her father left the family and thereafter provided only small support, thus forcing Charlotte, her mother, and her brother, Thomas, to move frequently over the next several years in search of work and financial help from relatives. After attending the Rhode Island School of Design, Charlotte worked as a governess and as an art teacher.

In 1884, she married her first husband, Charles Walter Stetson, by whom she had her only child, Katharine. Mrs. Stetson, however, could not endure domestic life with an overprotective and patronizing husband, and as a result suffered a nervous breakdown in 1885. Following a separation from her husband (they were divorced in 1894) and a recuperative move to California with her daughter, Charlotte Stetson began to devote herself to women's issues by lecturing and writing. Her powerful short story, "The Yellow Wallpaper" (1892), based on Mrs. Stetson's own experience, is the tale of a married woman who can escape from her domestic confinement and humiliation only through madness. Charlotte Stetson's feminist writings were influenced by the socialism of Edward Bellamy and the evolutionism of Charles Darwin. In her most influential work, Women and Economics (1898), she argued that the socioeconomic system currently enslaving women was not a natural "given" but rather a situation that could be rectified by rational and ethical analysis. She criticized the social and economic system that degraded women by relegating them to the status of chattel. The only remedy to this situation was to fit women to be economically independent through a radical reorganization of society based on feminist and socialist principles. Mrs. Stetson's bitingly satirical and profoundly insightful work was an immediate international success; it was praised in the Nation as "the most significant utterance on the subject since Mill's Subjectionof Women."

In 1900, Charlotte Stetson married her first cousin, George Houghton Gilman. But she remained resolutely independent, devoting herself to lecturing and writing. From 1909 to 1916, she edited and wrote The Forerunner, a feminist monthly magazine. In her book Man-Made World (1911), Mrs. Gilman described women as essentially peaceful and cooperative, while men were competitive and warlike. Until women claimed their rightful place, destructive male attributes would continue to dominate the world.