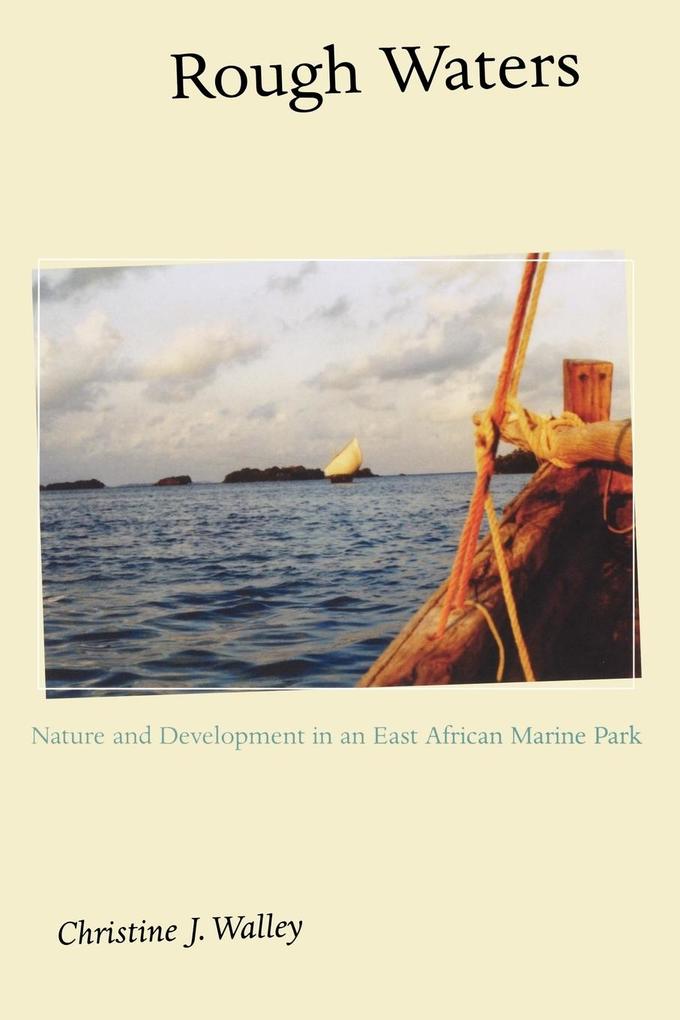 von Christine J. Walley
Nature and Development in an East African Marine Park. Paperback. Sprache: Englisch.
Taschenbuch
Rough Waters explores one of the most crucial problems of the contemporary era--struggles over access to, and use of, the environment. It combines insights from anthropology, history, and environmental studies, mounting an interdisciplinary challenge … weiterlesen
Geschenk per Mail versenden
Taschenbuch

Rough Waters explores one of the most crucial problems of the contemporary era--struggles over access to, and use of, the environment. It combines insights from anthropology, history, and environmental studies, mounting an interdisciplinary challenge to contemporary accounts of "globalization." The book focuses on The Mafia Island Marine Park, a national park in Tanzania that became the center of political conflict during its creation in the mid-1990s. The park, reflecting a new generation of internationally sponsored projects, was designed to encourage environmental conservation as well as development. Rather than excluding residents, as had been common in East Africa's mainland wildlife parks, Mafia Island was intended to represent a new type of national park that would encourage the participation of area residents and incorporate their ideas.

While the park had been described in the project's general management plan as "for the people and by the people," residents remained excluded from the most basic decisions made about the park. The book details the day-to-day tensions and alliances that arose among Mafia residents, Tanzanian government officials, and representatives of international organizations, as each group attempted to control and define the park. Walley's analysis argues that a technocentric approach to conservation and development can work to the detriment of both poorer people and the environment. It further suggests that the concept of the global may be inadequate for understanding this and other social dramas in the contemporary world.

List of Illustrations ix Acknowledgments xi Glossary of KiSwahili Terms xv Preface xix Introduction Conservation and Development in the Age of the Global 1 Part One 29 Chapter One Battling for the Marine Park 31 Part Two 67 Chapter Two "When People Were as Worthless as Insects": History, Popular Memory, and Tourism on Chole 69 Chapter Three The Making and Unmaking of "Community" 105 Chapter Four Where There Is No Nature 138 Part Three 167 Chapter Five Establishing Experts: Conservation and Development from Colonialism to Independence 169 Chapter Six Pushing Paper and Power: Bureaucracy and Knowledge within a National Marine Park 190 Chapter Seven Tourist Encounters: Alternate Readings of Nature and "Development" 217 Epilogue Participating in the Twenty-first Century 244 Notes 265 Bibliography 281 Index 299

Christine J. Walley is Associate Professor of Anthropology at the Massachusetts Institute of Technology

An outstanding example of a theoretically informed and contemporary anthropology. Rich in research and highly readable, it will be of interest to readers in multiple fields.