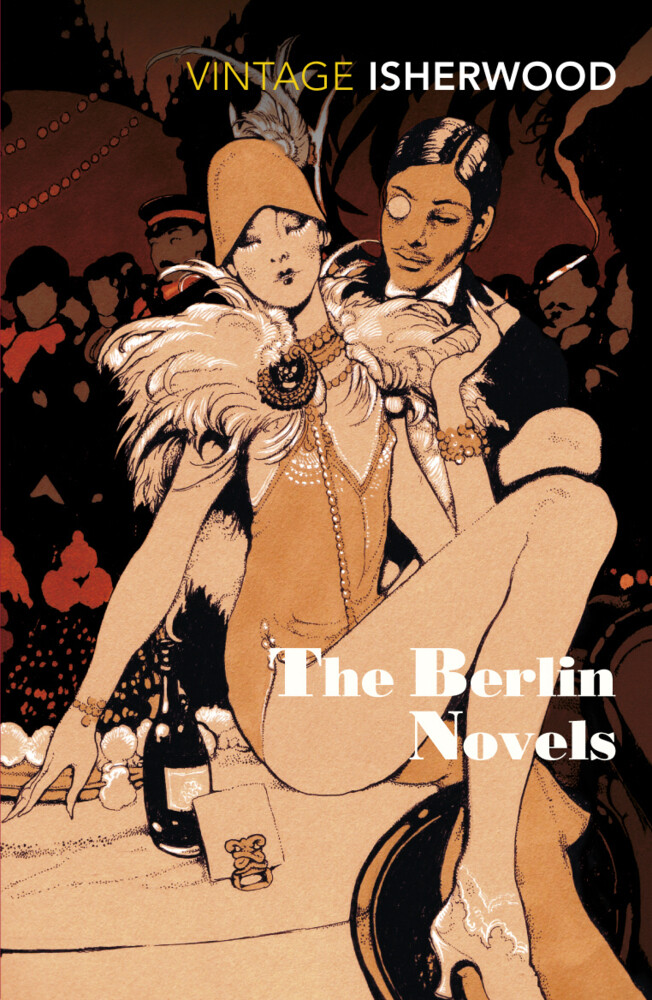 MR NORRIS CHANGES TRAINS
The first of Christopher Isherwood's classic 'Berlin' novels, this portrays the encounter and growing friendship between young William Bradshaw and the urbane and mildly sinister Mr Norris. Piquant, witty and oblique, it vividly evokes the atmosphere of pre-war Berlin, and forcefully conveys an ironic political parable.

GOODBYE TO BERLIN
The inspiration for the film Cabaret and for the play I Am a Camera, this novel remains one of the most powerful of the century, a haunting evocation of the gathering storm of the Nazi terror. Told in a series of wry, detached and impressionistic vignettes, it is an unforgettable portrait of bohemian Berlin, a city and a world on the very brink of ruin.

Christopher Isherwood was born at High lane, Cheshire, in 1904. He left Cambridge without graduationg, tried briefly to study medicine and in 1928 published All the Conspirators, followed by a second novel, The Memorial in 1932. From 1928 onwards he lived mostly out of England: four years in Berlin, five in various European countries including Portugal, Holland, Belgium and Denmark. In 1939 he went to California, which became his home for the rest of his life. His Berlin experiences produced two novels, Mr Norris Changes Trains (1935) and Goodbye to Berlin (1939).

Isherwood worked with the American Friends Service Committee during part of the war. In 1946 he became a US citizen. Following his move to America he wrote five novels - Prater Violet, The World in the Evening, Down There on a Visit, A Single Man and A Meeting by the River; a travel book about South America, The Condor and the Cows; and Ramakrishna and his Disciples, a biography of the great Indian mystic.

In 1971 he published Kathleen and Frank, a book based on the correspondence of his parents and his mother's diary, in 1977 Christopher and his Kind, an autobiographical account of the years 1929 to 1939, and in 1980 My Guru and His Disciple, the story of his friendship with the Swami Prabhavananda. He died in 1986.

"Isherwood is one of the great mythmakers of his time. The Berlin Novels are masterpieces, funny, darkly innocent explorations of a world Berlin in the Thirties that is now as firmly in the past as Pompeii" Observer
Kunden, die diesen Artikel gekauft haben, kauften auch