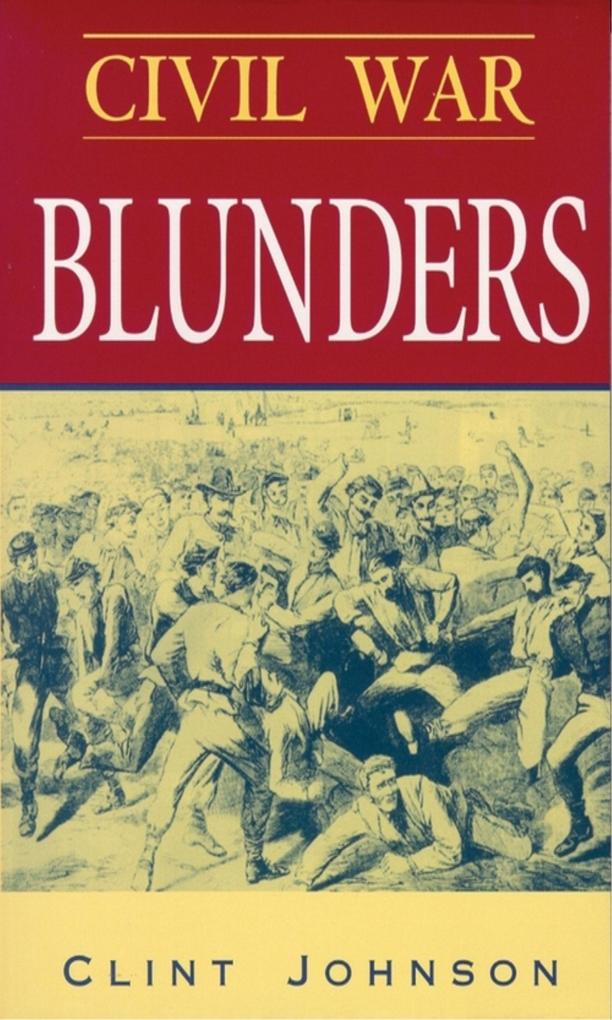 von Clint Johnson
Sprache: Englisch.
Taschenbuch
A look at human errors, foibles, and shortcomings that caused blunders and comical mistakes during the war

A look at human errors, foibles, and shortcomings that caused blunders and comical mistakes during the war

Clint Johnson is a native Southerner whose Scots-Irish and Welsh ancestors first settled in North Carolina in the 1730s and 1760s. One of those ancestors owned more than 100 acres on Manhattan Island, New York in the early 1760s, which he leased to the island's government for 99 years. When a grandson tried to reclaim the land for the family, those New York Yankees claimed their deed book had been lost in a fire and they would not honor the legitimate claim. As late as the 1920s, members of Clint's family were trying to sue New York City for the return of their property. Clint counts Confederate soldiers from Florida, Georgia, and Alabama among his more recent ancestors. He is a native of Fish Branch, Florida, an unmapped community of orange groves, cypress bayheads, cattle ranches, panthers, bobcats, alligators, and friendly neighbors. Fish Branch is what Florida was before Walt Disney World changed the state. He graduated from high school in Arcadia, Florida, the cow town whose wild and wooly residents inspired many of the cowboy paintings of Frederick Remington. He then graduated from the University of Florida with a degree in journalism. Fascinated with The War for Southern Independence (Northern readers can call it The Civil War if you wish) since the fourth grade, Clint has written eight books on The War. One of his favorite projects was helping Clarence "Big House" Gaines, one of the nation's best basketball coaches, write his autobiography. Clint has also written two corporate biographies, and hundreds of newspaper and magazine articles on business, history and travel. Clint, his wife Barbara, their cats, dog, and horse live in the mountains of North Carolina near where the Overmountain Men gathered to go fight the Tories at Kings Mountain, South Carolina, in the American Revolution.