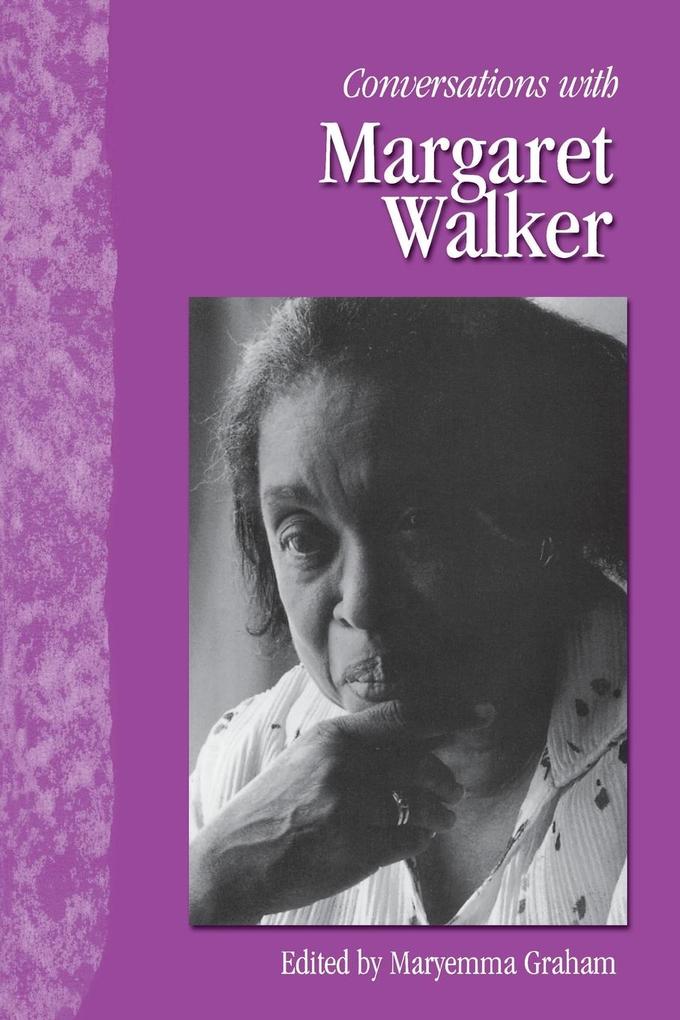 Paperback. Sprache: Englisch.
Taschenbuch
I read somewhere in Newsweek where Margaret Walker is one of those moral writers and that is supposed to be a form of derision. But to me, I could not have a greater compliment."

I read somewhere in Newsweek where Margaret Walker is one of those moral writers and that is supposed to be a form of derision. But to me, I could not have a greater compliment."


Margaret Walker (1915-1998) began her writing career as a poet in the late 1930s. But she was cast into the limelight in 1966 when her novel Jubilee was published to wide critical and commercial acclaim.

In interviews ranging from 1972 to 1996, Conversations with Margaret Walker captures Walker's voice as she discusses an incredibly wide range of interests. The same erudition, wit, and love of language on display in Jubilee comes through in conversations, as well as her sense of moral authority--imbued by a resonant Christian humanism--and her attention to historical detail.

In a long 1972 conversation with fellow poet Nikki Giovanni, Walker argues about the tribulations and triumphs of motherhood, the presence of black women in literature, and race relations in American culture from 1900 to the present. With Marcia Greenlee in 1977, she talks extensively about her family's history and her love of botany. In several of the interviews, her friendship with Richard Wright rises to the forefront. Even in her interviews with Claudia Tate and John Griffin Jones, in which the interviewers try to direct the conversations toward the mechanics and thought processes behind Walker's writing, the talks often sweep into broader issues of African American culture, family history, and the past's influence on the present.

This collection amply shows that Margaret Walker was a writer who considered her work to be deeply influenced by the culture around her. She viewed her writing as part of her larger life and not separate or distanced from her existence. Bracingly direct, witty, and oddly charming, the writer in Conversations with Margaret Walker is complicated, passionate, forceful, and piercingly intelligent.

Maryemma Graham, a professor of English at the University of Kansas, is the co-editor of Conversations with Ralph Ellison (University Press of Mississippi). She also edited How I Wrote Jubilee and Other Essays on Life and Literature by Margaret Walker, and On Being Female, Black and Free: Essays by Margaret Walker, 1932 1992.