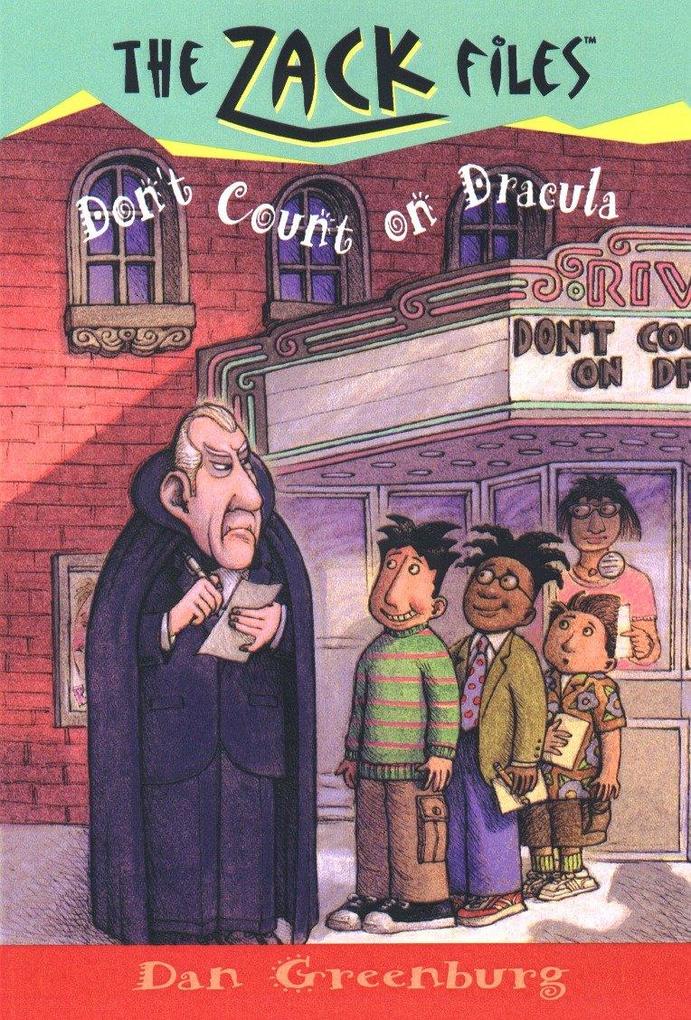 Strange things just won't stop happening to Zack! One more out-of-this-world adventures join this funny series about a 10 year old who's prone to paranormal problems. Zack enters a horror film fan contest, and he and his best friend win an evening with Mella Bugosi, an aging horror film star with a Transylvanian accent. It's not long before Zack notices Mella has some pretty odd habits: he avoids sunlight at all costs, he sleeps in a coffin, and...Zack hopes that's V-8 he's drinking! Could good old Mella be an actual vampire?

Dan Greenburg has known success as a humorist, a novelist, a journalist, a screenwriter, and a playwright. Now he has turned his considerable talent to writing an original new series of books for a younger audience. Inspired by his own son Zack, for whom the hero of his new series, The Zack Files, is named, Greenburg has combined his love of humor, his interest in things paranormal, and his talent for writing to create books that kids like Zack will want to read.With 18 books to his credit, Dan Greenburg's work has been translated into 19 languages and is available in 22 countries. His best-selling titles for adults include How to Be a Jewish Mother, How to Make Yourself Miserable, Scoring, Love Kills, How to Avoid Love and Marriage and Exes. His previous books for children include Young Santa, The Bed Who Ran Away From Home, Jumbo the Boy and Arnold the Elephant.His articles have appeared in the New Yorker, Esquire, Ms., Time, Newsweek, Life, New York magazine, Cosmopolitan, the New York Times Book Review, Vanity Fair, Playboy, and have been reprinted in 33 anthologies of humor and satire in the United States and England.Born and raised in Chicago, Dan Greenburg received a bachelor of arts degree from the University of Illinois, and his M.A. from UCLA. He is the father of Zack, a teenage son, who played the title role in the motion picture, LORENZO'S OIL, and served as the inspiration for The Zack Files. Mr. Greenburg lives in Westchester County, New York.